In life, if you must succeed you have to leave your comfort zone and work hard.

In life, if you must succeed you have to leave your comfort zone and work hard.

Gender bias in academia more about attitude than aptitude 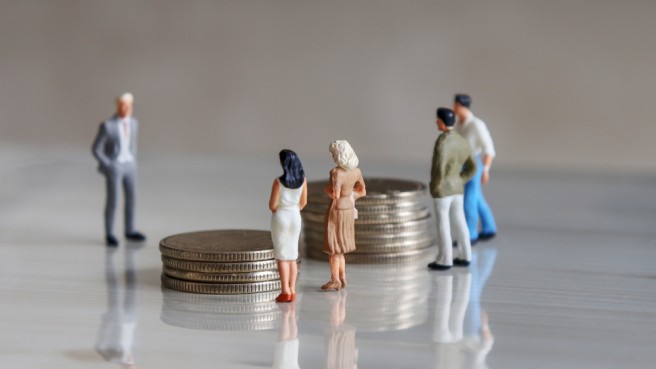 Academia was predominantly a man’s world till about a few decades ago when women began making their presence increasingly felt in the academic world. While the representation of women in fields such as life sciences and psychology underwent a significant change, they are still underrepresented in fields such as political science, physics, and philosophy. What is the reason behind this marginalization? A new study titled Expectations of brilliance underlie gender distributions across academic disciplines by psychologist Andrei Cimpian at the University of Illinois, Urbana-Champaign, and philosopher Sarah-Jane Leslie of Princeton University suggests that some fields that have a culture of laying emphasis on innate brilliance are likely to have fewer women as compared to the fields that stress the need for hard work to succeed.

Cimpian and Leslie became interested in the relegation of women in academic disciplines when they realized that the presence of women in their respective fields was drastically different. While fewer than 35 percent of Ph.D.s are awarded to women in philosophy, those in psychology are awarded more than 70 percent of the terminal degrees. Interestingly, they also noticed that while philosophy tended to place importance in the need for “raw inherent talent,” psychology considered hard work and dedication as important traits for success.

To understand whether the skew in gender ratio was rooted in these beliefs, Cimpian and Leslie conducted a survey which included graduate students, postdoctoral researchers, and faculty members at nine major U.S. research institutions belonging to 30 disciplines in STEM (science, technology, engineering, and mathematics) fields, social sciences, and humanities. They hypothesized that academic fields such as mathematics and physics that emphasize the need for “genius” would have fewer women compared to disciplines that stress the need for effort, due to the stereotype that women are less likely to be as intelligent as men to pursue an academic career. The participants of the study were asked to rate the importance of having “an innate gift or talent” or “a special aptitude that just can’t be taught” to succeed in their field versus the value of “motivation and sustained effort.” The survey results reflected the existence of a cultural bias against the women and their intellect. The highlights of the survey are discussed below.

Cultural bias is more about attitude, not aptitude

To find out whether the underrepresentation of women could be associated with factors other than the belief of the need for brilliance, the authors considered explanations such as women may have different academic preferences, were not willing to work for more hours, did not achieve the percentile required to enter a particular discipline, or were better at emotional understanding than abstract thinking. However, the likelihood of these factors playing a role in women’s academic careers was significantly less, and thus the authors rejected them. Their analysis reveals that women’s representation in any field depends largely on the expectation of brilliance the field projects rather than the actual intellectual level required. Hence, the bias has more to do with the attitude than the aptitude.

Is there a gender bias among academic scientists?
I have completed my PhD in Physical Chemistry from the…
23.2k

Minorities are no exception to cultural bias

While the study points out the bias women face in academia, the authors discovered that the same was extended to minorities. African-Americans are underrepresented in STEM professions as compared to Asian-Americans, pointing to the evidence that cultural bias in academia is a real phenomenon.

Cimpian and Leslie suggest that the bias against women is conveyed by faculty members and graduate student instructors to undergraduates. The female students tend to internalize this bias, which plays a role in their career choices. The prevailing view that women are intellectually inferior to men may discourage them from pursuing careers in fields that emphasize brilliance over hard work, leading to an irregular gender distribution. The study’s lead author, Leslie, referred to examples from popular culture to illustrate the bias associated with the intellectuality of genders in a press conference: While Sherlock Holmes and Dr. House are innately genius, Hermione Granger from J.K. Rowling’s Harry Potter series is an intelligent woman who has to work hard for her accomplishments. Such biases cultivate uncertainty among women, affecting their choice of career.

Nobel Prize facts part 2: Laureates by field and country
In the first part of the Nobel Prize Facts series, we…
6k

Some researchers are of the opinion that the study has failed to focus sufficiently on other factors that lead to gender bias. A professor at The University of Chicago Booth School of Business and author of a study on gender stereotypes in academia, Luigi Zingales, remarks, "The hypothesis the authors advance might well be true, but it is observationally equivalent to the alternative that these fields are more competitive and that women shy away from competition." However, he agrees that the results of the study show the prevailing bias in academia and an urgent need to address it.

Despite proving their mettle and making significant contributions to various academic fields, women still face biases and stereotypes. An attitudinal change among academicians and society at large is necessary to provide an atmosphere that supports the career aspirations of women in a traditionally male-dominated academic world.

What are your views on women in academia? 3 min read

Women at work within and outside academia: A Japanese sociological perspective 6 min read