Why academics think Brexit is bad news for UK science 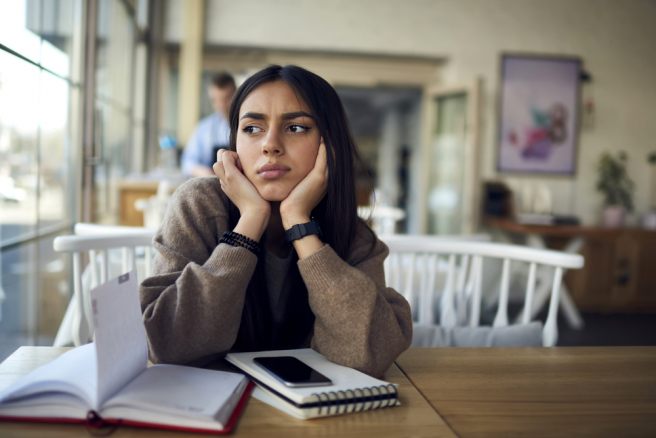 Britain’s exit from the European Union (EU) has sent massive shockwaves throughout the world. While the economists and politicians are worried about the economic stability of the nation post the decision to exit, British academics have expressed a different set of concerns. A majority of academics in Britain, including some Nobel Laureates, have been vocal about their support to Bremain as a way of ensuring continued progress of British science. Britain is a major player in the global scientific landscape, being home to 3.3% of the global researcher base and producing 6.9% of the global scientific output. Therefore the decision of exiting the EU, which is considered a world leader for its global share of researchers, has naturally created feelings of uncertainty and disappointment among the scholarly community.

Britain has been one of the key members of the EU and the association has helped the nation’s academia on numerous fronts. Here is how being a part of the EU helped Britain (sources for the information below are listed in the References section):

1. Research funding from the EU to Britain science is worth around 1 billion pounds per year. In fact, Britain is one of the largest recipients of EU research funding.

3. Several learning and training programs for young people in Britain are funded by the EU.

4. Being a part of the EU means British academics and educators can move freely within the EU and vice-versa.

5. Britain is part of the EU’s Erasmus+ programme, which facilitates the cultural and educational exchange programs within European countries for about 250,000 British citizens.

6. While Britain’s investment in research has hardly changed over the years, the EU’s research investment has increased threefold since 2002. And Britain has benefitted from this immensely through the grants it has secured from the EU.

Can researchers be objective? If yes, why do you think so?
1.1k

The impending isolation that Britain will have to operate in is what many researchers are apprehensive about. With the prospect of changes to the already stringent immigration policies (as well as funding policies), researchers are unsure about the future of the scientific climate in a Britain without the EU and how this would affect international collaborations. Echoing the sentiments of the academia, Lord Paul Drayson – a former science minister in Britain – stated in an interview that the scientific community is strongly opinionated against Brexit because “people who work in the science community grow up with the concept that through collaboration great scientific insights happen.” This move is, therefore, being considered by most as a serious threat to innovation and collaborative research on which research thrives. Let us take a closer look at some of the major concerns British academics have.

Being an associated member of the EU might work against Britain

The fraught relationship between Britain and the EU might have repercussions on future liaisons. Those in favor of Brexit have argued that though Britain would no longer be an active member in the EU’s decision making about science policies, it can enjoy most of the benefits by being an associated state, like Switzerland and Israel. However, counter arguments suggest that these nations have never been EU members and Britain’s voluntary exit might work against it. Moreover, associate states have limited rights and input capacity when it comes to research- and innovation-related policy making. As a member, Britain played a major role in developing the EU’s research agenda which helped the nation too, and this will change drastically when it ceases to be a EU member.

As the economic implications of Brexit are immense, British chancellor George Osborne expressed the likelihood of public spending being slashed post Brexit. Thus, speculations are rife that Brexit will lead to cuts in R&D budget, and this might lead to the talent in Britain moving out in search of greener pastures. It might become difficult for universities and institutions to hire skilled researchers from within the country as well as attract global talent. To avoid these consequences, the British government will have to convince the researchers that it will continue to extend its support to the science community.

Increase in competition on the world stage for funds

Academics have warned that exiting the EU would leave British institutions struggling for funds. While Britain invested 5.4 billion euros into the EU research budget between 2007 and 2013, it got 8.8 billion euros back in grants. Moreover, in this time frame, Britain’s top universities – Oxford, Cambridge, Imperial College, and University College London – were the most successful ones in securing funds and holding around 380 ERC projects. However, this was when Britain was a member of the union. As an associate country, it might not be able to pull in as much money in grants as before and will have to compete with other countries on a common platform.

Britain’s dissociation from the EU is seen as a move towards isolationism. Being part of the larger politico-economic union helped understate internal problems in Britain such as expensive red tape and bureaucracy. It also minimized market barriers and facilitated collaborative research. However, the exit from the union would mean becoming self-sustained to support the nation’s scientific and research development. This, according to many researchers, is a complicated and challenging prospect that can hurt the career opportunities of academics, make research more expensive, and stall the progress of science.

Think Check Submit checklist - Selecting the right journal for your research paper
Given the increasing number of predatory journals and…
6.6k

Are there any positives academics can look up to after Brexit?

While the general opinion of the science community is that Brexit is a bad move, Brexiters maintain that Britain will continue to benefit from the EU’s “pooled resources” through its associate status. Moreover, once Britain stops contributing to the EU as a member, the money can be directed to science funding. In particular, medical clinical researchers are hopeful of changes in the clinical trial policies post Brexit that will favor the British researchers. This can even make Britain an attractive place for researchers to conduct research in some specialized fields. Having greater control over policy making, science budgeting, and funding distribution might turn out to be favorable for the British research landscape.

Exiting the EU is a seismic shift for Britain, and it might take years to comprehend the long-term effects – both positive and negative – of this decision. The immediate reactions of academia are definitely tilted towards disfavor. While uncertainty about the future of science looms over the science community, most researchers are trying to be optimistic that the government will make every effort to limit the damage that might follow and secure an even better infrastructure for Britain’s research community.

Why the Science Community Says No to Brexit

The scientific impact of Brexit: it's complicated

What would Brexit mean for everyday life in the UK?

Majority of British academia against Brexit

How scientists reacted to the Brexit