China's reversing brain drain: Why Chinese researchers are…
From 'Brain drain' to 'Brain circulation': Global trends in…
China aspires to lead the world in artificial intelligence…
Where does China stand in the global PhD boom?
China's performance in global R&D

Why are researchers increasingly returning to their homeland? 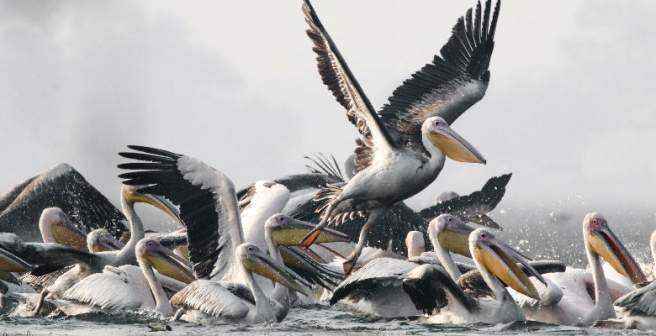 For decades, developed countries in the West have been the hubs of scientific and technological advancement, attracting talent across the globe. Scientists in pursuit of better opportunities for career advancement considered the U.S., in particular, the ultimate destination to realize their academic aspirations. Most of the scientific immigration from the East, therefore, was toward the West. The talent pouring into the Western countries gave a boost to their economy and technology and helped them advance at an unprecedented rate. In recent years, however, there has been a rapid shift in this historical pattern.

With the increasing global economic competitiveness and the growing realization of the importance of scientific and technological advancement to a nation’s progress, developing nations are eager to regain their expatriated talent. Moreover, issues such as diminishing science funding and political turmoil in the U.S. and the U.K. have only made it difficult for these developed countries to retain immigrated scientific workforce.

A shift in the global R&D hotspots

Developing economies such as China and India are making rapid strides in science and technology. China, in particular, has established itself as one of the leading global scientific nations, giving the U.S. fierce competition. To entice young Chinese researchers back to their homeland, the Chinese government has launched a talent recruitment program called the Thousand Talents Program.

Course
How to use the internet to communicate your research better
This course will help you understand and learn about…
2.8k views

Linsen Li, a postdoc in Massachusetts Institute of Technology, U.S., is among those who decided to return to China. According to Li, after failing to find a teaching position in the U.S., he found the offer made to him under the Thousand Talents Program appealing. “Returning to a Chinese university today is less of a fallback,” confirms Johannes Geffers, an occupational psychologist at the Institute for Innovation and Technology in Berlin, who studies the career progression of Asian researchers. This reasoning holds water since China’s investment in R&D is now at par with that of the U.S. and it is the world’s leading producer of published scientific.

Apart from China, several other countries are wooing researchers back to their roots. Late last year, the Turkish government made an appeal to Turkish researchers working abroad. "I call on our scientists in all parts of the world to join the science and technology movement," the Turkish President Recep Tayyip Erdoğan announced.

In a similar vein, the government of Philippines renewed its efforts to persuade Filipino scientists to return to their home country by promising help to set up labs and provide better infrastructure. According to the government, it needs to “bring research expertise back home to solve some of the country’s most pressing problems, such as climate change.

One of the countries that have witnessed a major exodus of talent over the years is India. For decades, Indian researchers have preferred to migrate abroad, the U.S. in particular, in search of greener pastures. This loss of human capital, which is vital for economic development, has forced the Indian government to think of ways to reverse this trend. Programs such as Visiting Advanced Joint Research Faculty (VAJRA) have succeeded in urging Indian researchers to pursue research opportunities in India.

Infographic
The emerging scientific landscape of China
China with its unprecedented scientific and…
2.5k views

Why researchers choose to return to their homeland

What makes researchers return to their roots? One of the reasons most compelling reasons is the availability of similar, if not better, opportunities as in the countries they have gained experience in. As countries around the globe in general and developing economies, in particular, are expanding their science budgets, considering a move back may appear to be a reasonable option for researchers. Moreover, researchers who return find it relatively easy to set up their career and find funding since they are sought out by the government.

Apart from attractive opportunities, some researchers are motivated by the idea of contributing to the progress of their homeland. Well-known structural biologist Arun Shukla who studies membrane proteins has several permanent positions to choose from across the world. He, however, chose to return to India – his home country – and set up his own lab. Although India is not at par with some of the countries Shukla has worked in, especially with regard to R&D expenditure or technical infrastructure, he was “determined to put the country on the map for his niche speciality of membrane-protein biology.”

Factors related to culture and language also play an important role in decisions regarding mobility.  Several researchers feel the need to be closer to their roots and the availability of good opportunities in their home country further influences their decision to return.

The impact of researcher mobility

While the exact impact of researcher mobility remains understudied, probably one of the most conspicuous effects of researchers returning to the country of their origin is the fresh perspectives and knowledge they bring. The brain gain can play a crucial role in altering the research landscape of their homeland.

Thus, the countries to which researchers return have a lot to gain. However, the reverse brain drain could have an adverse impact on the countries that researchers move away from. David Heenan, a leading expert on globalization who has studied the migration pattern of professionals from several countries, warns that the technological and scientific preeminence of the U.S. and its economic strength will be in jeopardy.

The global research landscape has always been dynamic, with constant shifts and developments. For several years, the developed nations in the West had the reputation of being research friendly nations. However, the R&D hotspots are no longer concentrated only in the West. In recent years, the trend is changing as more and more scientists from developing nations are choosing to return to their homeland to build their academic careers. The countries in the East are progressing economically, and having firmly set their eyes on R&D development, have a lot to offer to their scientists. Researchers, therefore, are increasingly willing to re-nest and return to their homeland.