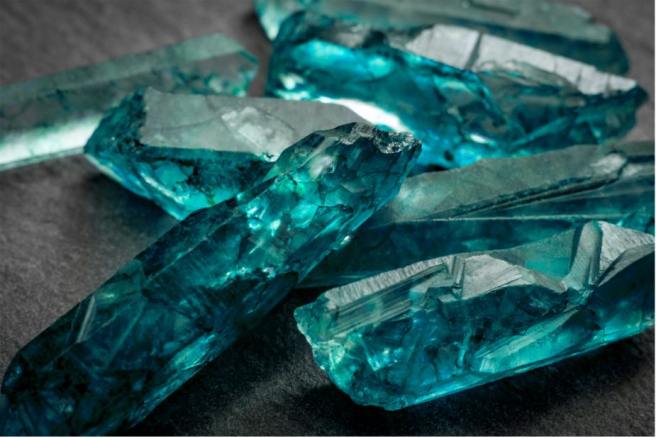 In the world of materials science, many have heard of crystals, highly ordered structures in which atoms are arranged in a tight and periodic manner (in which the atomic arrangement is repeated). But, not many people know about quasicrystals, which are unique structures with strange atomic arrangement. Like crystals, quasicrystals are also tightly arranged, but what’s different about them is the fact that they possess an unprecedented pentagonal symmetry, such that the atomic arrangement is highly ordered but not periodic. This distinctive feature gives them unique properties, like high stability, resistance to heat, and low friction. Since their discovery only about 30 years ago, scientists globally have been trying to understand the properties of quasicrystals, in an effort to make more advancements in materials research. But, this is not easy, as quasicrystals are not prevalent in nature. Luckily, they have been able to make use of structures similar to quasicrystals, called “Tsai-type approximants.” Understanding these structures in detail could give insights into the many properties of quasicrystals. One such property is antiferromagnetism, in which magnetic moments are aligned in a quasiperiodic order, strikingly distinguished from conventional antiferromagnets. This property has never been observed in quasicrystals so far, but the possibility was exciting for materials scientists, as it could be a gateway to a plethora of new applications.

To take a closer look at the magnetic properties of 2/1 approximants, the scientists synthesized metallic alloys with a crystalline structure, which contained both 1/1 and 2/1 approximants. By using a device called the superconducting quantum interference device (SQUID), they studied the conditions under which the approximants showed different magnetic properties. Interestingly, they found that a single parameter dictates the presence of antiferromagnetism in both types of approximants. This was the ratio of electron per atom, which slightly differed in the two types. By manipulating the electron-per-atom ratio, Prof Tamura and his team saw a “transition” to an antiferromagnetic state in both types of approximants. This property had been seen in the 1/1 type before but never in the 2/1 approximant. This was an exciting development, as the highly ordered structure of the 2/1 approximant meant that it could be used to generate quasicrystals, making this the very first study to show the possibility of antiferromagnetic quasicrystals. Elaborating on their findings, Prof Tamura says, “We succeeded in observing, for the first time, antiferromagnetic transitions in the 1/1 and 2/1 AFM approximants in the same alloy system.” He adds, “Our finding clearly shows that the antiferromagnetic order survives in the 2/1 higher-order approximant, which has all the building blocks for creating a quasicrystal.”

Master the IMRAD format and be assured of research success

With a mission of “Creating science and technology for the harmonious development of nature, human beings, and society,” TUS has undertaken a wide range of research from basic to applied science. TUS has embraced a multidisciplinary approach to research and undertaken intensive study in some of today's most vital fields. TUS is a meritocracy where the best in science is recognized and nurtured. It is the only private university in Japan that has produced a Nobel Prize winner and the only private university in Asia to produce Nobel Prize winners within the natural sciences field.

About Professor Ryuji Tamura from Tokyo University of Science

Dr Ryuji Tamura is a Professor in the Department of Materials Science and Technology at Tokyo University of Science, Japan. A respected and senior researcher, he has more than 140 research publications to his credit. He is also the corresponding author of this study. His chief areas of interests include the study of hypermaterials such as quasicrystals and approximants. His research can be found at https://www.rs.tus.ac.jp/hypermaterials/en/index.html.

Structure of a research paper
This 2-minute video gives a quick overview of how a…
22.9k

This study was funded by the Kakenhi Grant-in-Aid for Scientific Research on Innovative Areas “Hypermaterials: Innovation of materials science in hyper space, Head Investigator: Prof Ryuji Tamura” for FY 2019–23 (grant number JP19H05818) by the Ministry of Education, Culture, Sports, Science, and Technology.

The shape of water: What water molecules look like on the surface of materials 6 min read