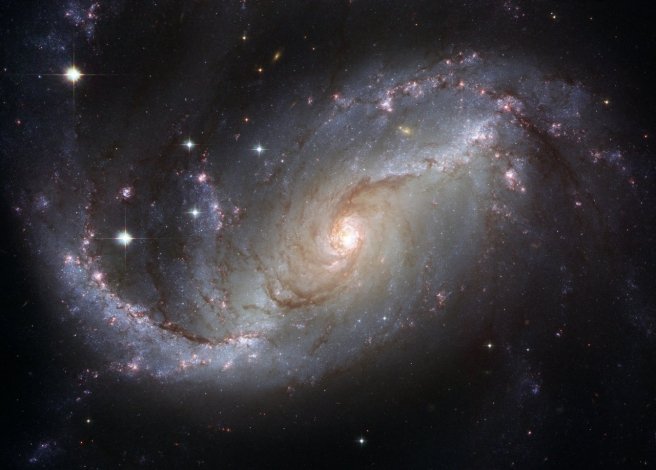 Researchers have been studying planets for decades now in a quest to discover how they are formed. A few mysteries related to planet formation may have been answered in the form of images of a fairly new planet, V1247 Orionis.

While conducting a study, Stefan Kraus from the University of Exeter along with an international team of scientists was been able to support and reinforce one of the most respected theories on how planets are formed. According to Kraus, young stars are originally just a massive disk of gas and dust. Over time, the gas and dust either diffuse away or come together to form one whole. Researchers, however, hadn’t been able to answer how these early formations transform into asteroid-sized objects. Theoretically, it could be because of the radial draft—a drag in the disk produced by surrounding gas which makes the grains move inward toward the star.

Kraus and the team used high powered telescopes to target the star V1247 Orionis that’s surrounded by a dynamic ring of gas and dust. A detailed image of the star and its surrounding dust disc was created by the team. The image has a central ring of matter that is clearly defined and a more delicate crescent structure. The dark strip between the ring and crescent is thought to be caused by a young planet carving its way through the disc. As the planet moves in its orbit, its motion creates high pressure areas on either side of its path. Dust particles are trapped within these areas of high pressure for millions of years. This allows them space and time to grow and develop.

This process, also known as dust trapping, offers a solution to bridge the gap in most theories of how planets form.

Mars might get rings in the future, a new theory suggests 2 min read