PhD is hard, there’s no two ways about it. It helped me to break tasks down into incremental steps, plan each day/experiment out, and checking off the tasks helped make me feel productive. I would also recommend taking the time to care for yourself/asking for help if you need it.

PhD is hard, there’s no two ways about it. It helped me to break tasks down into incremental steps, plan each day/experiment out, and checking off the tasks helped make me feel productive. I would also recommend taking the time to care for yourself/asking for help if you need it.

Norway joins the ranks of Germany and Sweden, cancels subscription with Elsevier 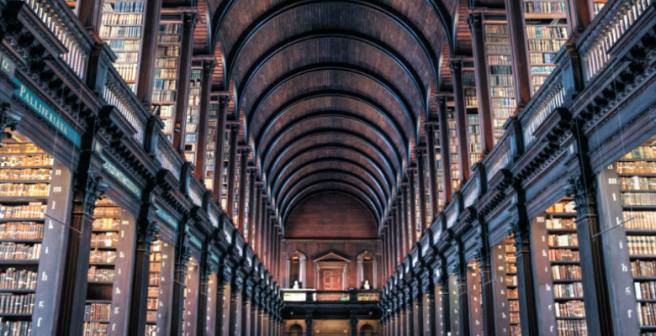 Norway canceled its subscription with Elsevier after the negotiations between the publisher and Norway’s negotiating consortium regarding access to research papers failed to reach an agreement. Consequently, Norwegian researchers will lose access to the new articles published in Elsevier journals, although it’s not clear when the access will be halted. Germany, Sweden, Hungary, and the University of California system have already ended their contracts with Elsevier after prolonged negotiations to strike a deal with the publisher failed.

Norway’s negotiating consortium started talks with Elsevier in early 2018 as the contract would have lapsed towards the end of that year. However, as the negotiation with the publisher came to a standstill, the consortium announced that it would refrain from signing a new contract with Elsevier in 2019. This means researchers at Norwegian institutions will no longer be able to access the latest articles published in Elsevier journals. Reportedly, Elsevier has continued to provide free access to Norwegian universities since then, though the publisher has indicated that they “cannot continue service indefinitely without being paid.”

The primary demand of Norwegian universities has been for Elsevier to adopt the “read-and-publish” model - a deal where the cost of accessing subscription-based articles would be offset against the cost to make it open access. However, Elsevier refused to meet this demand saying the consortium is “asking to receive two services for the price of one.” Elsevier claims to have offered multiple low-cost options to Norway, but also asserted that “open access is a service that has to be funded in some form.”

Katrine Weisteen Bjerde, director of research services strategy at the Directorate for ICT and Shared Services in Higher Education and Research, the body that represented the 44 institutions negotiating with Elsevier, said that the proportion of articles that Elsevier offered to make open access was small.  It refused to consider cutting subscription charges for universities too, she said. Bjerde added that Norway “has been emboldened” by other countries that have let their Elsevier subscription lapse and are “doing quite OK.”

How to understand journal rankings by quartile?
In order to gradute my shcool I have to submit my…
45.8k

As reported in Times Higher Education, Norway’s decision to sever the contract may cause Elsevier to lose €10 million (approximately $11 million) in revenue this year as the universities’ subscriptions amounted to €9 million while they paid €1 million in charges for open access publishing. The article also suggests that this loss might be negligible for the publishing giant whose revenue stood at £2.5 billion (over $3 billion dollars) in 2018 in spite of the boycotts by open access advocates.

It remains to be seen how the boycott of Elsevier journals shapes up the open access movement. What do you think about this latest development? Please share your views on the universities’ decision and the publisher’s stance in this situation in the comments section below.

The basics of open access publishing
As an early-career researcher, it is extremely…
1.7k