Of dog hair, open access, and public understanding of science 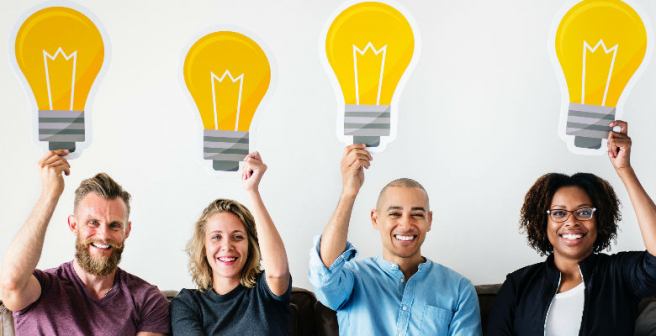 “Dog hair causes cancer.” This was the reason a candidate gave one of my acquaintances when declining the offer to work as a temporary domestic worker. She had just been told that there was a pet dog at home. My acquaintance was used to dealing with visitors terrified of dogs in general, but this new cause of terror left her too flummoxed to know how to address.

Pet-related human health concerns that experts typically discuss are allergies and possible zoonotic infections. At least I had never known of cancer being a worry until I heard of the above-mentioned instance. This potential employee seemed to treat her belief on a par with any universal truth, so much so that she gave up a job opportunity.

How did this person, who had no scientific background, form a strong belief about a scientific topic? In this particular instance, we can only speculate. But here’s something interesting: when I began to type “does dog hair…” on Google, the top autocomplete search suggestion was “cause cancer.”

Clearly—and to my surprise—this is a widely searched topic and must have its origin somewhere. (On a separate note, if the autocomplete function keeps showing this suggestion at the top, would it not be likely to stay at the top? Even those who don’t intend to search for this exact phrase will do so out of curiosity; after all, that dog hair can cause cancer is a scary thought).

How do I create my own peer-reviewed open access journal?
I would like to create an academic journal and have it…
8k

The factors that shape public understanding of science are a fascinating and crucial area of study. But that’s not what I want to focus on in this article. When examining the “dog hair causes cancer” claim online, I found a few original research papers related to this topic. In some cases, I hit paywalls. But I also found freely accessible articles on the association between proximity to animals and cancer in humans. And then I began to wonder about the value of open access to the general public.

Whatever free research material is available on this claim can be enough to help someone understand that there is no concrete or conclusive evidence for it. This is important considering how frequent the searches on this topic seem to be. And this is only one of the many hundreds of scientific topics that laypersons may seek information on. So the potential benefits of open access to the general population are enormous, and they often underlie arguments in favor of open access.

Some may believe that the value of free access to original scientific articles to a lay population is questionable because these articles are likely to be too technical to comprehend and interpret, as the following comment from an article indicates:

“The idea that the public should be able to access the research it paid for sounds nice, but these papers are highly technical, narrowly focused, and generally useless to anyone without specialized training.”

The opposite view is usually that irrespective of the skill levels of individual laypersons to find and comprehend articles, access to them can enhance public understanding of science—a position reflected by the following statement from a report of the House of Commons:

“It is not for either publishers or academics to decide who should, and who should not, be allowed to read scientific journal articles. We are encouraged by the growing interest in research findings shown by the public. It is in society's interest that public understanding of science should increase. Increased public access to research findings should be encouraged by publishers, academics and Government alike.”

I then tried to see if there is evidence that open access has a direct impact on laypersons and their understanding of science. There seems to be very little evidence yet. Some efforts made in this direction are on a small scale; for example, a study involving focus group sessions indicated that individuals from outside academia generally believe that open access has benefits for laypersons. Some report an indirect positive effect, such as diffusion of open access research through platforms such as Wikipedia. However, not many studies have explored the direct impact in depth.

Is concrete evidence needed? Is the reasonable presumption not enough, that access to primary research articles is more likely to aid rather than impede overall understanding of scientific topics? I think the answers to these questions should be yes and no, respectively.

Why do we need evidence on the broad impact of open science? That open access has been around for a while now—about two decades—alone can be reason enough to acquire or demand evidence. Moreover, many open access–related developments have occurred during this time: research funders are mandating open access, with initiatives such as Plan S being implemented. Any evidence that open access has a positive impact on public understanding of science can provide significant weight to any proposals or policies for open access mandates, at least for specific research topics, such as health and medicine. Further, it may even help policy makers think of multiple effective ways to have articles published open access. Even in the absence of mandates, such evidence can help researchers choose to publish their findings open access, especially if the topics of their articles are highly relevant to the general public.

Perhaps more importantly, it will also help better inform policies related to public engagement and education. Public understanding of science and accessibility of research knowledge encompass much more than free access to original research articles. The scientific community is already adopting various measures to engage better with wider audiences (for example, by publishing lay summaries  of research articles). However, this is still not a widespread practice, and lay summaries or other reliable jargon-free research material on all possible topics of general interest are probably not available. Else, there may have been no need to discuss the benefits of open access to the general public.

Scientific myths on any topic can emerge and spread wide at any time, affecting minor or major personal decisions. There has been increasing awareness of how pseudoscientific information and fake news can impact society negatively. Therefore, it is crucial that information reaches the general population directly from the researcher without distortions. If there is concrete evidence that open access can contribute to such an achievement, the scientific community and other stakeholders can channel some of their efforts into educating the general public about accessing research articles to help verify any claims of a scientific nature, if no other reliable or more comprehensible source is available.

Discussions and debates on open access have tended to focus more on its effects within the scholarly community—on researchers, publishers, and other related stakeholders. Therefore, much of the research on the impact of open access too is likely to be inward-focused. But if we believe in the potential of open access to have a far wider and positive impact, specifically, in its potential to empower the general public, we need to start examining systematically if it can actually do so.

Perhaps in future, we may have evidence-backed mandates that need any articles on pets and human health to be published open access, so that fewer people are terrified of catching cancer from being around a dog.