"Successful people maintain a positive focus in life no matter what is going on around them. They stay focused on their past successes rather than their past failures, and on the next action steps they need to take to get them closer to the fulfillment of their goals rather than all the other distractions that life presents to them."

"Successful people maintain a positive focus in life no matter what is going on around them. They stay focused on their past successes rather than their past failures, and on the next action steps they need to take to get them closer to the fulfillment of their goals rather than all the other distractions that life presents to them." 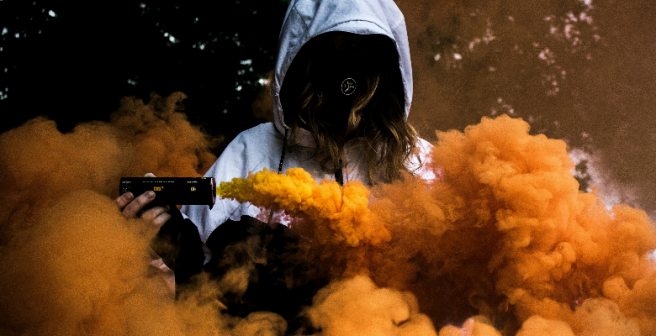 Trolls are small evil creatures from Norse mythology, which often live under bridges and pester travellers for safe passage; similarly PAEs are accused of taking firms by surprise once they have made irreversible investments.

Alain Strowel in
The risk of patent trolls in the U.S. and in Europe: a sequel to a never ending story

While the issue of predatory ‘patent trolls’ has been plaguing scientific innovation since decades, a letter titled The Rewards From Effective Reform Could Be Great, submitted by 51 intellectual property scholars to the US Congress, highlighted the increasing menace of frivolous patent trolls and the need to curb them. Also formally referred to as ‘patent assertion entities’ (PAEs) or ‘non-practicing entities’ (NPEs), patent trolls usually comprise an individual or a company that owns or acquires broad patents without any intention of developing any product thereof. While there is no universally accepted definition of a patent troll, it is agreed that a patent troll’s primary objective is to make money out of patent litigation by threatening lawsuits on companies that infringe the patents that NPEs hold unless they are paid substantial licensing fees.

Interestingly, some patent trolls begin as failed startups that attempt to develop products. Once unsuccessful, they then turn into predatory patent trolls since it is more lucrative to demand money from large firms in exchange for licensing fees. Another variation of patent trolls acquire patents from companies that are going bankrupt, and then make legal threats to or sue large companies, claiming that their patent rights have been infringed. Trolls usually purchase patents such that they can target many firms at the same time and cite multiple instances of infringement so that the defendants find it tough to defend themselves and have to bear high costs of litigation. Hence, large firms are sometimes compelled to make a settlement out of court rather than bearing the litigation charges. What makes NPEs menacing to large firms is that NPEs are usually shell corporations that do not have significant assets and stand a low risk of loss in case they lose a lawsuit.

Patent trolling is a global phenomenon that has considerable legal and economic repercussions. A recently published article stated that NPEs filed 63% of all US patent-infringement lawsuits in 2014 and cost operating companies an estimated US$12.2 billion in legal fees, settlements, and judgments. In some cases, apart from litigation costs, companies have to bear financial losses due to delayed product launches and decreased stock prices once their names are dragged into legal disputes.

Patent trolls are on a rise globally

Patent trolls are on a rise the world over. One of the key reasons behind the increasing number of patent trolls is the global increase in the number of patents granted. A report by the World Intellectual Property Organization shows that patent filings worldwide grew by 9.2% in 2012, representing the fastest growth recorded in the past 18 years. Developed countries, in particular, such as the US, are seeing a sharp growth in patent granting. Critics argue that this reflects the lower standards of patent-issuing offices rather than a spike in innovation because a large number of patents approved by patent offices are too broad and generic. Resultantly, trolls are able to target several firms on broad grounds of infringement. Firms, on the other hand, fall prey to trolls as they find it difficult to ascertain whether they are overstepping any intellectual property rights.

How COVID-19 has affected researchers in Japan and Korea: Findings from an Editage survey
This article features infographics showing the results…
4.2k

Universities: Non-practicing entities or not?

Major debates have centered on universities because some scholars argue that universities are no different from NPEs as they patent their inventions but do not usually develop products. They charge companies that wish to use the patents for commercial purposes. On the other hand, some argue that universities should be considered under a different light for the fact that their innovations are academic and targeted for social good, unlike patent trolls that intend to use patents to extort money from firms. Criticism has been directed toward universities because some of them have cut deals with companies that are regarded as trolls with the intention of making money through licensing costs. As a result, universities are at the epicenter of patent reforms, since laws targeted at tackling trolls will be applicable to universities too. Hence, policies and laws to stop patent trolling have to be drafted with added protections for universities.

Drafting patent reforms to curb trolls has proved to be a challenge for lawmakers. The perfect balance between making it difficult for plaintiffs to file facetious lawsuits while protecting genuine patent holders and universities has imaginably been almost impossible to strike. US President Barack Obama’s administration has listed tackling trolls as one of its prime concerns. In this regard, the House of Representatives passed a bill proposing an ‘Innovation Act’ in 2013, but because patent reforming policies are complex to design, the legislation was ultimately withdrawn.

Some days are better than others: How has mental illness affected your life? (Part 2 B)
In Part 2 of this series, they open up about what…
776

Most experts agree that radical changes to the patent issuing rules could be the key to rein in trolls. It was reported on June 2, 2015, that the Senate Judiciary Committee will be considering the Patent Act, an alternative to the Innovation Act, that will “provide important reforms for the way that the Patent Trial and Appeals Board (PTAB) of the United States Patent and Trademark Office (USPTO) operates.” Ensuring that patents are issued after careful consideration would nip the root of disputes over broad and generic patents.

Do patent trolls contribute to innovation?

Furthermore, imposing a blanket law to stop patent trolls could prove to be imbalanced because though patent trolls have garnered the reputation of hindering scientific progress and burdening the economy, some experts believe that NPEs in fact contribute to innovation. Stephen Haber, a professor of political science at the Stanford University, observes that PAEs play a useful intermediary role between individual inventors and large manufacturers. Supporting this idea is the report prepared by the White House that states “Some firms that own patents but do not make products with them play an important role in the U.S. innovation ecosystem, for example by connecting manufacturers with inventors, thereby allowing inventors to focus on what they do best.”

Patent systems are crucial to a country’s economic and scientific progress, and to put a stop to the misuse of patents, a new patent system needs to be developed that checks the extensiveness of patents and ensures that patents do not stifle the growth and progress of science.

Patent trolls: What they are and how they affect innovation in science 6 min read

Patents 101: What are patents and how do you acquire them? 10 min read