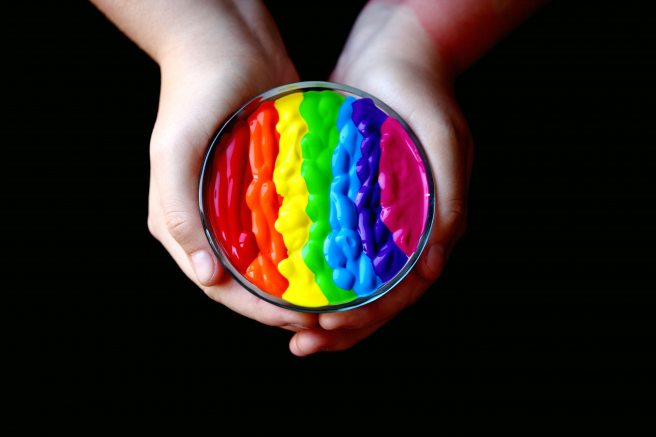 Since the pivotal Stonewall Riots of 1969 and the first Pride events organized in 1970, the increased acceptance of lesbian, gay, bisexual, transgender, and queer (LGBTQ+) people the world over has been nothing short of remarkable. Depending on where you live, celebrating Pride can either be a radical assertion of one’s rights and existence, or a friendly time to celebrate the queer people in our communities.

Why it matters to the academic community

Alan Turing is undoubtedly a pivotal figure in computer science and in world history overall. His decoding of the Enigma cypher proved vital to the Allied war effort and eventual victory in the Second World War. Turing rightfully should have been lauded as a hero by the British and American governments, but he was convicted of “gross indecency” in 1952 because of relations he had had privately with another man. He was subjected to an unethical experimental punishment with hormone treatments, and this was likely a key contributing factor to his untimely death in 1954 due to a suspected suicide.

Turing’s tragedy is a warning. It’s vital to foster a welcoming environment for LGBTQ+ individuals in research and academia. Failing to recognize contributions by queer people and tolerating bigoted working environments can cost us valued colleagues and their contributions.

Events and activities taking place in 2022

Pride month may be drawing to a close, but that does not mean that the academic community plans to put conversations on hold until next June. There are still many events to come this year. Here, I summarize just some of the dozens of upcoming LGBTQ+-related academic events across a variety of countries and disciplines.

The Institute for Sexual and Gender Minority Health and Wellbeing of Northwestern University plans to hold its National LGBTQ Health Conference from July 28 to 30 in Chicago, IL. This major conference has been taking place since 2012, and more recently, Emory University has joined as a partner.

It is billed as “an interdisciplinary translational research conference bringing together scientists, public health professionals, and healthcare providers to discuss issues affecting the health and wellbeing of the LGBTQ community.”

The conference has a packed schedule with many sessions on virtually all topics in LGBT health, so there is bound to be many sessions of interest, regardless of your research discipline. The opening remarks and keynote speech are presented by the US Assistant Secretary for Health Dr. Rachel Levine and Prof. Lisa Diamond.

Why attend scientific conferences?
This is the first of a series of three videos which…
20.4k

The 3rd Edition of the Global Congress on Gender and Sexuality Studies is due to be held from October 24 to 25 in Dubai. This hybrid conference can be attended either virtually or in-person, and the tentative program is shaping up with a diverse range of topics and speakers with expertise including neuroscience, indigenous studies, pedagogy, and much more.

This conference is organized by the Sciinov Group, and the conference aims to “bring together current research on gender and sexuality” under the theme of “Constructs and Narratives of Gender and Sexuality in Society.”

The conference will close its abstract submissions on June 28th, so act fast if you’re interested in this meeting as a venue for your research.

One edition of The International Conference on Gender Studies, organized by the London Centre for Interdisciplinary Research, is due to be held this year in London from September 3 to 4. The conference aims to “explore the past and current status of gender identity around the world, to examine the ways in which society is shaped by gender and to situate gender in relation to the full scope of human affairs.” Of note, the September conference theme is “Que(e)rying Gender,” which provides many opportunities for interdisciplinary discussions on a range of queer topics.

Like most other conferences in this article, this event runs both online and in-person. As this conference runs multiple events throughout the year, check back to find out about future events.

Resources and future meetings for LGBTQ+ researchers in academia

The STEM Village is an organization created to “[give] a platform to improve visibility of the LGBTQ+ STEM community around the world.” Since 2020, they have hosted online events on immunology and engineering with an LGBTQ+ focus, some of which you can watch on their website. They also provide resources and mentoring to LGBTQ+ researchers. At the time of writing, they have no published plans for upcoming events. Perhaps you might want to lend a hand?

Trinity College Dublin has its Pride in Research 2022 event. Unfortunately, this was already held on June 16, so if you didn’t get to go, you will have to wait for next year. However, they are looking for more members of the organizing team for 2023, which looks like a great chance for collaboration on the topic of LGBTQ+ inclusion in research and academia.

Finally, the American Society for Microbiology has put together an excellent set of resources, lectures, and personal stories regarding LGBTQ+ inclusion in research. The ASM has also put together a full report on diversity and inclusion in their field, which serves as another valuable resource to orient oneself on the importance of inclusion in science and academia.

Just as how gay and transgender communities have disproportionately been affected by HIV/AIDS since the 1980s, there are still challenges to queer health and wellbeing worldwide. The latest is the outbreak of monkeypox in many regions outside of its usual native range. As gay and bisexual men are disproportionately represented among new infections, disseminating information on monkeypox prevention and treatment will probably be a vital topic for queer communities in 2022. LGBTQ+ events and academic conferences will be key opportunities for researchers to discuss the challenges posed by the outbreak and to strategize on how to promote safe sexual practices and combat misinformation and bigotry.

Why LGBTSTEM Day matters to me 7 min read