Researchers explain how a droplet moves on a solid surface 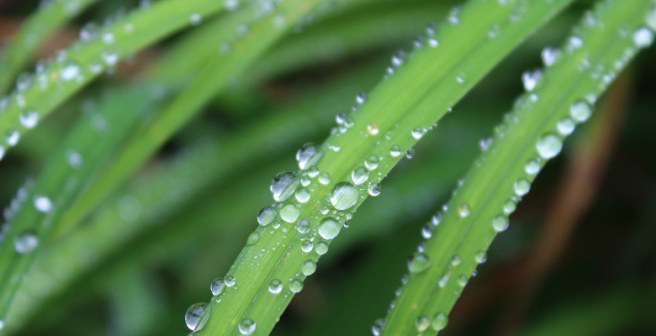 What is exactly happening when a raindrop slides down a glass window? Whenever a fluid comes in contact with a solid, a ‘contact line’ is formed. How the liquid droplets spread out on a solid surface has been difficult for scientists to explain in physical and mathematical models. According to the classic hydrodynamic model, the ‘boundary condition’ or what can be explained as lack of relative motion at the fluid-solid interface prevents fluids from slipping on a surface. However, this ‘no-slip’ condition leads to ‘unphysical’ behavior at the contact line. Therefore, Weiqing Ren of A*STAR's Institute of High Performance Computing and his colleagues combined mathematical and computational methods to come up with a 'first-principle' hydrodynamic model that explains how a fluid droplet moves on a solid surface. They included continuum theory, molecular dynamics and multiscale techniques in their model along with two sets of boundary conditions: “one for the macroscopic regime where the droplet's motion can be safely described using the no-slip condition, and another for the microscopic regime around the contact line where slip plays an important role.” Their model explains common phenomenon such as how a detergent is able to remove an oil drop from a solid surface. Moreover, “This model helps us to examine many important physical phenomena using analytic and computational tools," Ren said.

Can a liquid behave like a solid? 1 min read