How the Russia-Ukraine conflict is harming researchers on both sides 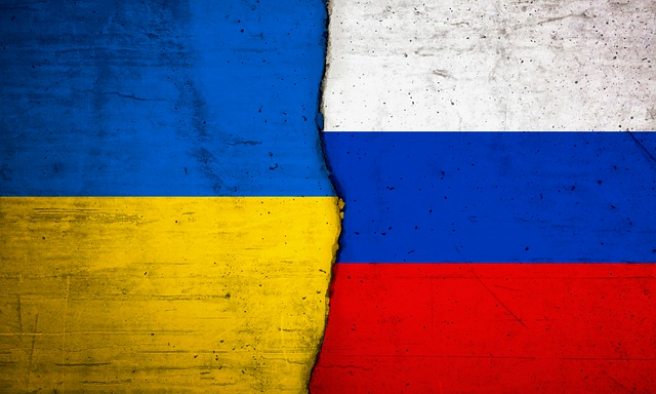 The ongoing armed conflict in eastern Ukraine will soon be in its sixth month, with no clear signs of a ceasefire or resolution. To date, 7 million people have been displaced internally,1 over 5.2 million have fled as refugees,2 and tens of thousands of combatants and civilians have been killed on both sides.3 The human cost will continue to be reckoned for years to come, and among those affected are the many scientists, academics, and knowledge workers in both Russia and Ukraine.

How Russia and Ukraine have contributed to science

In the Soviet era, Ukraine was a vital contributor to the technology and innovation of the USSR.4 Despite tragedies and setbacks, such as the debt crisis that saw Ukraine’s GDP contract by 13% in 2014–2016,5 Ukraine has managed to secure a good reputation for research in fields such as nuclear physics6 and materials engineering.7 As economic development has resumed, so too have Ukraine’s contributions to published research.8

Meanwhile, Russia has a considerable reputation in the sciences. Russia is the homeland of many scientific greats, such as Mendeleev, Landau, and Popov. The Russian Academy of Sciences, for example, is a renowned center for research,9 having produced 10 Nobel Laureates in physics alone, among others.10 Russia has battled its own economic issues in the post-Soviet era, but has successfully increased its own contributions to research, particularly in the physical sciences.11

However, the ongoing conflict represents an unprecedented threat to research in both countries, leaving academics concerned about their future.12,13

How Russian scientists are losing collaborators

Since commencing its “special military operation,” Russia has been condemned by major businesses and NGOs who have withdrawn from the Russian Federation.12 Furthermore, over 8,000 Russian academics have signed an open letter affirming their position against the military action in Ukraine.14

Russian researchers collaborate extensively with overseas researchers, particularly in NATO and NATO-aligned countries, such as Germany, the United States, and the United Kingdom.15 Indeed, while the USA and Russia have often been posed as inherent rivals in research, the truth is that America is Russia’s most vital scientific collaborator, with 14,476 papers co-authored between Russian and American researchers in 2017–2019 alone.16 However, the White House indicated that the American government intends to “…wind down […] relationships and research collaborations in the fields of science and technology with Russian government-affiliated research institutions and individuals who continue to be employed by or work under the direction of those institutions.”17 Given the considerable resources afforded to researchers in America, this measure is likely to impede research in Russia.

What makes a great submission package?
In this video, Dr. Bruce Dancik reveals what kind of a…
34.6k

As well as being vital to research, such collaborations have signified an overall détente in the wake of the Cold War. Just as the Apollo-Soyuz rendezvous gave hope to millions for a better future,18 ongoing collaborations have continued that spirit of progress. Russian researchers being shut out from vital opportunities to collaborate is likely to both affect their research and contribute to an overall “cooling” in post-Soviet relations with the west.17

The 2021 UNESCO Science Report5 elucidates Ukraine’s existing issues in research, which are likely not being helped by the ongoing war. Following the annexation of Crimea, ongoing conflict in the east, and the previously mentioned economic downturn of 2014–2016, Ukraine has seen consumer prices more than double and military expenditures rise by over 50%. Meanwhile, Ukraine’s scientific expenditure fell to its lowest recorded level in 2018. The Horizon 2020 program, the European Commission’s €80 billion research and innovation funding initiative, offered grants to many non-EU partners, including Ukraine, which had 239 participating establishments. Despite this, Ukraine had a low rate of acceptance for grant applications (9.2%) relative to the average for associated countries (13.9%). Overall, Ukraine has sought deeper involvement with the EU, but has underperformed in the European Innovation Scoreboard in nearly all metrics.19

However, Ukraine has shown a remarkable will to adapt. In line with recommendations from the European Commission, the government has adopted measures to improve the transparency and assessment of public research under the new governance of the Ministry of Education and Science.

How both Ukraine and Russia are experiencing a brain drain

The conflict has effectively halted the careers of many researchers in Ukraine. Many are in a state of limbo, unable to continue their work either overseas or at home.20,21 Assistance is keeping some research going. For example, a program by the Wolfgang Pauli Institute offering scientists and PhD candidates in Ukraine €2,000 and €1,500, respectively, to continue their work and pay for life expenses,22 and a fund by Allea, the European Federation of Academies of Sciences and Humanities, has made available over $500,000 for displaced scientists.23 But the situation remains tenuous. Until the end of hostilities, research in Ukraine will be hamstrung by a loss of funding, lack of personnel, and damage to research facilities; furthermore, this decreased productivity will likely take years to rectify.17

While Russian scientists are less directly affected by the hostilities, disagreements with the government and concerns about the future are leading some researchers and technical workers to question their loyalties,24,25 spurring Russia to announce emergency measures to stem the outflow of talent and overcome the imposed sanctions.26

Other nations have noted these trends and are seeking to take advantage of the outflow of expertise. One example is the UK. In addition to a £10 million project to bring 130 Ukrainian scientists to the UK, Prime Minister Boris Johnson has offered an open invitation to Russian academics to defect from the Russian Federation saying, “To the Russian scientists and researchers […] who no longer feel safe in Russia: you should […] come to the UK and work in a country that values openness, freedom and the pursuit of knowledge.”27

What the future holds for research in both countries

The long-term effects of the Russia-Ukraine conflict on research remain unclear. It will be vital for both countries to stem the outflow of talent28 and normalize international relations in the post-war era to maintain their progress; otherwise, they run the risk of further losing their edge in research, with researchers and academics being forced to make tough decisions about their careers.13,29

4.            Read ‘An Assessment of the International Science and Technology Center: Redirecting Expertise in Weapons of Mass Destruction in the Former Soviet Union’ at NAP.edu. doi:10.17226/5466.

8.            Clarivate, G. H. D. at the I. for S. I. Ukraine: Innovation, technology and cutting-edge research. Clarivate https://clarivate.com/blog/ukraine-innovation-technology-and-cutting-edge-research/ (2022).

16.          US to ‘wind down’ research collaboration with Russia. Science|Business https://sciencebusiness.net/news/us-wind-down-research-collaboration-russia.