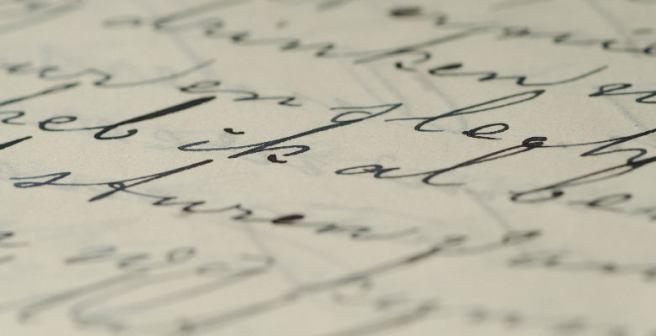 Editor's note: This article was originally published in The Conversation and has been republished here. It has been authored by Helen Sword, Associate Professor, Centre for Academic Development, University of Auckland.

Imagine that the editor of a widely-read magazine or, say, The Conversation has heard about your academic research and invited you to contribute an article. But you only know how to produce stodgy, impersonal papers for peer-reviewed disciplinary journals.

How do you undo years of scholarly training and learn to write like a human being?

It’s a dilemma many academics face when engaging with print or online media for the first time, so here are seven tips to turn your jargon into energetic prose that anyone can understand.

Start with the title

The titles of academic articles are typically abstract, technical, and utterly uninviting, such as:

To send a more welcoming signal to potential readers, try phrasing your title as a question (“Why Are Some Scientists More Productive Than Others?”), a provocative statement (“Productivity Hurts”), a metaphor (“Productivity: Holy Grail or Poisoned Chalice?”) or other memorable phrase (“The Productivity Paradox”).

Should I withdraw my manuscript if it is still at the 'Editor Invited' status after seven months?
I submitted a manuscript to Scientific Reports on…
4.9k

“Snakes on a Plane” is an inviting title; “Aggressive Serpentine Behaviour in a Restrictive Aviation Environment” is not.

“Scientific work takes place in organisations that may either facilitate or inhibit performance and within a larger, social community of science that may limit, constrain, or stimulate the development of ideas and actions.”

Yawn – you’ve already lost us. Follow up your engaging title with an opening paragraph that contains a question, quotation, anecdote or description: a vivid scene, a surprising fact.

Toss your readers into the middle of a story that has already begun.

The stories we like best have real people in them. Consider making yourself the central character in a tale of academic challenge and discovery.

Alternatively, find another human face to focus on: the cancer patient helped by a new treatment, the student who confronted and overcame a conceptual roadblock, the artist who struggled to find an appropriate aesthetic form for conveying the horrors of war.

With practice, you can learn to craft an equally compelling story featuring non-human characters: seagulls, red blood cells, a theorem, a text.

Whether or not you employ the personal pronoun “I”, cultivate an authoritative yet conversational voice that invokes confidence and trust.

Read a few paragraphs aloud to yourself or to a friend. Do your sentences sound as though they’ve been produced by a robot? Or can you hear a real person speaking?

Academics typically traffic in abstract language. Readers, however, grasp abstract concepts best when they are grounded in the physical world.

Martin Luther King Jr’s “I Have a Dream” speech vividly illustrates this principle:

Not until the end of the sentence does he deliver the abstract noun at its heart. Brotherhood, King shows us, is not just an empty ideal but a place, an action, a shared meal.

“The focus of archaeological research on technology as an adaptation has, according to some, removed technologies from the historical circumstances in which they came into existence.”

“Insects suck, chew, parasitize, bore, store, and even cultivate their foods to a highly sophisticated degree of specialization.”

Verbs pack their strongest punch when they directly follow a noun and when both agent and action can be clearly identified.

Compare the subject-verb cores of the two sentences above: “The focus … has … removed” (what is this sentence really about?); “Insects suck, chew, parasitize, bore, store, cultivate” (you can practically see those ravenous insects swarming).

They are ruthless about eliminating clutter (“From an analysis of the resulting data it can be seen that …”) and meticulous about word choice, syntax and flow. They work hard on their writing so their readers won’t have to.

These “secrets”, of course, are not secrets at all; they are core principles of effective written and oral communication. Put them under your pillow and breathe them into your dreams.

Whatever your subject matter or audience, they will help you energise your lectures, sharpen your grant applications, and produce more consequential research