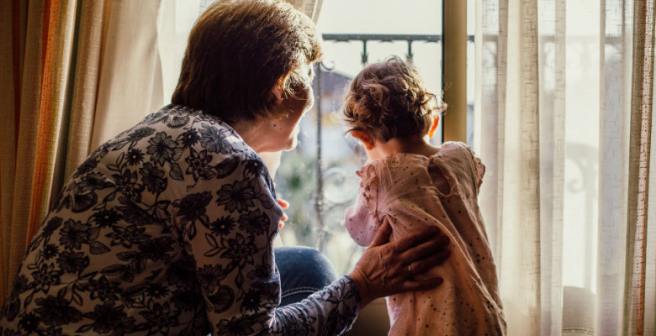 Self-esteem does not remain constant through life, but changes as a person develops. A large number of studies conducted on this topic, mainly in the United States, have shown that self-esteem is high in childhood, declines in adolescence, but then continues to increase throughout adulthood, peaking in the 50s and 60s, and declining thereafter. Studies in Japan have also reported that self-liking, which is an aspect of self-esteem, follows a similar trajectory across different ages.

However, previous Japanese studies had two main limitations. First, they focused on self-liking, one element of self-esteem. Self-esteem is composed of self-liking (the affective judgment of oneself) and self-competence (the overall sense of oneself as capable and effective). It is important to comprehensively examine self-esteem, including simultaneous investigation of both the aspects of self-liking and self-competence, to clarify the developmental trajectory of self-esteem. Second, the studies did not sufficiently investigate age differences in self-esteem in elderly people aged 70 years and older.

To address this gap, Assistant professor Yuji Ogihara, from the Faculty of Science Division II, Tokyo University of Science and Professor Takashi Kusumi, from the Graduate School of Education, Kyoto University, conducted a large-scale study comprehensively examining age differences in self-esteem from adolescence to old age, including both self-liking and self-competence, across a wider sample of people, including respondents aged 70 and older.

They analyzed six web-based surveys administered to a large and diverse sample of people in Japan from 2009 to 2018. The responses were obtained from 6113 persons (2996 males and 3117 females) between the ages of 16 and 88. Each study used the most commonly used self-esteem scale (10 items) to measure self-esteem. The scale includes items for measuring self-liking, such as “On the whole, I am satisfied with myself”, and items for measuring self-competence, such as “I feel that I have a number of good qualities”. The participants scored each item on a scale of one to five, from “1: Not applicable” to “5: Applicable”.

The results showed that self-esteem is low in adolescence but increases gradually from adulthood to old age (see Figure 1). The changes from adolescence to middle age were consistent with findings from previous research in Europe and the United States, but unlike observed in previous studies, there was no decline in self-esteem from the 50s onwards. Therefore, the findings in this research suggest that the developmental trajectory of self-esteem may differ in different cultures.

“Previous research has insisted that one of the causes of the decline in self-esteem after middle age in Europe and the United States is that elderly people come to accept their limitations and faults, leading them to have a more humble, modest, and balanced view of themselves. On the other hand, reports have shown that people in Japan have a humbler view of themselves even before middle age. This may be the reason for the lack of decline in self-esteem in this study,” suggests Dr Ogihara. Other factors that may generate cultural differences, including the seniority system and the culture of respect for the aged, require further detailed examination.

How COVID-19 has affected researchers in Japan and Korea: Findings from an Editage survey
This article features infographics showing the results…
2.4k

Generational effects may obscure the low self-esteem in Japan after middle age. Therefore, further investigation is needed to separate these developmental changes from generational differences, such as conducting a longitudinal survey that tracks people of the same generation. Further work is required owing to the small sample size of participants in their 80s—collecting and analyzing more data and verifying that similar results can be obtained.

“Examining the age differences and developmental trajectories of self-esteem is not only academically and theoretically significant, as described above, it also has practical and social significance,” explains Dr. Ogihara. “For example, understanding when self-esteem tends to be low can help determine when the adoption of effective preventive measures is more necessary, and allow for timely intervention and response.”

This study has elucidated the age differences in self-esteem—one of the most basic psychological tendencies. Thus, Ogihara and Kusumi hope that these findings can contribute not only to related academic research in various fields, but also more broadly to clinical and general practice, including prevention and intervention.

Title of original paper: The Developmental Trajectory of Self-Esteem across the Life Span in Japan: Age Differences in Scores on the Rosenberg Self-Esteem Scale from Adolescence to Old Age

About Professor Yuji Ogihara from Tokyo University of Science

Yuji Ogihara, Ph.D., is an Assistant Professor with the Faculty of Science, Tokyo University of Science, Tokyo, Japan. He earned his doctorate from the University of Kyoto in 2015. His research interests include cultural change, interpersonal relationships, happiness, individualism, and culture. He is a recipient of numerous awards, including the 2015 Student Poster Award (Society for Personality and Social Psychology), and has over 20 publications to his name.

5 Common forms of plagiarism and how to avoid them
Plagiarism is perhaps the most rampant form of…
4.3k

This research was supported by the Japanese Group Dynamics Association.