The future of science: 5 Predicted global trends in R&D expenditure and research output 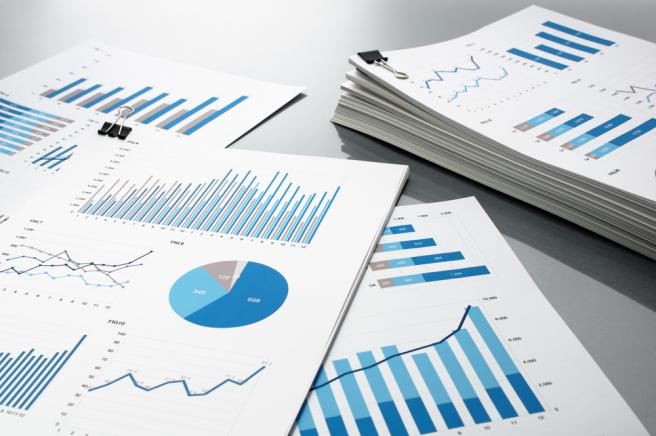 Research and development (R&D) includes basic research, applied research, and experimental development; and investment on R&D occupies a prime position in global expenditure. Governments recognize R&D as a crucial investment for a nation’s progress, international competitiveness, and public benefit. As a result, R&D intensity – the percentage of GDP that is invested on R&D – is highly discussed in international circles as it provides a broad picture of a country’s economic strength and future growth. The recently released report by The International Association of Scientific, Technical and Medical Publishers (STM), an international trade association organized and run for the benefit of scholarly, scientific, technical, medical and professional publishers, provides detailed information and projections regarding the global R&D expenditure. Based on the STM report, this post will highlight some interesting bits of information and trends that the scientific community should look out for.

1. Global expenditure on R&D will continue to grow

Globally, the spending on R&D has shown a consistent growth. In the last 13 years, the expenditure went up from $522 billion in 1996 to $1.3 trillion in 2009. The STM report states that the R&D expenditure for 2014 was an estimated $1.6 trillion. Unsurprisingly, three major economic regions comprising North America, the European Union (EU), and Asia are responsible for up to 92% of the global spending on R&D. Overall, the average proportion of national GDP spent on R&D was about 1.7% in 2010, and this drift to invest more on R&D is likely to continue given the emphasis nations are placing on knowledge expansion and innovation. The forerunners in this trend are the US, which is planning to invest 2% of GDP in R&D; and EU, which is targeting 3%. Other nations including the developing ones are equally set to invest more in R&D.

The recession between the years 2008-2009 had a marked impact on global R&D spending. The annual growth for the Organisation for Economic Co-operation and Development (OECD) countries for 2008–2012 was just half that for 2001–2008 according to the 2014 report by OECD. However, the recession impacted developed nations such as the US and the EU more than the developing ones such as China, India, and Brazil. Therefore, these emerging economies could rise higher in terms of their R&D spending in comparison with the rest of the world. The R&D expenditure in these countries is as follows: Saudi Arabia 0.04%, India 0.8%, Canada 2%, and Sweden 3.7%. While Brazil is looking for a 1.5% investment on R&D, China is expected to be one of the major players in R&D spending in the coming years.

3. China to emerge as the global scientific force

China is the emerging global leader in terms of R&D expenditure and will be the stronghold of science and research in the coming years, the STM report suggests. The report states: “For the first time since WWII, America’s leadership is starting to be challenged by China” since China’s research spending will exceed the US’s by the early 2020s. The indicators of China’s growth and future progress are:

4. Academia and industry will both fund R&D

While the R&D expenditure is majorly funded by industry, academia is also central to funding since research papers originate from academic authors. The industry funds about 66% of R&D costs in the US, 54% in the EU (ranging from 45% in the UK to 70% in Germany), and between 60% and 64% in China, Singapore, and Taiwan. On the other hand, in the US, the academia bears 70% of the R&D expenditure and funds an estimated 18% of the basic research. Another interesting insight the STM report offers is that in the US, life sciences receives about 60% of funding as opposed to medical research that receives only 55%.

Behind the science: Quick facts about scientific publishing
Check out this infographic to know more STM publishing…
3.5k

5. Global expansion of the researcher community to continue

Overall, the STM report suggests that fields of science and research will continue to expand and grow in the coming years with the support from both academia and industry. Moreover, R&D is likely to gain more prominence in all countries across the globe in the coming years, particularly in emerging economies such as China and Brazil. Therefore, in an age that is signified by data and knowledge expansion, R&D will spearhead global progress.