The history and science of mask-wearing 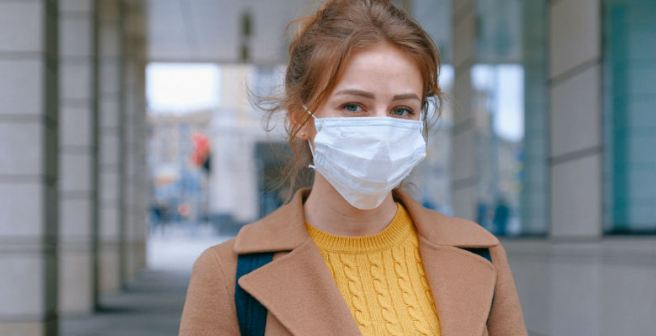 Note: This content was originally published on IndiaBioscience on June 8, 2020, and has been republished here with permission.

If previous pandemics have offered the world a lesson or two, then it is the use of masks. The practice of wearing face-masks to prevent disease can be dated back to the 1910-11 Manchurian epidemic in China. It was Wu Lien-teh, a Cambridge educated Chinese doctor who described the mask as a ​‘prophylactic apparatus’ that could be worn by all to protect themselves from the plague. An entire century later, masks have remained a humble yet effective tool that can be easily mass-produced and utilized in our battle against infectious disease.

In the same decade as the Manchurian epidemic, over 40 million people around the world lost their lives to the Spanish flu of 1918. This number is greater than the total casualties from World War I. The same outbreak, when it reached India, arrived as the Bombay fever and took 17 million lives, 40% of the total deaths worldwide. The practice of covering one’s face with scarves and veils with the intention to ward off disease originated during this period and remained until it faded towards the end of 1919.

In 1923, the Great Kanto earthquake in Japan was followed by a firestorm that wrecked over half a million homes. Damage to the Fukushima reactors leaked radiation and left the sky filled with residual ash for months. Facemask production surged and it became an accessory for the inhabitants of Tokyo and Yokohama. The influenza epidemic in 1934 triggered a different relationship with masks for the Japanese, that of social courtesy. Infected people were conscientious about not passing on germs to others, and masks were no longer only worn by healthy individuals trying to avoid illness.

This early, occasional mask-wearing transformed into a year-long habit as industrialisation from World War II and pollen emitted by the Japanese cedar polluted the air. Today, this practice is deep-rooted in the historical framework of East Asian culture. It symbolises more than just protection from infection and represents cooperation and solidarity that allows a society to function during a pandemic. It reinforces civic duty and helps us deal with the fear that conquers the healthy and sick alike.

Mask wearing is not new, COVID-19 is

Today, the most affordable protection available against the novel coronavirus which causes COVID-19, is in front of our faces, literally. There is an extremely good reason to wear a mask: wearing one decreases the probability and the number of people who can be infected by a person who carries the disease. Masks are designed to prevent the escape of a significant number of droplets (also known as aerosols) expelled from our nose and mouth. A cough can produce as many as 3000 droplets and I may spray thousands of microscopic droplets as I utter the phrase — ​“Wear a mask!”

The N95 mask, for instance, can block particles that are as small as 0.3 microns with 95% efficiency, while surgical masks can do the same with an efficiency of 75 – 80%. Although not all masks offer complete protection against the entry of viral particles, they still aid the immune system by effectively reducing the overall quantity of viruses that the immune system might have been exposed to otherwise.

This becomes relevant when it comes to barricading virus-containing droplet nuclei using masks. Droplet nuclei consist of tiny amounts of fluid, carrying the virus that remain suspended in the air for several hours. They are usually less than 5 µm in diameter – twenty times smaller than the width of a human hair. As a result, these droplets can travel by virtue of air currents and can be breathed in, as opposed to larger droplets that usually fall to the ground or a surface due to gravity. Thus, these small droplet nuclei can act as a vehicle for airborne diseases. Droplet nuclei can be formed by the natural drying of respiratory droplets that are generated naturally as a result of talking, breathing, coughing etc.

The principal route for the transmission of the novel coronavirus is through respiratory droplets from pre-symptomatic as well as asymptomatic individuals. Although the viral droplets were earlier thought to remain actively suspended in air for only 3 hours, a new preprint suggests that the viruses in the droplets can survive for over 16 hours.

Some of the measures that can prevent the spread of the virus are limiting interpersonal contact through physical distancing and tracing infected individuals. Wearing masks in public has been established as effective in reducing the incidence of transmission per contact. As one would expect, this is most effective when mask-wearing is adopted as a consistent practice by the public.

A research team led by Jeremy Howard, data scientist and faculty member at the University of San Francisco, proposed a mathematical model of COVID-19 transmission. The model estimates the successful outcome of wearing masks considering three aspects: efficacy of the mask in offering protection against the virus, the proportion of the people who practise mask-wearing, and the rate of transmission of the virus. The model suggests that if most people wear a mask in public, the transmission rate is at its lowest, effectively slowing down and eventually stopping the spread of the disease. A rudimentary DIY (do-it-yourself) mask will not block every single viral particle but it lowers the transmission rate.

As asymptomatic, infectious carriers contribute to a significant proportion of the infections and masks do an effective job of blocking the infection at the source, ​“masks for all” may be the best option for preventing disease spread.

In a 2015 study, a team of Indian scientists studied the dispersion of particles expelled during coughing/​sneezing using aerodynamic simulation techniques. The study was led by Guruswamy Kumaraswamy, Indian Institute of Technology (IIT) Bombay; Prem Andrade, Ansys Software; and Pankaj Doshi, Pfizer Inc. The researchers observed that larger droplets emitted from coughing/​sneezing can be blocked by a mask. A mask reduced the distance travelled by smaller droplets from nearly 2 metres to less than 30 cm. At the same time, maintaining a physical distance of at least 2 metres is greatly beneficial as even the particles that escaped the mask in the study could carry the virus no farther than 1.5 metres.

A Cambridge University study published in 2013 compared homemade masks made out of a variety of household materials with surgical masks on their efficacy in offering protection during an influenza pandemic. All the masks studied in the report reduced the number of microorganisms expelled into the air by volunteers, at least to an extent. Masks from dish/​cleaning towels or cotton blend t‑shirts turned out to be considerably effective in capturing small particles (stopping 83% and 74% of the particles, respectively).

Cloth masks, when worn by infected individuals, can play a role in protecting people in their immediate surroundings from the infection even if they are not as effective as an N95 respirator tailored for medical personnel. Cloth masks offer source control — they reduce the possibility of transmission of infection from an infectious mask wearer. This is the single most important reason for the public to wear masks.

Live panel discussion: COVID-19 and vaccine development
As the COVID-19 pandemic is sweeping across the world,…
3k

In order to rightly prioritise the medical and clinical community’s access to respirators and surgical masks, the Indian government is encouraging the use of cloth masks. Taiwan, Thailand and the Czech Republic are other governments who have encouraged the use of DIY or cloth masks by the public. Cloth masks, as an alternative to surgical or N95 masks, offer reduced blockage of viral particles and yet a higher degree of protection against transmission when a large proportion of the public wear them.

Mask-wearing is an enduring and powerful form of protection, even beyond the biological context of disease spread, as it fosters a sense of social responsibility and unity, which is necessary to face a challenge like the present pandemic.

How I defended my dissertation online: 7 Researchers share their…

The history and science of mask-wearing 7 min read

A scientist's plea on coronavirus: now is not the time to relax 4 min read