Authors often find the peer review process formidable due to the delays in editorial decision making. Why do editors take long to inform authors about the fate of their paper? In this series of posts, the Chief Editor of Polar Research, Dr. Helle Goldman, answers this question from an editorial perspective.

Why is peer review so slow? The first step:…

Authors often find the peer review process formidable due to the delays in editorial decision making. Why do editors take long to inform authors about the fate of their paper? In this series of posts, the Chief Editor of Polar Research, Dr. Helle Goldman, answers this question from an editorial perspective.

Why is peer review so slow? The first step:… 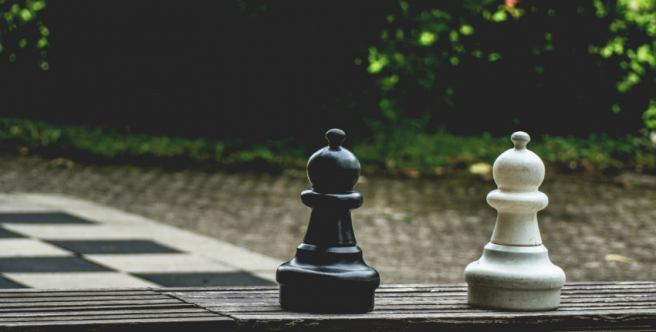 The previous two articles in this series discussed the challenges Polar Research faces in finding two or three willing peer reviewers for submisssions received. Well, Polar Research isn’t alone in experiencing this. Many journal editors are bemoaning the increasing rate at which researchers are turning down peer review invitations – or simply ignoring them – on the grounds that they’re too busy.1,2

Frustrated journal editors have proposed a variety of carrots and sticks to encourage invited reviewers to abide by the rule of thumb that, in the course of a year, a researcher should agree to do as many reviews as he receives for his own submissions.1,2 For an author of four submitted manuscripts, this translates into eight reviews, ideally for journals that are at about the same “tier” as the journals she has submitted to. There may be a tendency for a researcher to accept invitations to review for top-tier journals even if most of his own submissions are handled by journals lower down the prestige ladder. It’s happened all too often that an author whose work is published in Polar Research subsequently turns down, time and time again, our invitations to review other manuscripts. This is bad form.

There’s a larger picture that must be recognized. The current – and worsening – “reviewer overload” can be traced back to how administrators at universities and other institutions began, in the 1980s, using the quantity of articles published annually by a researcher or faculty member as a measure of productivity that would translate into hiring, research funding, promotions and tenure.2,3 In the audit culture that’s firmly established itself in academia, it’s mostly quantity that counts. If quality is to be factored in it must be reducible to a number.

In this environment, governed by these values, it’s no surprise that researchers are grinding out papers at a rate that would have made their predecessors’ heads spin a few decades ago. To achieve this output, authors sometimes resort to “salami slicing” (cutting the results of a study into “smallest publishable units”), which, ultimately, wastes the time of reviewers, editors and readers and goes a long way toward explaining the scarcity in agreeable reviewers.

What are the challenges faced by international students?
127

As at other journals, we do our best at Polar Research to have submissions reviewed in a timely fashion. In an effort to get a paper properly reviewed, we editors will gladly consider as peer reviewers early-career researchers as well as retired scientists, non-academic experts and others who are in between institutional affiliations. Such people are often the least blasé about being asked to review a manuscript and often devote considerable effort and care to the task.

We remind peer reviewers when their reports don’t arrive on time. The reminders grow increasingly plaintive with each passing week. We wring our hands when these reminders are ignored and, months after the manuscript was submitted, a new reviewer must be identified and courted.

I have no solutions to propose for this situation in which we have allowed ourselves to be trapped. However, I do hope that by giving authors a peek into what it takes to get a journal submission reviewed, they gain an understanding of the challenges editors face and the reason for the sometimes considerable delay in editorial decision-making. We know how frustrating the wait is for authors who may have a great deal riding on the acceptance decisions they hope are coming.  We ask them to show forbearance. We also ask them to minimize salami slicing and to agree to review papers commensurate with the reviews that they receive for their own submissions.

Go global: 6 Great tips to get your regional journal indexed in SCIE