Thousands of copyrighted articles are still being uploaded on ResearchGate, reveals a recent report 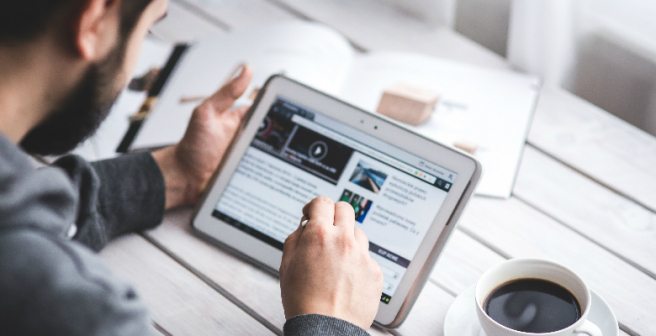 ResearchGate continues to provide access to thousands of copyrighted articles, revealed a recent report by the Coalition for Responsible Sharing (CfRS). The coalition, which includes publishers such as Wiley and Elsevier, was formed in 2017 to tackle the surge of copyrighted articles being uploaded on the academic networking platform ResearchGate.

At the time the CfRS was formed, as many as 7.7 million copyrighted articles were found on ResearchGate. Publishing giants Elsevier and American Chemical Society requested ResearchGate to modify their content-sharing policy, which were ignored by the networking platform. Following this, the publishers filed lawsuits against the platform in the U.S. and Germany for large-scale infringement of copyright. In response to the take-down notices sent by the CfRS, ResearchGate pulled down 1.4 million papers published by CfRS members.

The latest CfRS report published in June 2019 states that ResearchGate has continued to upload approximately 1 million copyrighted articles without permission, 300,000 of which were published by members of the CfRS.

The CfRS has been pushing ResearchGate to install an automatic pre-screening system that will prevent users from uploading copyrighted content to the platform. The current practice of sending takedown notices for each copyright-infringing article is “a needlessly complicated process that is disruptive to researchers,” says the coalition.

My paper has been uploaded on ResearchGate without my permission. What should I do?
I found that my paper which was published in an open…
10k

The report also pointed out that ResearchGate fails to update corrections and retractions issued by the journals, thus “undermining research integrity and continuity.” So far, CfRS members have sent 400,000 takedown notices to ResearchGate for illicitly sharing copyrighted papers on its website.

Dr. James Milne, the chairperson of the CfRS, highlighted another issue that publishers are facing. Speaking with Times Higher Education (THE), he pointed out that the availability of copyrighted articles on ResearchGate is weakening the negotiation power of publishers, and thus making it easy for institutions to let go of journal subscriptions. The German consortium, for instance, is assertive in its stand for open access deals. According to the article, this is possibly because librarians are assured that researchers can access free articles on platforms like ResearchGate.

How do you think publishers and ResearchGate can prevent the tide of copyright-infringing articles on the researcher-networking platform? Please share your thoughts in the comments section below.

Learn the essentials of protecting your research

Thousands of copyrighted articles are still being uploaded on ResearchGate, reveals a recent report 3 min read

How to write a statement of the problem
Prof. Henry Bwisa
LEARNING TIME
2 hrs
LECTURES
4
approx. 30 min each
Show all