How to write a research paper in English
Workshop at Chungang University, Korea: Preparing for…
Practical tips for improving medical papers
Editage conducts English writing workshop for China's…
50 Motivational quotes and tips, 1 for each week of 2019 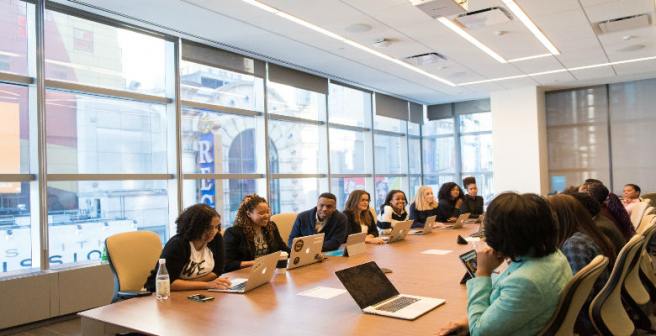 In a continuing relationship between Editage and Kyunghee University, John D. McDonald conducted 2 one-day workshops at their university. Due to the number of expected participants, one full-day session was repeated to two different groups of (primarily) science-based graduate students.

The focus of these  full-day workshops conducted by Editage Korea on July 8 & 10, 2014 was “How to write a paper in English”, which due to the needs of the graduate students that were attending, was to focus on core organizational concerns and common structural and language problems when writing in English, and then to provide some practical examples of how to improve their writing.

Attended by over 140 students over the two days, the atmosphere of the workshop remained positive throughout. Key components of the session included: a brief discussion of some trends and reasons for research writing, a discussion of organizational and ethical concerns in the writing process, and practical tips pertaining to key aspects of language and styles used in journal writing.

As is normal for sessions of this type, John began the session by discussing a key problem for writers in English—not having a plan when they beginning to write, which also gives novice writers a great deal of stress. Central to this ‘map’ is that writers need to know where they are going to submit their work, as this affects everything from level of vocabulary used, to formatting of the work, to the actual presentation of key concepts so that they target reader can process the information efficiently. To streamline the submission process, and due to the fact journals generally prefer that writers succeed in their task, publishing companies typically have a website full of information about key guidelines (e.g.: http://pubs.acs.org/page/4authors/index.html).

Another key problem for non-native writers is a lack of understanding of the structure of an English-language paper. The standard structure of information (IMRaD) was presented, along with the concept that English is ‘top-loaded’ at the paragraph level and ‘front-loaded’ at the sentence level, which provided these non-native writers (especially in Korea) a new tool for producing stronger writing.

As a specific example of this concept of organization, the 3 steps necessary for an Introduction were discussed, with a special focus placed on the importance of clearly defining the research area so that your paper becomes a ‘solution’ to the problem stated.  These concepts were supported with examples from published materials, and continued through all sections of a research paper. During this session, John gave repeated advice on how to use appropriate verbs and verb tenses, active and passive voice, and how the strength of the verb can affect the perception of stated results.

In terms of style and formatting, a number of differences between English and Korean were presented, including: putting a space between a number and its unit (5 mM), writing the long form of an abbreviation before the short form (signal-to-noise ratio (SNR), and the proper use of dashes (6–9 m, not 6~9 m), among others.

More importantly, there was a discussion of using appropriate referencing style when submitting your work to the journal. Examples of styles were given (see Figure 2). And though not related to the actual content being presented, using the wrong style was described as ‘dressing inappropriately for a job interview’ as the reviewer knows that the paper will not be accepted before they begin reading. Style (first impressions) are important.

These workshops appeared to be well-received, with the majority of attendees remaining engaged throughout the day.