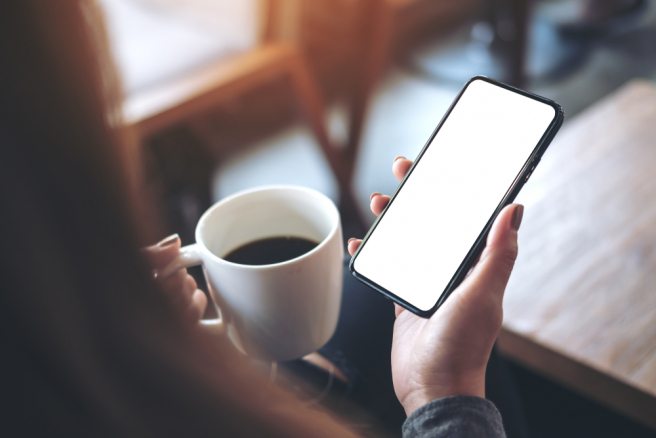 The world of academia has definitely caught the social media bug. But of all the available social media platforms, Twitter seems to be the most popular hub for professionals within academic circles.

In a survey of 711 academics, Lupton (2014) found that nearly 90% of them use Twitter for their professional work.

Did you know that, on an average, more than 350,000 tweets are posted every minute? An incredible number, isn’t it? Must be rather difficult to participate in, or even keep track of, trending Twitter discussions; especially with your hectic schedules and overflowing workloads. But don’t worry! We’re here to point you in the right directions and help you stay on top of trending tweets.

So what was cooking in the world of “Academic Twitter” through the month of February? What caught people’s attention? Here’s a quick roundup of some of the more popular Twitter discussions in February:

February 11 was celebrated as the International Day of Women and Girls in Science and the hashtag - #WomeninScience - was picked up by many to discuss, recognize, and pay tribute to some of the most remarkable female minds in science and academia. In addition, several #WomeninScience posted selfies and proudly declared which areas of research they pursue. This inspired several powerful hashtags such as #IAmAPhysicist and #IamaChemist. Here are some of the trending Twitter threads for #WomeninScience that you simply shouldn’t miss:

Finding women in tech shouldn't be this hard. On #WomenInScience Day, speak up against gender bias in STEM! pic.twitter.com/TtudWUCvHv

It’s the International Day of Women and Girls in Science!

During February, academia on Twitter witnessed the revival of the hashtags #AcademicValentine and #AcademicValentines. Putting their own unique spin to Valentine’s Day, academics at all levels channelled their creativity and tried their hand at writing poetry. The result was a host of catchy rhymes starting with the words “Roses are red… violets are blue.” Some of these were satirical, some romantic, and some others purely academia-based. Also popular were academia-themed Valentine’s Day cards and special calls for papers, amongst others. Here are some of the best ones in our opinion:

Roses are red
Correlation isn’t causation
If this gets retweeted,
Does it count as a citation?#AcademicValentine

Roses are red,
Lilies are blue,
This poem was short,
But reviewer 3 required a number of modifications, so we had to cite many of his own poems and also change the title of the poem, rephrase the last few rhymes, and replace violets by lilies #AcademicValentines

Aside from these two hashtags that were trending in February, some hashtags are popular throughout the year within academic circles. One such hashtag, #phdchat, is very popular among PhDs across fields. It’s great for tips, tutorials, discussing how you research is coming along, or simply sharing your real life struggles as PhD students. Here are some trending discussions and tweets for #phdchat in February:

If your supervisor is doing good job give them some positive feedback. They make your research experience much better. So let them know you appreciate their efforts. #PhDchat #ECRchat #postdoc pic.twitter.com/Oztoile6cj

The naming of lab racks is getting out of hand and there’s still more to name. Suggestions please. #phdlife #phdchat pic.twitter.com/wCoXe85frM

I judge how my PhD is going based on what junk food I'm currently craving. Today I have eaten a whole packet of pink wafter biscuits and I think that tells you all you need to know. #phdchat

Before you write tomorrow's to-do list, write down what you accomplished today. Recognize your progress. #acwri #phdchat

Another hashtag that is always popular is #SciArt; a fact that will cease to surprise you once you take a look at some of the amazing artwork shared using this hashtag. Following #SciArt on Twitter is nothing short of visiting a versatile, scientific art gallery! With beautiful sketches, paintings, art installations, comic strips and much more to offer, #SciArt will always leave you tongue-tied! These were some of the more popular #SciArt tweets during February:

yes, cells have complex personalities - which one are you? #sciart #scicomm #drawing #science #art pic.twitter.com/Hipx0WrnJx

If you’re looking for a virtual academic community that is made up of a good mix of academics with varying academic careers and years of experience, then the #AcademicTwitter thread is the place for you. This trending hashtag is used by professionals across academia to air their views, share their learnings or experiences as academics, start up discussions with other academics, or simply ask for opinions from the academic community. Here are some of the #AcademicTwitter tweets that were trending in February:

Pretty sure my student didn't actually write their own case brief.

It's too early in the semester for cheating. #AcademicTwitter pic.twitter.com/xISiLq3CWx

"How to organize a project" - The talk I wish someone had given me, when I started my #PhD in #BioInformatics
My slides are available here: https://t.co/3LvRqb00K8
Tags: #AcademicTwitter #phdlife #phdchat #Rstats #Python #dataScience #research #teaching #postdoc #science #data pic.twitter.com/XoKCxS8TNN

You know what? All this talk of academic working hours and #academictwitter eating itself again: the most annoying part of this debate is the people who think that only those with children are entitled to a work-life balance.

So there you have it - an overview of what was brewing on academic Twitter in February. If you haven’t already looked at these tweets, it’s not too late. We’re sure you’d appreciate them!

Did you find this article useful? Did you come across any other interesting Twitter discussions this month that you’d like to share with us? Write to us in the comments section below. We’d love to hear from you!

Be sure to follow us on Twitter (@Editage), if you haven’t done so yet. And stay tuned for next month’s roundup of what’s brewing on Twitter!