Duke University to pay $112.5 million to settle research…
Patent trolls: What they are and how they affect innovation…
Suspected predatory publisher OMICS acquires Canadian…
Informed consent
Latest data shows that Sci-Hub thrives despite… 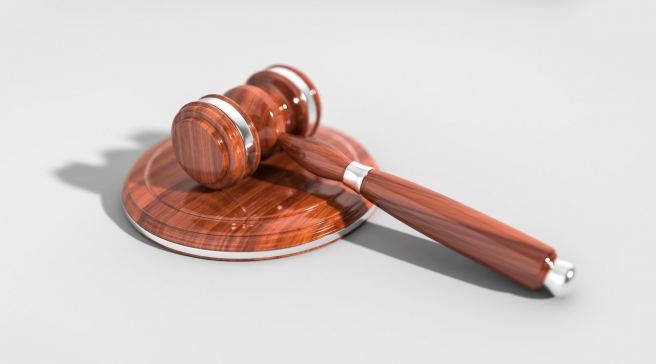 The legal clash between the University of California, San Diego (UCSD) and the University of Southern California (USC) over rights to the federally funded research on Alzheimer’s disease has caught the attention of academia as well as the global media.

The dispute began last month when the head of the Alzheimer's Disease Cooperative Study (ADCS), Dr. Paul Aisen, left UCSD to join USC. Soon after, UCSD filed a lawsuit against USC and Aisen (along with his team of eight that moved with him) for allegedly conspiring to take over the ADCS illegally and depriving access to the data for the project. According to the lawsuit, Aisen attempted to move the study to USC without the consent of the university and National Institute on Aging, which funds the study. Aisen, UCSD claims, was lured to join USC “with the expectation that Aisen’s salary would be paid by 'extramural research funding you [i.e., Aisen] obtain.” Moreover, they allege that Aisen took unauthorized control of the study data by moving the data to an Amazon cloud account to which UCSD has no access. Apart from the jury trial, UCSD is also seeking an unspecified amount of money from USC.

USC expressed disappointment in response to the lawsuit and stated that their efforts to recruit Aisen are routine in academia and that UCSD’s reaction is too harsh. Aisen, on his part, maintains that the study data has been continuously migrated to the cloud account since 2013 and that both USC and UCSD have access to it. In a statement on July 6, he stated that “This lawsuit is more about affiliation with an institution than about the protection and support of Alzheimer’s research.”

On July 31, USC filed a cross-complaint against UCSD claiming that the university’s actions were disdainful. They state that UCSD attempted to get Aisen to sign “oaths of loyalty” which was “unconstitutional.” Aisen was also denied access to electronic data while he was still at UCSD, which according to the complaint, led to “jeopardizing his ability to monitor clinical trials and protect patient safety and research integrity.” They added that the lawsuit is aimed at “stifling academic freedom and to intimidate [sic] researchers from leaving the UC System” and defaming Aisen.

Q&A
"Legal" is required as a mandatory file in the submission process. What is this?
When I was going to submit my manuscript to…
157 views

In response, on August 3, UCSD released a statement in which it denied all the allegations made by USC and stated that the cross-complaint is a “collection of distortions, misstatements and outright falsehoods.” The statement claimed that “This legal dispute has never been about academic freedom.”

Meanwhile, on August 3, Eli Lilly and Company, which is one of those pharmaceutical sponsors of Aisen’s study, announced that is shifting research funding from UCSD to USC to test an experimental Alzheimer’s drug in a study called A4 or Anti-amyloid Treatment in Asymptomatic Alzheimer's disease (A4). According to the pharmaceutical company, “it is in the best interest of the A4 study and its participants to end UCSD’s management of the study.” However, the Californian court has reportedly ordered USC to hand over all the data to UCSD till the lawsuit is resolved.

The many twists and turns in this legal dispute indicate that more developments can be expected in this highly publicized case.