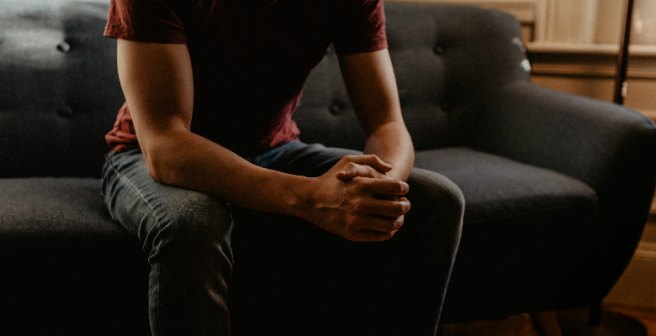 I am struggling. And, until a few days ago, the fact that I was struggling – especially that I was visibly struggling – was making me struggle that much more. It was a vicious cycle that I found myself in, until I finally broke.

“The thing about a spiral is, if you follow inward, it never actually ends. It just keeps tightening, infinitely.” – John Green, Turtles All the Way Down

I decided to entirely restructure my thesis three days before my draft was due. Right move, wrong timing. I realized the day before that it would be physically impossible for me to get a draft that I was proud of by the deadline, so I emailed my advisors asking for an extension. Just an extra four days. I heard back from two of them that that was fine, and assumed the others would be fine as well.

The universe had other plans. Waking up the next day, I was sick with the flu, and my partner’s family was in town for the first and only time during our grad school experience. I tried to manage my declining health, work on my thesis, and entertain a group of people that I desperately wanted to impress. Spoiler alert: it did not go well. I got sicker, my thesis did not get better (I would argue that by rushing to get it done, I sacrificed the quality of my work, so it actually got worse for a short period), and it became obvious to everyone that I was very ill. I had to take a day and sleep it off.

Two days before my next deadline, I had still not made substantial progress on my thesis. I began to panic.

Why can’t you just write it down? You’ve been working on this for a year. Just make the damn argument.

But I physically couldn’t. Stress had colored my brain, until all I could think about was the fact that I was late and not making any progress.

You’re going to miss another deadline. You won’t get good recommendation letters. Your thesis is sh*t. You won’t get into PhD programs. Drop out now and join the circus.

The day before my self-imposed deadline comes along, and I’m in no better shape than I was when the original deadline passed. I decide that I have to go to class, even though I am only auditing and have not read the material, because I’d already missed class once that week and wanted to impress the professor. I do not hear a word of the lecture, do not participate in the group discussion. All I can think about are the seconds going by, seconds that I am not using to write.

I feel a panic attack coming on. Leave to go to the bathroom. Text my partner, “I am not doing well,” after a week of pretending everything is going fine. After all, he was able to make the first deadline. I email my advisor. Here are my exact words:

“Would you by chance have time to meet today? I wouldn’t say it’s an emergency, but I would really appreciate it.”

My partner responds. He’s been stressed too, and feeling unconfident in his work. We make a plan to help each other later in the evening.

My advisor responds: “Come to my office at 3.”

I breathe. Manage to regain control of the panic attack (thanks to years of counselling; I’m not a magician). Return to class where I am still unable to pay attention.

I walk over to my advisor’s office. I am twenty minutes early, but his door is open. He invites me in and I close the door.

Immediately, I begin bawling. I tell him what has been going on, how I have been spiralling, and how it’s gotten so bad that I’ve been questioning my ability as a philosopher.

I realize that it wasn’t the thesis, or even the deadline that was causing such an impenetrable mental block. It was that I was so worried about the fact that I was late, that my thesis wasn’t up to my standards, and I was worried that someone else would realize that I’m struggling. In my mind, I had connected the fact that I was struggling with the belief that I wasn’t good enough or cut out for academia. Saying it out loud made me realize how wrong that sounded.

I am very lucky to have sympathetic advisors. The story may have gone differently, if I didn’t. But my advisor calmed me down, explained that others were also in my situation, and that the fact that I was late and that my draft was a work in progress, did not disappoint him. He assured me that he had seen me do good work, or else I would not be doing as well in the program, and that I have impressed the entire department with both my philosophical talent and commitment to the program. He told me to send him what I have, and would help me improve it.

I leave his office feeling better. I email my other advisors, explaining that I have been struggling and that this draft is not a reflection of my best work. I feel like I’ve accomplished something.

Following the meeting, I still have missed a deadline. I still do not have a completed draft that I am proud of.

But I no longer feel like the fact that I am struggling is a reflection of my academic ability, or an indication that I lack the tenacity needed to survive in academia.

I am still struggling, but I am no longer spiralling.

PhDoing Life is a Philosophy graduate student. This story was published on September 9, 2018, on the blog, PhDoing Life (available here), and has been republished here with permission.

What does a PhD weekend actually look like? 7 min read