How I learned to let go of career barriers and burdens 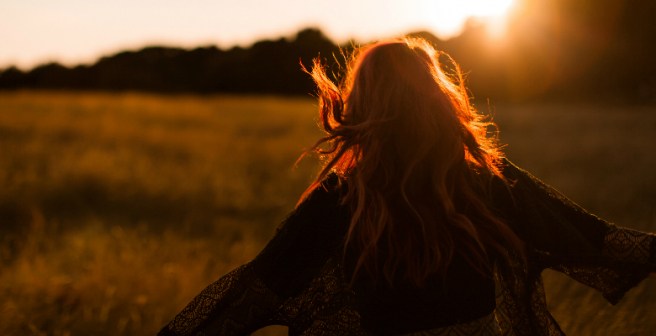 I was digging through my backpack a couple of weeks ago looking for a snack, and I came across the finishers’ medal from a Spartan race I had run…in October. Without realizing it, I had been carrying that medal around everywhere I went for the past two months. To work and back every day. Through numerous airports (surprisingly without ever getting flagged at TSA), and across over 10,000 miles of travel. It’s a pretty big medal and weighs over a pound, so definitely enough to be a burden. The funny thing I realized is that it would have actually been less of a burden if it had weighed something like 10 pounds. If that were the case, I would have noticed the weight immediately and taken it out of my backpack before going to work the next day.

One obvious and embarrassing takeaway of this story is that I need to clean out my backpack more often. However, there’s a bigger lesson here. In our careers, we often carry around burdens that slow us down, but we keep carrying them because they’re not quite heavy enough to get our attention. And, one of the best things that can happen is when the burden gets big enough to make us realize that we need to let it go. A few examples of this that I’ve experienced throughout my career include:

As an undergraduate new to research, I thought it would be just like the lab classes I took. Follow the directions, be efficient and you can finish in half the time, and everyone gets a pretty yellow crystalline solid. If you’ve worked in a research lab for more than one day, you know just how wrong this is. However, as an undergraduate working in lab part-time and without too much at stake, the fear and frustration of failure was like that one pound weight. It slowed me down, but was bearable. This changed when I got to grad school. Research became my all-day, every-day life and the stakes became much higher – my future career was riding on successful experiments leading to research articles. The weight of my fear became crippling and I was forced to acknowledge that if I didn’t let go, it would stop me from moving completely. It was the best thing that could have happened.

As a student and postdoc, my day involved making quite a few decisions: What solvent will I use for that reaction? Which experiment is most important to do first? Is that article worth reading? However, the number of decisions was still small enough that I could obsess over every one of them. As a new faculty member, the number of decisions I had to make every day changed by orders of magnitude. My days were consumed with things like: Do I order these graduated cylinders or those ones? Do we hire this postdoc or that one? Do I say yes to that opportunity or not? Within the first month, I realized that if I stopped to obsess over finding the-one-absolutely-best answer to every question, my lab would never get anywhere. Instead, I had to let go and lean into the knowledge that I would make some good decisions and some bad ones, and that was unavoidable. The best I could do was to try to be wise with each choice, keep moving forward, and learn from the things that didn’t go so well. Even though my average day still involves a tremendous number of decisions, I actually have less stress from this than when I was a grad student.

I’m a people pleaser by nature. That may not seem like a bad thing, but it was causing me anxiety and creating a lot of extra work. However, I could get away with trying for a long time. What finally changed this? Twitter. As I’ve become more active on social media over the past year, one thing has become evident – no matter what I say, there will always be someone who disagrees with me or tells me that I need to do more. But, Twtter is not my job. It’s arguably not even part of my job. It’s something I do for fun in the spare corners of my time because I enjoy connecting with, learning from and encouraging others, and engaging in dialogue over what academic culture could look like. What started out as a mild burden of trying to respond to every critic quickly became unmanageable. I had to let go or it would start to eat away the time that I spend on my actual job of teaching and mentoring students and managing a lab. Again, this turned out to be awesome. It has forced me to learn how to see or hear someone’s problem or criticism and try to understand, but without feeling like I need to be the one to intervene. I've now brought this same attitude into my other relationships. It has turned out to be transformative to how I interact with my coworkers and family, and I’m actually a more empathetic person because of it.

As you read this, you may be starting to recognize the things that are becoming huge weights in your life or career that you need to let go of right now. That’s great. Even more so, I want to encourage you to do the hard work of “cleaning out the backpack.” What are you carrying around that’s slowing you down and you don’t even realize it? Think about how great it would feel to get rid of that burden now before you carry it through another year.

Jennifer M. Heemstra (@jenheemstra) is an Associate Professor of Chemistry at Emory University. This story was published on December 31, 2018, on Jennifer's blog, ‘Things that change the way I think’ (available here) and has been republished here with her permission.