Why I don't mind leaving the ivory tower 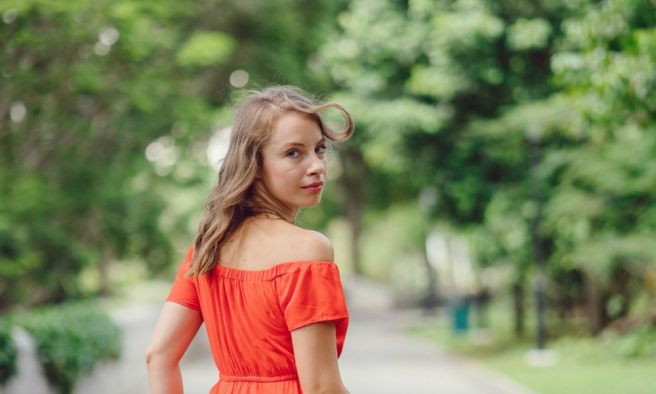 In late October 2018, I drove from Atlanta to North Carolina for a job interview, setting my alarm for 5:30 am. According to Google Maps, the drive was 6 hrs. I didn’t really have money for a hotel – and I kinda like long-distance driving – so attempting this as a one-day excursion became my plan. I drove there in my interview clothes, switching heels for sneakers; NPR on the radio until I crackled out of WABE service area. Then, I started scanning for country music stations.

My postdoc hadn’t worked out. The first sign that things were going wrong came before my official start date, but it wasn’t until ~2 months in I admitted to myself – I made a mistake coming here, this is a bad fit. When I first got the postdoc offer, I played ‘Thunder’ by Imagine Dragons in celebration.

Just a young gun, with a quick fuse,

I was uptight, wanna let loose…

Before long, I was giving heavier airtime to another song with equal levels of defiance in its lyrics, but aiming in a different direction:

They don’t tell me nothing, so I find out all I can,

Later, I would talk about what went wrong, and wave towards a list of minor mismatches and small disappointments. Maybe I could have endured one or two hits from that list and remained a productive scientist. In the end, there was too much incremental unhappiness. My research productivity spiralled downwards.

By sun-up, it was raining heavily. Down to a two-lane highway, I found myself trailing a lorry, caught in the blinding plumes it threw back onto my windshield. I moved onto the inside lane and started to overtake. The lorry was throwing even more water to its sides; the strength of the spray made my car shake uncontrollably. I couldn’t see a thing; the steering wheel was loose in my hands. My instinct was to jerk out of the way of this dangerous onslaught – knowing that such a motion would cause me to crash off the road. In the rear-view mirror, I saw a car pull into the lane behind me – I couldn’t slam on the breaks. Shaking, I forced the accelerator down. The wall of water intensified and my car trembled, but I pushed forward until I’d cleared the lorry.

This job interview wasn’t going to be successful. Maybe my energy projected this as I pulled into a quiet Research Triangle suburb – rain still dripping off the glossy coverage of leaves. I was interviewing at a small, local company. LinkedIn trawling suggested they tended to hire PhDs from nearby universities. Sometimes, I worry I’m too much of a brash city-slicker, sometimes that I’m too introverted (both of them can’t be right). There’s never been a professional environment where I felt I fit, just some places where they were OK with my being slightly different. Still, I knew I’d never be considered for the job if I didn’t show up for the damn interview. Maybe they wanted different.

I can only be induced to listen to country music under certain circumstances. One of those circumstances is ‘long drives around the American Southeast.’ In the privacy of my own car – out in the middle of nowhere – it feels natural, and I don’t worry about others’ scorn.

‘Wagon Wheel’ by Darius Rucker came on the air as I flipped through stations and States.

Heading down South to the land of the pines,

Thumbing my way into North Carolina.

I’d heard it on the radio before – though, I don’t think I’d searched for the song-info afterwards – but today, I really listened to the words.

Oh, North country winters keep a-getting me down,
Lost my money playing poker so I had to leave town,
But I ain’t turning back, to live in that old life no more.

It isn’t always easy to talk about my postdoc. I knew I had failed. I’d come here straight off a tough PhD: in the lab at 5 pm on Sundays, balancing demanding group admin duties and refusing to splinter under the pressure of barely-successful research projects. I didn’t recognise myself in the defeated, miserable postdoc.

Many postdocs feel trapped in their research groups. This can be because they feel under-qualified and unprepared for the “real world” job market, or because they don’t know what they want to do next. This wasn’t something I struggled with. I agreed to leave my postdoc early, knowing I would stare down unemployment, a demoralising job search, and heightened odds of leaving the county. The risks seemed worth it; I just had to amass the strength to push forward.

I don’t know who the company decided to hire instead of me. Was it a PhD scientist from the Research Triangle? Were they noticeably more extroverted? The interview wasn’t a negative or awkward experience – I just wasn’t wowing anybody or setting the room on fire with mutual chemistry. It wouldn’t have been the best fit – a geographic compromise between the Deep South and the Eastern Seaboard which wouldn’t have satisfied me on either front. Glassdoor reviews didn’t think there was much room for professional advancement, even though they rated the company favourably. I had lunch in a really nice vegetarian/Middle Eastern restaurant down the street, so I can’t call the day a loss.

I got back to Atlanta around midnight, was snarled up in rush-hour traffic near Charlotte NC, had to pause at a South Carolina-Georgia Rest Area for an ~3-minute shuteye. Kept myself awake on the final stretch by counting down exit signs. I couldn’t remember which FM station I’d find WABE on, so I settled on late-night jazz until I could turn the engine off for good.

In a couple of months, I’d receive a job offer from someone else. “We have to hire her,” my intermediary recruiter was told by a client looking for a very specific hire. This client set out their job specs right before my resume metaphorically landed on their collective desks. The unusual contours of my resume lined up perfectly to the job description. It ticked enough of my boxes for it to work out happily. But really, my realisation that here was an employer who wanted me was the most powerful facet of the whole experience.

And if I die in Raleigh, at least I will die free.

Dr. Claire Jarvis (@StAndrewsLynx) is a Science and Medical Writer at Covance. This story was published on March 3, 2019, on Dr. Jarvis’ blog, St Andrews Lynx’s Blog (available here), and has been republished her with her permission.

Why I don't mind leaving the ivory tower 6 min read

Why I stopped faking it! 4 min read