A day in the life of a grad student with an invisible…
If I was allergic to anything, it was grad school
I can't help but feel that grad school is selfish
And I'm still coming out: Making my mark as a depressed,…
Brain weasels, black dogs and dealing with depression… 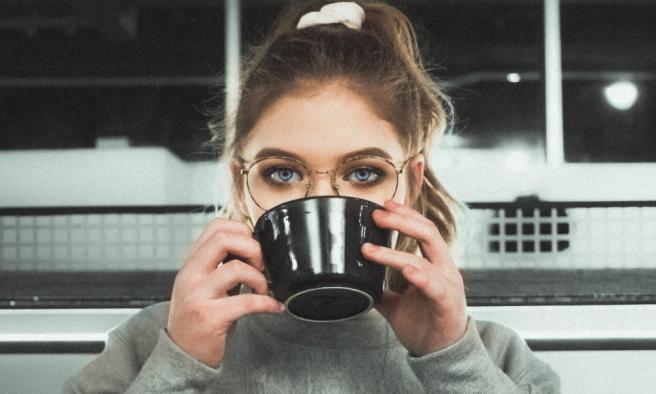 “You need to get yourself together,” my professor warned, staring at me with utmost concern. “You have to do better than this if you want a career.”

The words stung and burned into the darkest recesses of my mind, not because I was taken aback, but because I knew on some level they were true. They were the doubts that nearly kept me from applying to grad school in the first place and the soundtrack to every moment when I’ve wondered if I should even be in this field.

MAYBE I’D MADE A HUGE MISTAKE AFTER ALL.

When people ask how I’m doing lately, I have no idea what to say. On the one hand, I’m successfully living on my own again, and my PANS symptoms are 95% better. On the other, I’m easily the least effective graduate student in my group.

I feel like I’m the runt of the litter, when my professors thought they were hiring a pure-bred show dog. My undergraduate mentors apparently wrote glowing recommendation letters, but now that I’m here, I’m barely meeting these new professors’ demands.

After that conversation with my professor, I was utterly deflated. I’d been on the verge of a breakthrough, excited to find where it would lead, but now I wanted nothing to do with my work. I went home and cried, longing for the days at my old school when my professors understood me so well and always gave me the encouragement I needed.

I tried taking a walk around campus, I tried calling my parents to vent, and I even tried going out with a friend that night. But nothing could lift the storm cloud that was now enveloping me.

That familiar depression—the monster I’ve fought for over half my life—had suddenly crept back in to eat me alive. This was always how it began. I’d been on such a long streak without a full-blown episode, but here it was to taunt me all over again…

I couldn’t leave my room the next day. I spent the following day alternating between crying and scrolling through Twitter (but not tweeting anything because I was too exhausted to think of anything to say). I eventually went to the lab to attempt some work, but just looking at it brought on a panic attack, so I gave up.

Let’s just say that I felt utterly pathetic and unsure of why in the world I ever imagined I was cut out for grad school.

The problem with having PANS is that every time I have a bad mood or get extra anxious, I worry that I’m relapsing. The disease attacks the brain, so the symptoms are psychiatric and neurological ones, like depression, anxiety, OCD, involuntary movements, and too many others to name. It can be easy to mistake it for “garden-variety” mental illness, especially in the early stages.

And for me, most of my PANS flares start with sudden, severe depression, similar to what I experienced last weekend. I’d also been getting other symptoms in the days leading up, like more difficulty sleeping and even some tics, which often precede my flares too.

Was this going to be like every school year in my undergraduate career, cursed with a major relapse at some point?

BUT THEN CAME SUNDAY.

As difficult as it was to make myself do anything, since I was being far more unproductive than usual, I forced myself to get into the car and leave town for an afternoon. I had so much work hanging over my head, but I needed to get away from it all just for a bit.

And you know what happened?

I felt like myself again by the time I returned to campus. I had a renewed fire in me to prove everyone wrong—to prove that I really can do a strong thesis and have a solid career. So I went home and got back to work.

Although the fear that I’ll never be good enough still stings, I’ve realized that something incredible happened because of that meeting with my professor: I had a somewhat “normal” response to a painful situation—the depression I experienced wasn’t from my brain being inflamed like it is in a true PANS episode.

IT TURNS OUT RECOVERY IS COMPLICATED.

Many people think that recovery from PANS means a person has no mental health issues anymore, nor anything that could remotely be mistaken as a symptom. Perhaps there are cases like that, particularly if they were caught early and treated promptly, but I think this is too idealistic an expectation for a lot of us who went years without care.

Even if my depression and anxiety were initially caused by an autoimmune attack (PANS) years ago, it seems to me that because the disease taught my brain those maladaptive patterns for so many years, it still takes less of an emotional trigger to send me back into them now—but now my problem has become psychological rather than autoimmune.

It’s not surprising at all that I fell so hard and so fast into depression after what happened the other week—but the fact that a day out rather than more antibiotics or steroids broke through the darkness proves it had nothing to do with my disease this time. I’m just a struggling grad student now, and no amount of Prednisone can fix that.

At this point, a year since I re-started treatment following a catastrophic PANS relapse that left me as a shell of my former self, I dare say that for all practical purposes, I’m better…

But “better” is a tricky concept to define when you’re talking about a condition that attacks the brain, changes your personality, and forces you to relearn every aspect of normalcy. Better doesn’t mean you don’t have any kind of problems.

The reality is that I’ve just spent an entire year living at home and focusing on nothing but healing my brain—and for all I know, it’s still healing since the ability to stay on task and manage time can be one of the last things to improve. Either way though, it’s no surprise that being on my own and starting full-time grad school all of a sudden has been so jarring. No wonder I’m having a hard time, since I’m coming from a vastly different world than all of my healthy peers fresh out of undergrad.

When you’re going back to school after a serious illness, you have to be patient with yourself and give yourself credit for showing up—even when others say you’re not doing a good job. Don’t listen to them—you’re doing a fantastic job living the best life you can, given the circumstances.

If you’re like me, you might be ready to go full-speed and leave the sick days behind, but it takes time to relearn your limits and adjust to a new life. I’m learning that no matter what anyone says, I have to be patient and kind to myself.

I’m happy to say that things are starting to improve since that conversation with my professor, and I’m beginning to find my footing.

No, I’m not the most efficient worker, and perhaps by those standards, I’m still a runt. But you know what?  Sometimes the runts grow up to become the best dogs because of their differences.

So these days, I’m standing tall, and I’m proud of what I’m doing…  I hope others will soon be too.

This story has been shared by Iris Ainsley (@DreamingPanda1). This story was published on October 4, 2018, on Iris’s blog, The Dreaming Panda (available here), and has been republished here with permission.