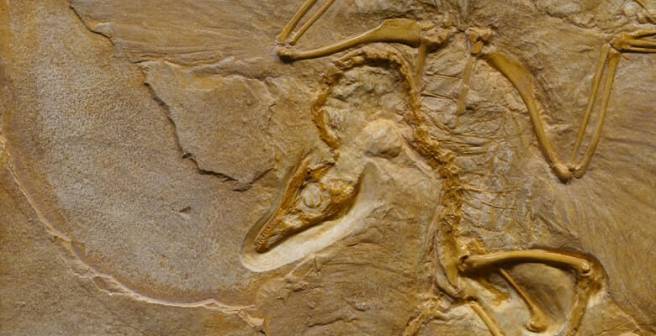 Twenty-seven years ago, German researchers discovered the fossil of a 120-million-year-old dinosaur in northern Brazil. In December 2020, a group of scientists confirmed with their publication in Cretaceous Research1 that the fossil is that of the earliest feathered dinosaur (named Ubirajara jubatus) in the Southern Hemisphere who was not related to birds. The discovery, instead of creating excitement, sparked a controversy which has now become a hot potato in the scientific community.

A Brazilian paleontologist, Aline Ghilardi, started a campaign on Twitter with the hashtag #UbirajaraBelongstoBR. The protest proved successful as the publication that talked about the fossil was retracted by the journal. The specimen is currently placed in the State Museum of Natural History, Karlsruhe, Germany. However, negotiations to return it to Brazil are in progress.

Such incidents where local researchers had been involved during fieldwork and research but later not given any credit have occurred repeatedly since the colonial times, and still prevails in paleontology in countries like Brazil and Mexico. A survey report2 was published by a group of scientists in March 2022 that assessed the extent of colonial practices that are still prevalent in paleontology in Brazil and Mexico. In their publication, they have argued that some high-income countries have been illegally exporting fossils from low-income countries without giving the local researchers their due credit, thus flouting the ethical guidelines of paleontological research, academic publishing, and the respective countries’ fossil laws.

The authors analyzed publications based on fossils found in Brazil and Mexico over the last 30 years. They calculated the number of papers that mentioned Brazilian or Mexican researchers or institutes in their papers, provided permits for fossil export, or mentioned trading the fossil (an illegal practice in both the countries), or did not return the fossils to the country of origin after research completion. Despite strict laws and vigilance against fossil export, they found that fossils were shipped abroad and stored in foreign repositories, mainly in Japan and Germany. The study also revealed that 88% of the fossils found in Brazil and mentioned in the sample publications were stored in other countries and not Brazil.3

Such practices where researchers from high-income countries conduct fieldwork in low-income countries, return to their home countries to complete the research, and never acknowledge the effort and contribution of the local scientists is called “parachute science”, “colonial science”, or “parasitic science”. For instance, a study was published in Current Biology that examines publications related to coral reef biodiversity in the Philippines and Indonesia and none of them involved a local scientist.4 Another instance is the underrepresentation of Africa’s contribution to geoscience.5

Much of the Global North’s early scientific advancements may be summed up as its researchers gathering specimens from the colonies and preserving them in their national museums. For instance, Charles Darwin, on his famous voyage on HMS Beagle where he even witnessed flying spiders, gathered numerous fossils from around the world, including multiple localities in Argentina and Uruguay. He exported them to London, where Richard Owen, a British paleontologist investigated further.6

It didn’t take much time for the campaign to turn into a full-fledged dispute where scientists from countries affected by colonial paleontology – Africans, Mongolians, and Latin Americans – joined forces to act against this exploitation of knowledge, credit, and hard work.

8 Pros and cons of using the Oxford comma
The Oxford Comma is one of the most common form of…
5.2k

The paleontological associations of Argentina, Brazil, Chile, and Mexico are planning to address the issue by publishing papers related to the issue and formulating solutions. They’re also planning to send a letter to a scientific journal explaining the ground reality of colonial paleontology in the region.

Hermínio de Araújo Júnior, president of the Brazilian Paleontological Society said that their intention is to highlight the role and responsibility of peer-reviewed journals in curbing colonialism in paleontology.3

“The [authorship] protocol needs to change with the times. We need to acknowledge the diversity of contributions that can be made from people from different backgrounds,”comments Australian ecologist Georgia Ward-Fear on the underrepresentation of women and global South in leading journals.4

In Latin American Congress of Vertebrate Paleontology, a virtual meeting that will happen in July 2022, scientific colonialism will be one of the focus areas. Juan Carlos Cisneros, a Brazilian paleontologist and a co-author of the March 2022 survey explained that “cooperation between paleontologists” is their ultimate goal. “We don’t want researchers from other countries to stop working here. What we hope for is that partnerships are more equitable and reciprocal. And that our laws are respected, as we respect the laws of other countries.”3

Q&A with Editage: Where to find SCI journals that publish case reports
Many authors face rejection solely based on the…
616

Why is #UbirajaraBelongstoBR still trending on Twitter? 5 min read

What it's like to be a paleontologist mom 9 min read