10 Tips to reduce the length of your research paper 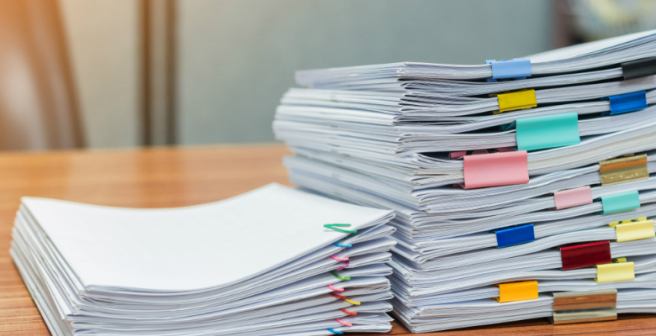 Many English-second language authors find it quite difficult to write concisely, because they cannot find appropriate words to substitute long phrases. In fact, conforming to a given word count limit is difficult for native English speakers as well because they usually have so much to say and have to remember to keep it short.

It’s best to keep the journal requirements in mind and try to write concisely when you are drafting your manuscript itself. After you’ve written your first draft, you can look through your manuscript critically to identify text that can be made more concise and sentences that can be shortened.

Here are 10 tips to keep your manuscript concise:

1. Look out for sentences beginning with “there is a previous study on,” “it has been reported that,” or similar phrases. Such sentences should be accompanied by reference citations, which make the above phrases redundant. These phrases can be deleted, leaving only the citation.

Original: It has been reported that the incidence of Alzheimer’s disease increases with age (Rogue et al., 2004). (17 words)

Revised: It has been reported that tThe incidence of Alzheimer’s disease increases with age (Rogue et al., 2004). (12 words)

2. Sentences carrying product names can be shortened by shifting the product name within parentheses.

Original: The samples were analyzed on the ABC spectrophotometer (Zhejiang Scientific, Zhejiang, China) to determine the xyz values. (17 words)

3. Nominalizations, that is, the use of noun forms instead of verb forms, are a big contributor to wordiness, so look out for these. In the example below, using “diagnosed” instead of “diagnosis” makes the sentence shorter.

Original: A diagnosis of cancer was made on the basis of the findings. (12 words)

Revised: A diagnosis of cCancer was diagnosedmade on the basis of the findings. (9 words)

4. In the results section, avoid stating individual values for groups, followed by the values for statistical significance. Instead, place the values within parentheses.

Original: The protein level was 5 mg in Group A, while it was 3 mg in Group B, the difference being statistically significant (p < 0.05). (25 words)

Revised: The difference in the protein level was 5 mg in between Ggroups A and B, while it was 3 mg in Group b, the difference being statistically was significant (5 mg vs. 3 mg, p < 0.05). (21 words)

6 Unnecessary comma errors to avoid in your research paper
Did you know that most comma errors you make in while…
14.7k

5. Check whether you can eliminate sentences containing very basic information that would be obvious to the target audience. Authors tend to add such statements especially at the beginning of the introduction and discussion. While it’s important to establish the context, offering your audience very obvious information may come across as patronizing.

Example: If you are writing a study about AIDS, avoid starting the introduction with a statement like “AIDS is a life-threatening disease.”

6. Look out for typical wordy phrases that can be replaced with less wordy options. Here are some common examples:

A number of - several

As a result - therefore

On the other hand - whereas

As a consequence of - owing to

7. English grammar allows for repeated verbs in a sentence to be eliminated by using something called “elliptical constructions.”

Original: Group A was given cyclosporine, Group B was given FK506, and Group C was given chlorambucil. (16 words)

Revised: Group A was given cyclosporine; Group B, was given FK506; and Group C, was given chlorambucil. (12 words)

8. Most document-processing systems like MS Office consider hyphenated words as one word. So opt for hyphenated terms wherever possible.

Original: After rehabilitation, the patients came to rely on themselves. (9 words)

Revised: After rehabilitation, the patients became self-reliantto rely on themselves. (6 words)

9. Using the active voice instead of the passive helps reduce the word count in certain constructions.

Original: Written  informed consent was given by all patients. (8 words)

Revised:  All patients gave Wwritten  informed consent was given by all patients. (6 words)

These guidelines will help you in reducing the length of your manuscript considerably without altering the content. But word reduction is never easy, and it often takes reading through the entire manuscript in several passes to be able to identify all possible areas allowing for conciseness. Unfortunately, if all else fails, you’ll have to go over your content and decide what aspects can be eliminated.

Structure of a research paper
This 2-minute video gives a quick overview of how a…
26.7k

The complete guide to writing a brilliant research paper