27 Hilarious academics on Twitter you need to start following today 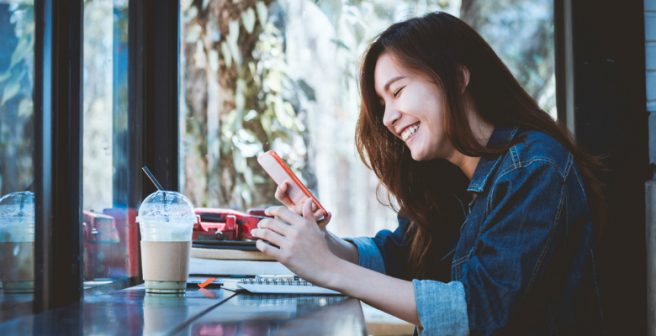 A few days ago, I asked a friend (with no connection to academia whatsoever) what he thought of the academic world. He told me that, to him, academia seemed like a rather dull and serious world. This got me thinking! How many other people with a non-academic background hold such an opinion?

Then I started pondering about the people within academia. Could there be some academics out there with a similar impression about their own world? Is it true that academics are traditionally averse to humour and fun? I, for one, disagree with this notion.

Having been active on Twitter for quite some time now, I’ve noticed a few patterns in the way academics use this platform. While they largely use Twitter to promote their own work and stay on top of developments within their fields, academics also make room for spirited humour and light-hearted candour. And I’ve been lucky enough to come across this funny, quirky side of academia on Twitter.

Academic Twitter has something fun and amusing for everyone - right from graduate students and PhDs, to college professors, librarians, and other professionals involved in research and academia. I know what you’re thinking – “How do I even begin to find funny academics on Twitter?” Well, you’ve come to the right place!

So take a break from writing, or grading papers, or peering into your microscope, and sit back and buckle up! Here’s a list of 27 hilarious academics on Twitter that I’m sure will make you smile:

1. PHD Comics (@PHDcomics):
PHD (Piled Higher and Deeper) Comics is an innovative comic strip “about life (or the lack thereof) in academia.” With striking comics and catchy captions, PHD Comics will keep you scrolling and wanting more! Their realistic depiction of simple (but understated) pain-points and frustrations of academics makes PHD Comics appealing to academics across different career stages.

2. XKCD Comic (@xkcdComic): XKCD Comic is an intriguing series of comics that address a host of topics, both academia-related and general. Each comic is loaded with subtle, dry humour that will make you both smile knowingly and critically think about a particular topic. But the real hook of these comics is the simplicity of its black and white, stick figure characters.

3. Academia Obscura (@AcademiaObscura): Best conveyed as they explain it, Academia Obscura brings out the “hidden silly side of higher education.” With the help of relevant images, memes, GIFs, screenshots from actual research papers, and just about anything else, Academia Obscura goes the extra mile to showcase light-hearted academic humour. If you’re looking for a short break from serious conversations and impending deadlines, they are definitely worth a glance!

4. Nein. (@NeinQuarterly): Nein. brings you a collection of “utopian negation.” Run by Eric Jarosinski, who describes himself as a “failed academic,” Nein.’s sarcasm will definitely make you do a double take and tickle your brain.

No weekend plans? @new_toon and I have a suggestion. pic.twitter.com/YJShp78P7P

5. Lego Academics (@LegoAcademics): Lego Academics presents a very unique portrayal of female academics. They use ingenious art arrangements made with lego blocks to take on the "challenges of modern academia." Their admirable attention to detail and accurate representations of academic life will have you hooked onto Lego Academics in no time.

Editor's clarification: Please convert all in-line citations we told you to convert to endnotes back to in-line. pic.twitter.com/PQzqjRr9z8

6. ShitMyReviewersSay (@YourPaperSucks): ShitMyReviewersSay showcases cheeky satirical tweets about peer review. It does a great job of tickling your funny bone while also reminding you not to take peer reviewer comments personally. It also adds a human touch to the seemingly impersonal publication process. Did you know that this account also encourages followers to submit the “finest real specimens of reviewer comments?”

“I am afraid this manuscript may contribute not so much towards the field’s advancement as much as toward its eventual demise.”

7. Academic Pain (@AcademicPain): As rewarding as it may be, we all know that being an academic is no easy task. Understanding this plight of academics, Academic Pain impressively highlights the different aches and pains of being an academic coupled with the most relatable, hilarious GIFs you will ever see. What’s more, you’re free to share your own “pain” (tagging @AcademicPain) and they’ll try to reply with a visual representation of it!

When you meet the deadline for a chapter draft, and then
you have to wait

8. Dr. Academic Batgirl (@AcademicBatgirl): Dr. Academic Batgirl is a personal favourite. She always keeps it fresh with a healthy mix of tweets on serious topics and a dash of good humour. She not only had me laughing myself off my chair with her #AcademicValentine tweets, but I also can’t get enough of the interesting Batgirl images she uploads!

9. Shit Academics Say (@AcademicsSay): Run by Nathan Hall, Associate Professor, McGill University, Shit Academics Say is one of the most widely followed parody accounts on academic Twitter. Explained best by Prof. Hall himself, Shit Academics Say started as a means to “personally connect with other academics in a not-boring way” and poke some fun at the challenges and peculiarities of an academic career.

10. Lego Grad Student (@legogradstudent): If you found Lego Academics interesting, then you’re simply going to love Lego Grad Student. With clever displays using lego blocks, Lego Grad Student gives you a glimpse into the life of a grad student; highlighting all the academic struggles and milestones that go with it.

Jumping on to a new project, the grad student makes exceptional progress in denying his dissertation's existence. pic.twitter.com/NPzvXPm9ac

*writes for 5 minutes*
Me: you know I've been working really hard so I should treat myself with a distraction
*repeats for literally ever*

12. Sketching Science (@sketchscience): Sketching Science exceptionally blends the worlds of science, art and popular culture references. By incorporating trending memes, emojis, popular TV shows, and just about anything else that’s trending, Sketching Science is always full of surprises and will have you thoroughly entertained.

13. Professor Snarky (@ProfSnarky): As the name suggests, Professor Snarky specializes in “dispensing advice, tough love, and sarcasm from the other side of the podium” to college students and fellow college professors. Sharing extracts from seemingly silly comments or requests made by his students, Professor Snarky will surely crack you up!

Easy way to tell which are your best students?

Fail to hand out an assignment listed on the syllabus, and see which ones email you about it.

14. College Professor (@ReadTheSyllabus): If you’re a professor who is utterly frustrated with inattentive, indifferent, and oblivious students, then you’re bound to relate to College Professor. With “cynical observations of colleagues and students,” College Professor is guaranteed to get a few laughs out of you with ludicrous accounts of college students that ask questions first and read the syllabus never!

15. Anonymous Professor (@anonymousprofs): If you are certain that you simply don’t need to follow another college professor, Anonymous Professor will make you reconsider. With their edgy retorts to disgruntled college students, this group of witty professors will keep you asking for more. And who knows? You might even pick up a thing or two to use in your own classroom!

Best teaching eval comment this year year: "This prof thinks she is some kind of expert." Correct you are! Perhaps it's the PhD I earned.

16. RedPen/BlackPen (@redpenblackpen): RedPen/BlackPen translates funny ideas into unique, artistic comics, mainly focusing on academic research. It does a fantastic job of presenting some of the roadblocks researchers have to face while conducting research or writing their manuscripts. But what charmed me the most is the simple, honest appeal of the doodles that make up each comic.

Navigating this landscape on a daily basis.#ManuscriptEarth #Writing #LOTR pic.twitter.com/7xwaYjuymc

17. Lousy Librarian (@LousyLibrarian): With a dash of irony and just the right helping of sarcasm, Lousy Librarian brings you the woes and struggles of being an underappreciated librarian in the age of the Internet.

As the library swarmed with unattended kids, my colleague complained, "People just think of us as glorified babysitters." But I thought: you know, that's not really fair. No one thinks we're glorified.

Got an email calling me "Dr." the other day inviting me to write a book chapter based on a published conference proceeding. I'm not a doctor, but thanks for the confidence boost, random automated email from publisher.

19. ErrantScience (@ErrantScience): Errant Science features “silly science comics & irreverent blog posts.” Depicting the struggles in the life of a researcher through an exciting variety of comics, Errant Science will always keep you guessing and wanting more!

How to make a cup of #tea in a research office in 5 easy steps https://t.co/bjIdrYUagq pic.twitter.com/tVv8UOexzg

20. Oh the Irony (@IronyPhD): Describing themselves as academics that have somewhat prematurely turned surly, Oh the Irony brings you the funny side of academia heavily coated with irony. Their precise use of GIFs, to demonstrate some of the daily issues academics have to deal with, will surely make you chuckle.

At any given moment, 25% of academics are shaking their head at a ridiculous email.

22. Professor Jaded (@ProfessorJaded): Under the guise of the cutest scholarly owl you will ever see, Professor Jaded shares “tacky observations, snarky thoughts,” and weird experiences in and around the academic world. My personal favorites are Professor Jaded’s weird stories of his hilarious encounters with students.

A guy, who is not on my roll, emailed me to apologize for missing class this morning.
No worries man... and no worries about missing the rest of this semester either.

23. Bitter Professor (@AcerbicAcademic): As the name suggests, Bitter Professor brings you grievances straight from the life of a college professor; specifically one with disinterested, passive students who refuse to pay attention to instructions.

Students who think they can pass without reading the syllabus or following instructions: pic.twitter.com/Auuhdu6Rus

24. Game of Academics (@GameofAcademics): I’m pretty sure that Game of Academics is a one of a kind academic Twitter account. Dedicated to portraying the hardships of academic life through the exclusive use of GIFs based on the popular television series “The Game of Thrones”, Game of Academics is truly unique. What makes these tweets even better is that you don’t have to watch the show to be able to enjoy them.

When you are editing your manuscript, and find yourself deleting whole paragraphs (that took you so long to write!) #ruthless #acwri #suaw pic.twitter.com/xJx3EcxzNu

My first announcement to the class: pic.twitter.com/CxLtiTpdLt

Biologists love to estimate evolutionary relatedness, so the #labrats have had a go at drawing their own phylogenetic tree...#evolution #phylogeny #Bioinformatics #Bootstrapping #sciart #Cartoons https://t.co/C8ELvPGE0s pic.twitter.com/KstZK0rYPU

What did you think of these funny academics on Twitter? Did you follow any of them? Which one did you relate to the most? Do you currently follow any that might make a good addition to our list? Write to us in the comments section. We’d love to hear from you!

What does a PhD student's desk look like? 3 min read