How to respond to comments by peer reviewers
"If it is correct, economics would be different"
Academic lemons versus mental resilience
What you need to know about hijacked journals
Conquering milestones in my PhD journey 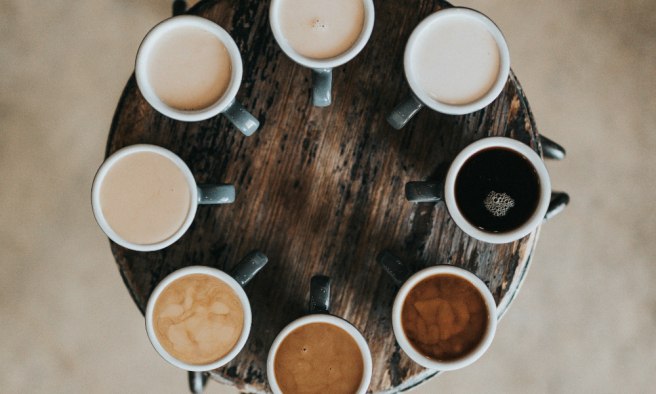 Written by Brooke Morriswood; and illustrated by Oliver Hoeller

Time for a light-hearted posting! Total Internal Reflection (TIR) profiles some of the main types of peer reviewer out there. 1. Pedant
“Be sure to include the counterion with every pH buffer, Tris-HCl, PIPES-NaOH etc…”
(+) Finds and corrects every single minor mistake in the manuscript. Great at policing errors.
(-) Can’t see the wood for the trees. Sometimes misses the big scientific blunders altogether.

Undoubtedly valuable, but often exhausting for authors and editors alike as they produce 1000+ word reviews detailing every tiny inaccuracy. Occasionally guilty of proofreading the manuscript rather than actually reviewing it – their obsession with minutiae can blind them to bigger omissions such as missing controls, alternative interpretations, and the like. Pedants in general are younger than other reviewers, and their level of detail reflects their closer proximity to the bench.

2. Stream-of-consciousness
“I was abit surprised at what the authors we’re claiming here.”
(+) Fast and impressionistic feedback.
(-) Unstructured and often riddled with typos.

You get their opinion on the manuscript, almost in real time! Would probably vlog their reviews if they could, and it’s sometimes possible to infer what their facial expressions must have been based on their use of punctuation. Typos pile up when they get excited. Frequently end up repeating or contradicting themselves, which is a nightmare for authors. Closely related to the “last-minuter.”

3. Broad brushstrokes/Big thinker
“The implications of this work are potentially transformative for the field.”
(+) Sometimes finds significance that you didn’t realise was there.
(-) Provides no technical or in-depth feedback whatsoever.

The style often adopted by more senior scientists, who tend not to dwell on the details (unlike the Pedants) because (a) it’s beneath them, and (b) they’ve often been away from the bench for so long that they don’t understand the techniques any more. Nonetheless their reviews are valuable as they tend to critique the logic and interpretations put forward by the authors, rather than quibbling over smaller items.

4. Hijacker
“In order to properly demonstrate what the authors claim, they will need to…”
(+) Thoroughly understands and critiques the story.
(-) Tries to get you to do all the experiments they would have done in your place.

A very common reviewer species, this one treats your manuscript as if it was their own work, and then tries to get you to do all the experiments that they would have done if it was their paper. Nonetheless a valuable source of expert advice, and their recommendations are often sound (or easily rebutted if trivial).

To be feared. They know how to slide the knife in gently, and can kill a paper without giving a hint of bias or animosity (which may not necessarily reflect their true feelings). Masters of specious praise and carefully-calculated requests. Assassins can either kill a paper outright or cripple it for long periods and slow down publication considerably.

6. Sycophant
“The data are of the quality that’s always associated with this group.”
(+) Generous, possibly over-generous feedback.
(-) May feel you owe them something.

You should be grateful, but somehow sycophants always leave you feeling slightly dirty afterwards. They’re nice and supportive and may well be sincere, but there’s always this nagging sense that they simply aren’t being critical enough (which sometimes makes you question whether they’ve really understood the paper). Motivations can vary widely, from altruistic to toadying. For all that, it’s a hard heart that begrudges their warm embrace.

7. Bitter lemon
“The images shown here are embarrassingly poor. And again no quantitation.”
(+) Gives you a horror story to share with friends?
(-) Taking out personal frustrations rather than actually reviewing your paper.

The very worst kind of reviewer. Call them bitter lemons, poisoners, arsonists, road-ragers or something else, their behaviour is the same – under the cover of anonymity, they s**t all over your work, and usually in order to vent their own frustrations. Everybody knows that if you try hard enough you can find fault with anything, and bitter lemons will do their damnedest to make your paper sound worthless, regardless of its actual quality. They’re mean, unprofessional, uncharitable, and you’re almost certain to be on the receiving end of one at some point. Don’t let this be you!

8. Last-minuter
“I only have a few points to raise.”
(+) Short reviews that can be addressed easily.
(-) Doesn’t expend the time to properly assess the paper.

Similar to the Stream-of-Consciousness, though last-minuters tend to be overworked rather than disorganised. Consequently, their reviews are more structured, generally the shortest of all, but often helpful. Like the Big Thinker, they tend to cut to the essentials when they get it right, but can sometimes be too superficial in their reading.

9. Unicorn
“I have a few suggestions that the authors may wish to implement.”
(+) Wise, temperate, constructively critical, and gives a balanced assessment of your work.
(-) Rarely encountered.

What everyone should aspire to be. Dispassionate, fair, and constructive criticism that’s neither a soft touch nor impractically tough. Courteous in language, even when they’re gently pulling something to pieces, and provide a real sense of intellectual engagement with both the practical and interpretative aspects of the work.

Silliness aside, it’s worth noting that while these different types of reviewers all have flaws, they often work very well in combination and invariably – with the exception of bitter lemons – leave manuscripts better off for their involvement. Good editors will combine types in order to get maximum scrutiny without overloading the authors with feedback (three pedants reviewing a paper will be exhausting for all concerned, for example), and a combination of generalist and specialist assessment is the ideal. Obviously, individual scientists are capable of adopting different personae when they review, so it’s not inconceivable that a Bitter Lemon will be a Hijacker or a Big Thinker depending on the circumstances.

Acknowledgement:
Probably the single biggest influence on TIR, and a major impetus to its foundation, were the Dent cartoons published at NIH during the 90s – this posting is a heartfelt homage to the “9 types trilogy” of PhD, postdoc, and group leader. Check them out if you haven’t seen them before.

Total Internal Reflection (TIR) is a blog dealing with the human side of science, written by Brooke Morriswood (a junior group leader at the University of Würzburg, Germany) and illustrated by Oliver Hoeller (a freelance science illustrator). This infographic was originally published on TIR (available here), and has been republished here with permission.

This content belongs to the Journal submission & peer review Stage

INFOGRAPHIC: When should you consider saying 'no' to a peer review…

5 Differences between a research paper and a review paper