4 Step approach to writing the Introduction section of a…
Scientists discover a candidate for a potential new "family…
Fieldwork flashback: Daydreaming about life in the field
Planetary scientists ask for better fake space dirt
"All writers, including editors, need editors."

Blood, sweat, and tears: The story behind the paper 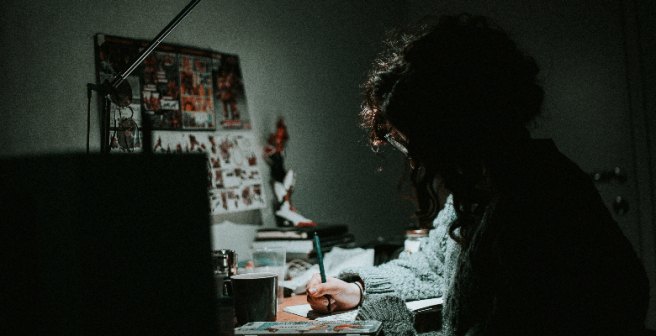 I have already hinted at it in a previous post and I have been tweeting a lot about it during the past couple of days: our paper “Soil food web properties explain ecosystem services across European land use systems“ is now online on the PNAS website! The paper is about, well, soil food webs and how important they are for ecosystem services. Of course, I already knew that, as did many others, and relationships between groups of soil organisms and ecosystem processes have been shown before. But in this paper, we show that there are strong and consistent relationships between soil food web properties and processes of carbon and nitrogen cycling on a European scale!

Anyway, this is all pretty exciting, but I don’t want to write about the actual content and message of the paper here. No. Because when you see a paper like this, nice and shiny and with a blue PNAS logo on the side, with slick figures, a list of references, online supplementary information, and a small box detailing the contribution of each author… oh, and not to forget the acknowledgements thanking the funder, the landowners, and the people who helped in the lab, you don’t think about all the blood, sweat, and tears that went into putting together such a paper. And blood, sweat, and tears went into it.

For me, it all started in 2009, when I started my postdoc within the EU-funded project SOILSERVICE. For the others, it started earlier: long before the project was actually funded, before the project partners came together, wrote the project, and decided on the field sites to be used.

But. In 2009, I had arrived freshly in Lancaster and was expected to analyze the soil nutrients from the general field sampling, which spanned four countries, each with five farms and three land use intensities. With two replicates per field, this resulted in 120 soil samples. But, enthusiastic as I was, I wanted to measure nutrient and carbon leaching from these soils (in other words, the loss of carbon and nitrogen from soils through leaching) like I had done before in earlier experiments. This involved taking intact soil cores of a 12-cm diameter and 20-cm depth, back to the lab and simulating a rainfall event while measuring the amount that leaches from the bottom of the core (as described in this article). So, I spent a lot of my time sawing drainpipe in 20-cm bits, sending boxes full of drainpipe out to the field sites in Reading, Greece, Sweden, and the Czech Republic (they all cursed me for that, as the cores were notoriously difficult to hammer into the soil, and almost impossible to dig out), and receiving them back full of soil (each column weighing about 2.5 kg, so times 120… is a lot of soil), supplemented with “normal” soil samples. While I was busy leaching, sieving, extracting, weighing, and measuring, other people were also busy taking gas samples; extracting nematodes; extracting PLFAs*; extracting mites; and counting, identifying, and measuring thousands and thousands of organisms.

But it didn’t stop there. Once all this data was compiled (a massive job in itself), numbers were converted into biomass, grams were converted into square meters, and all the separate biomasses of different functional groups were converted into soil food web properties such as the biomass of the fungal and bacterial energy channel (read more about why the relative abundance of fungi, bacteria, and the animals that feed on them is important here, here, and here).

Lots and lots of number crunching later, at a project meeting in Giessen in May 2010, I proposed the statistical analysis and paper outline for linking these soil food web properties to the carbon and nitrogen fluxes we measured. I then spent a week in Paris with Elisa Thebault (the second author of the paper and at the time, the soil food web modeling postdoc in the project) running the statistical models in R. I went home with the idea that the statistical analyses were pretty much done – if only they were! In the following months, as happens with big projects including lots of people, a couple of blips were found in the data files, and I think I redid all the models at least four times. Although I like working with R, I was getting pretty sick of it.

Finally, in our project meeting in Lund in November 2011, I presented the models and the graphs (in pretty much the same form as you can find them in the paper now) in front of all project partners. Very rarely have I been grilled like that! But, I felt hyper focused and enjoyed being challenged, and so I think I pulled it off, because what I presented then is pretty much how the paper is now – with the only exception that we included spatial filters in the analyses to account for spatial autocorrelation, with thanks to Klaus Birkhofer (also a postdoc in the project) and which meant that, again, I had to rerun all the models.

So, with the statistics finished, surely writing the paper was just a formality?

Well, not with 23 coauthors and just as many opinions, especially if many of them are Dutch or Swedish (because I am Dutch myself, I am allowed to say this – the Dutch and Swedish are quite vocal, and not always subtle, about their opinions!).

Finally, finally… on March 18, 2013, after months in which feelings of despair and excitement alternated, I submitted the manuscript to PNAS. And then, the wait began. While I was initially very excited, and relieved, after a couple of weeks, the doubt kicked in. Why did I decide to send it to such a high impact journal again? Surely it was going to be rejected. All that work for nothing. Why didn’t I just send it to a normal journal? Why do I keep putting myself out there, asking to be destroyed by reviewers?

But! After around six weeks, I got the reviews back, and THEY WERE VERY POSITIVE! But both reviewers required a clarification of the methods and the inclusion of the implications for management and the models. I worked on the revisions almost non-stop, inexhaustible by the possible prospect of getting a paper into PNAS, and submitted the revisions on June 4. And then the second excruciating wait began – initially feeling very positive, but as time went by, increasingly doubting myself and my responses to the reviewers’ comments: “Oh no, I should have mentioned this.” “Oh no, did I actually include this?” “OH NO, what if they still don’t think it is clear enough?”

But then, finally, finally, FINALLY, I got the email from PNAS that the manuscript was accepted for publication. At that moment, all I felt was relief, because a paper being rejected after having been that close would have been more awful than having had an outright rejection.

However, it doesn’t stop there. There are things like faxing copyright forms, checking the proofs, and paying page charges, which are a nuisance. But the best moment is to actually see the paper in print. Funnily enough, that is usually about as far as I think ahead, but at the moment, I am completely amazed by how much attention the paper is getting from the press and on Twitter!

So, were the blood, sweat, and tears worth it? Yes, definitely. Not only do I think that the paper will have a lasting impact, within the field of ecology but hopefully also in the real world, it was also, truly a collaborative effort. The paper represents the work, input, and opinions of 23 people with whom I have thoroughly enjoyed working, and am delighted and very grateful that they gave me the opportunity of putting together such a great piece of work!

Franciska de Vries (@frantecol) is a soil and ecosystem ecologist and a BBSRC David Phillips Fellow. This story was published on August 14, 2018 on Franciska’s blog, Frantecologist (available here) and has been republished here with her permission.