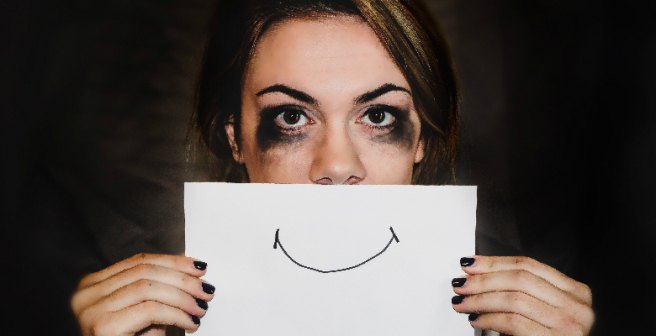 When I was first asked to write for Editage Insights, I wasn’t sure what I wanted to write about. I knew they were interested in personal stories and my mind immediately moved from what did I want to write about to – what could I write about? After days of mulling over it, I finally figured out the topic I should write about – the silencing effect of academia.

Perhaps academia’s best kept secret is that it thrives on secrets. There are many subjects considered so taboo that even raising them could hurt your ability to retain a job, receive a promotion, or secure tenure. These subjects include personal matters such as family status (having kids or being pregnant) and mental health, as well as professional topics such as rejection of manuscripts, grants, etc. However, at a time when more and more articles are being released outside of academia about mental health within colleges and universities, we have reached a critical junction where we must address this within academia as well.

My personal account, like many others who have traversed academia before me, includes a lot of grappling with my own mental health. Yet, despite the widespread prevalence and relatively high rates of mental health concerns in academia, particularly among graduate students, I feel that there is little discussion on the ground about these issues.

It is no secret that life as a graduate student is inherently challenging. For starters, there’s the normal level of struggle – the sleepless nights and the imposter syndrome. Then there are the extra tricky situations – the ones where you are aware that the situation is not normal but you aren’t sure how to navigate it. Recently, I’ve been dealing with the latter. And it’s worn down both my mental and physical health.

What’s more is that as I’ve slowly pieced together a support system, I’ve begun to realize that these issues don’t solely exist, or even stop, at the graduate student level. In fact, they permeate all levels of academia, instilling a chilling effect. While I’ve found support through my fellow graduate students, faculty members, and even administrators, I’ve come to realize that everyone has their own story. For instance, I’ve heard stories from now-tenured faculty about their experiences and those of their colleagues in graduate school. Likewise, I have also heard stories from now-tenured faculty about their experiences as tenure track faculty members. It frightened me that all of these stories had the same message behind them –  if they received enough support to reach out for help, or to even express the psychological issues they were facing, they were advised that it would be better to keep quiet.

Mental health stigma permeates every crevasse of society. But, I feel that perhaps, it thrives most in the deep bowels of academia where those in power are determined to keep it at all costs. Even as I sit here, poised to begin my own story, I read every word over and over again fearing that how I choose to depict myself will make me look weak, incapable, or incompetent.

My journey with my own mental health difficulties began as an undergraduate student. I always knew that I wanted to go to graduate school. I was very passionate about research. Yet, due to some events beyond my control, my senior year of college was chaotic. When it became time to apply for graduate school, trusted people in my life sat down with me and told me they would write me recommendation letters, but not until I took some time for myself. I knew what they meant of course, and they were not wrong. I think taking a gap year was absolutely the right choice. However, it was where I first encountered the narrative that regardless of your abilities or competence, you must prove yourself mentally sound in order to be given the opportunity to navigate academia.

A year later, I applied to graduate schools, and the graduate school applications reinforced this narrative. I will never forget how there was one particular university that issued a sheet meant to be filled out by the applicants’ advisor. The sheet inquired about the applicants’ temperament (in name), but it was really about mental health. It asked questions about anxiety and depression and I remember how invasive it felt to have someone rate me on those things. Nonetheless, I was accepted into a graduate program and began my journey.

Throughout my Master’s program, I received countless pieces of advice and coaching from those within the university, but also from those at other programs across the country. During the early years into this program, one of the pieces of advice that seemed to be frequently repeated to me and my colleagues was the need to be thick-skinned. Academia is rife with rejection, and it was important to learn early on how to deal with it. I think, at face value, that’s sound advice. And, I can honestly say that it’s something I’ve learned to deal with very well. A grant not awarded or a rejected manuscript; these things are now par for the course. What originally resulted in tears is now an eye roll, a sip of wine, and a re-invigorated search to find the funding elsewhere or resubmit the manuscript to a different journal. Yet, there was something else implicit in that advice that I realized much later – to take whatever comes my way with minimal reaction, and to be less sensitive.

Mid-way through my PhD, I started realizing that my colleagues, my friends, and I were all experiencing major mental health difficulties. I was having drinks with a friend one night who talked to me about her debilitating anxiety and constant panic attacks. I remember chuckling and saying that I totally understood where she was coming from. At that point I realized something - mental health concerns are so widespread in this space that they’re normalized to the point where serious problems are talked about casually or, not at all, because everyone simply accepts that this is the way things are. As I further reflected, I realized that I’d been systematically taught that my mental health was an indicator of my performance, while being groomed to ignore and swallow any unsavory indicators of depression, anxiety, etc. This was reinforced by a work culture in which so many other people had been dealt the same hand, or worse, and were also silenced. Thus, for the most part, their compassion was limited and their suggestions equally problematic.

This is compounded by the fact that mental health difficulties do not exist in vacuum. In fact, in very real ways, mental health can be impacted by contextual factors. So, what are you to do if your boss, likely tenured, contributes to your mental health difficulties? These individuals have been raised in the same system, coming up in a power differential that once disadvantaged them and their own mental health concerns. And now, the same system disadvantages you and your mental health concerns. Maybe it’s innocuous, in that they simply lack compassion because they’ve been in your situation and know exactly what you’re going through. Maybe it’s direct and they derive some power or pleasure from your vulnerability. In my experience, it doesn’t much matter what the rationale is, the eventual effect is still silencing people.

Earlier this year, I was involved in a situation where someone came to me with serious mental health concerns. I was deeply concerned about this individual and the things she was facing. However, when these concerns were raised, I was surprised by the reaction. What I thought would evoke empathy and compassion, invoked criticism and rage. The idea that vulnerability would be encountered, much less addressed, in academia was unfathomable.

This experience opened my eyes further to the uphill battle we have to fight to address mental health in academia. This is the hill that no one should have to die on. Yet, I fear, that our continued tendency to turn a blind eye has in fact had the opposite effect – the loss of colleagues due to the symptoms, and sometimes outcomes, related to mental health concerns.

The author of this story has chosen to stay anonymous.

Mental health in academia: The need to be thick-skinned 7 min read