Academic publishing and scholarly communications: Good…
A three-step plan for the international development of…
ALPSP & Digital Preservation Coalition's seminar to discuss…
The advantages and disadvantages of the digital boom in…
"Almost every editor I have ever met has a problem with…

Can blockchain change the face of scholarly communication? 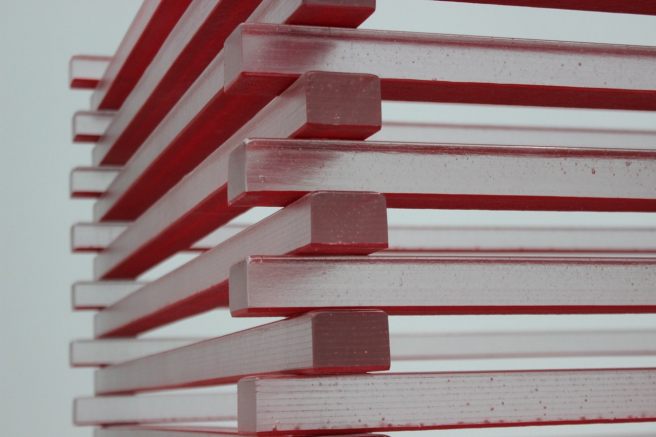 Blockchain was conceptualized only about a decade ago and has been in use for just about a few years. Though nascent, it has taken the world by storm, particularly due to its application in bitcoin (a digital cryptocurrency payment system). Blockchain’s primary features allow data to be decentralized and self-regulatory, which can have applications in several industries. Some stakeholders of scientific research believe that the problems that plague scientific research and scholarly communication can be resolved to a large extent with the adoption of blockchain.

Late last year, Digital Science published a report Blockchain for Research: Perspectives on a New Paradigm for Scholarly Communication that explores how blockchain could help overcome the challenges the publishing industry and scholarly communication is facing. This article provides an overview of the report, highlighting the most interesting points of discussion that will lead to the question of whether blockchain could be embraced by scholarly communication. But before we plunge into this, a brief introduction to blockchain and its key features are in order.

The origin of the blockchain technology can be traced back to the early 1990s, but it is a whitepaper published in 2008 that conceptualized the first blockchain and designed bitcoin. This paper is authored by Satoshi Nakamoto, a researcher or a group of researchers whose identity is not confirmed. Basically, blockchain is a digital ledger, and as the name suggests, comprises of blocks. Each block is a record of a transaction that is linked cryptographically to the previous block, thus forming a chain.

Q&A
What are the challenges faced by international students?
89 views

Ameer Rosic, entrepreneur, marketing expert, investor and a Blockchain evangelist as the CEO of Blockgeeks Inc. explains blockchain thus: “Picture a spreadsheet that is duplicated thousands of times across a network of computers. Then imagine that this network is designed to regularly update this spreadsheet and you have a basic understanding of the blockchain.” The blockchain technology is being touted as the next big thing due to the features it offers.

Some of the notable features of blockchain are:

I have barely skimmed the surface of blockchain here since I wanted it to be the springboard for the discussion that follows. For some in-depth reading about the blockchain technology, please check the links at the end of the article.

How blockchain can resolve issues underlying research and scholarly communication

Research is characterized by collaboration and communication. From conducting research to publishing it, researchers have to work collaboratively. However, communicating with co-authors who could run into the counts of hundreds or even thousands, and could be based in different parts of world, can be challenging. Other problems such as establishing priority on findings, irreproducibility, and registering research protocols also creep in. When it comes to publishing and disseminating research findings, a host of other problems arise, such as the challenges related to peer review and predatory publishers.

Infographic
8 Tips for optimal use of Google Scholar
Conducting a thorough literature search can be quite…
2.2k views

Blockchain can help streamline the research process leading up to the findings. Using the blockchain technology, researchers can register their research protocols and study designs. Since blocks once created cannot be altered, there would be little room for retrospective modification of these records or the hypothesis of studies. Data could be uploaded and easily maintained with time stamps. Researchers working on a project would be able to work on the data from any corner of the world. Analysis of data could be recorded, which means adding new non-alterable blocks, that others in the project can access with ease. Overall, this has the potential to reduce the problem of reproducibility while speeding up the research process and prevent tampering of data.

Finding a solution to overcome these issues has led the scholarly community to find new ways of conducting peer review, for instance open peer review and post-publication peer review. However, these solutions come with their own set of problems. The adoption of blockchain would allow peer reviewers to conduct peer review both pre-publication and post-publication securely and anonymously. The technology requires validation of data for it to be a part of the chain, so the review process will be difficult to rig, making the process more secure.

Video
An introduction to peer review and the scholarly publication process
[This video was originally published by libncsu on…
1.9k views

Informing the readers of changes in published literature would be much easier and structured with the use of blockchain since it is easy to update information and all users are simultaneously able to access updated information. Uploading datasets and protocols would likewise be made a part of publications with ease. Monetary transactions between authors and journals would be transparent and remain in the records of blockchain permanently, which could make it difficult for predatory publishers to operate.

Could blockchain be embraced by the scholarly community?

“Blockchain in science bears the unique chance to realign science’s incentive structures with honesty, effectiveness, collaboration and true inventiveness,” says Dr. Soenke Bartling is a German radiologist and founder of Blockchain for Science, a project dedicated to gathering ideas on how blockhain could make science more open.

The blockchain technology is an alluring option to resolve many of the pressing problems that the scientific community is facing. It can bring high level of transparency and simplify knowledge dissemination. The Digital Science report, however, acknowledges the difficulties in switching from the current model to the blockchain model. The landscape of science and research that we see today has evolved over hundreds of years. Adopting blockchain would be a huge shift that would require its wide adoption by all stakeholders of science. Apart from this, building the infrastructure to support blockchain and finding funding sources are separate challenges, the report mentions.

Slide deck
4 Common types of plagiarism in academic publishing
Attempting to use the ideas, words, or work of another…
3.7k views

“I could see current players adopting and creating bits of blockchain infrastructure where they can really make a difference,” Eefke Smit, Director, International STM Association, Standards and Technology, says. She feels the first step is to understand how blockchain operates and admits that the technology might become a game changer in academia. Adding to this thread of thought, Prof. Dr. Philipp Sandner (Head of the Frankfurt School Blockchain Center at the Frankfurt School of Finance & Management) says, “In general, I think there is certainly a potential to employ the blockchain technology for scholarly communication and science.” He foresees blockchain being used for crowdfunding and as a means for funding agencies to distribute funding and also keep a tab on how these funds are being spent.

Overall, the application of this technology in scholarly publishing and communication looks promising but needs to be considered from various angles. The report rightly states that “the current state of the blockchain is seen as analogous to the early days of the internet.” Thus, publishers, researchers, funders, and journals should explore the need, efficacy, and urgency to introduce blockchain to academia.

What are the most worrying problems facing modern research?

The future of academic publishing and advice for young researchers

To know more about blockchain, check these links:

What is Blockchain Technology? A Step-by-Step Guide For Beginners

What is Blockchain Technology? - CoinDesk

Key characteristics of the blockchain - Deloitte