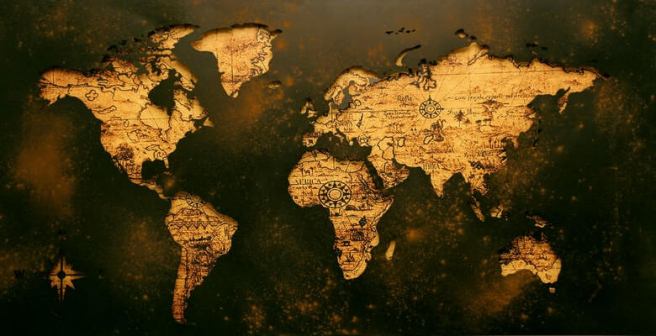 According to a new study1, climate change over two million years, affected by Earth’s movement and other planetary conditions, could have played a crucial role in carving out the route early humans took to migrate.

In this study, a group of scientists led by Alex Timmermann, a climate physicist, Pusan National University in South Korea, used a model simulation covering the temperature and rainfall data of the last two million years. This model was run on a supercomputer for six months to record how the climate conditions affected Earth’s resources, mainly food, and triggered human migration.

They tracked and analyzed the movement of six human species: Homo neanderthalensis, Homo erectus, Homo heidelbergensis, Homo habilis, Homo ergaster, and Homo sapiens. Some of these, like Homo erectus and Homo sapiens, migrated extensively, whereas others like Homo neanderthalensis did not move much and stayed within Europe. Homo heidelbergensis covered the widest range within Europe and eastern Asia. The study indicated that all the species responded to extreme weather conditions and chose to migrate. “Archaic humans either had to adapt to the new environment or migrate to different regions,” said Timmermann. 2

As another example of migration due to climate change, Timmermann explains that with the beginning of the ice age in northern Europe, Homo heidelbergensis and Homo neanderthalensis moved southward, that is, toward the Mediterranean region, as it had abundant resources. As the weather conditions improved in the north and life began thriving again in the region, these species migrated back.

Timmermann’s team used fossils and archaeological artefacts, combined them with the simulation’s results, and created a pattern our ancestors might have followed during their migration. And the results provide evidence that climate change drove the migration patterns.

The study also suggested that adaptations to the harsh conditions may have led one species to evolve into another over the years.

For instance, the birth of Homo sapiens is debated by scientists. Some researchers propose the theory that it is an “outcome of a single evolutionary event in southern Africa.”3 Others believe that several groups of species in Africa mingled together, resulting in the emergence of Homo sapiens. Timmermann’s model supports the former theory and suggests that during a scorching period when Homo heidelbergensis struggled to survive the climatic conditions, it started adapting to the warmer and drier conditions and gradually evolved into Homo sapiens.

However, many researchers think that the evidence is not enough to support this theory. Tyler Faith, a palaeobiologist at the University of Utah says, “To make the case that a particular climate event led to a speciation event is really hard,”3 primarily due to the lack of enough fossil and genetic evidence.

How to become a peer reviewer: 6 Tips for early career researchers
Reviewing scientific literature can help you develop…
4.5k

Timmermann and colleagues say they are planning to further investigate how climate changes impacted genetic diversity in humans and examine if the results they get further support this theory.

On fieldwork in rural Punjab: Do you see what I see? 7 min read

Climate change can cause over 15,000 virus transmission cases among mammals 3 min read