Did you know about these trends in scholarly communication industry? Highlights from 2018 STM report 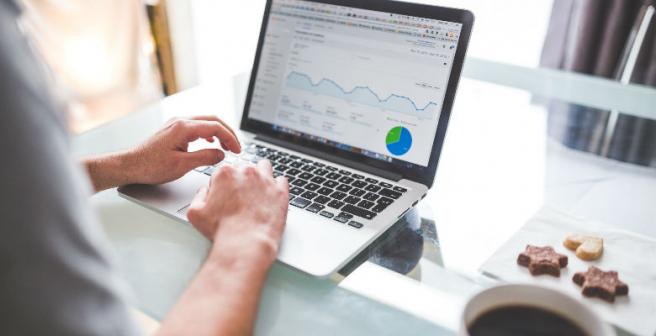 Did you know that in 2018, around 3 million articles were published? Or that the accessibility to content is now at its record high today? The scholarly communication industry is dynamic and to understand it better, it is vital to keep pace with the latest trends and updates. The report published by the International Association of Scientific, Technical and Medical Publishers, also called the STM report, is a great source of information for everyone involved in scholarly publishing.

The report offers an overview of scientific and scholarly publishing, sheds light on how the industry is functioning, and provides a glimpse into any future trends. In this article, I’ve tried to present some of the most remarkable highlights of the fifth edition of the STM report published in October 2018.  I will cover some interesting and thought-provoking facts and trends in scientific, technical, and medical (STM) publishing.

The expenses on research and development (R&D) have a direct relationship with the number of active researchers and published articles. Overall, global spending on research has seen an upward trend. From $1.3 trillion in 2009, global R&D investment increased to $1.9 trillion in 2015 and the upward trend is expected to continue in the coming years.

Among the regions that invest the most are North America, the European Union (E.U.), and Asia. Remarkably, China’s investment in R&D has been picking up the pace. In 2015, China’s share in the total global R&D investment was 21%, amounting to $409 billion, which is more than what the EU invested.

When it comes to gender diversity in research, the number of female researchers continues to be fewer compared to men. Particularly in the physical sciences, women are underrepresented. The report mentions that globally about 28% of researchers are women. It also mentions an interesting observation from an Elsevier study that “underrepresentation of either gender in a given field is associated with reduced likelihood to occupy lead author positions on a research paper in that field.”

Everything you need to know about the DOI
Most of us know that DOIs (Digital Object Identifiers)…
4.1k

Hearteningly, the report mentions that “Researchers’ access to scholarly content is at an historic high.” There are now about 11,811 open access (OA) journals listed on the Directory of Open Access Journals. Moreover, the OA segment is seeing a growth and represents about 20-22% of the total publishing market volume; this upward trend is expected to continue in the coming years.

One of the main reasons behind the increasing uptake of OA is the policies of research funders and research organizations who are embracing OA more openly. Additionally, digital publishing has enabled several high quality and reliable journals to publish open access, while at the same time enabled researchers to access more published research than before.

An interesting outcome of the increasing uptake of OA publishing is the emergence of a new type of publication called the “megajournal.” Such journal are expected to be fullly open access with a relatively low publication charge, adopt rapid peer review based on “soundness not significance,” and have a very broad subject scope. Several journals such as Nature, Science, PLOS ONE, and the Journal of the American Chemical Society have adopted this model and have seen an uptake.

Week 5 challenge 5 - What's your academic highlight of 2019?
This week's challenge will help you think about all…
2.3k

The report covers the research landscape of China, which has rapidly emerged as one of the prominent players in the global R&D, in detail. The number of publications from China now account for 19% of the global output, surpassing the U.S. China is now also challenging the U.S. and E.U. dominance in R&D investment.

Apart from this, China’s increasing influence in research is evident from the fact that in 2017, a 40% jump was observed in the number of top-cited authors hailing from China. The number of citations that papers written by Chinese researchers receive has also increased from 5.2% in 1999 to 9.4% in 2017.

Another noteworthy trend is the number of Chinese researchers returning to China over the recent years, which is an indication of the improved standing of China on the global research scene.

Trends that seem to continue

While some trends in STM are novel or have seen a decline or incline, I believe there are some that have continued as before. Here are some such trends as mentioned in the report:

Impact factor: The use of journal impact factor (IF) continues to remain widespread in the industry. There is a growing awareness about the drawbacks of IF and the need to measure economic and societal impact of research. However, IF remains to hold its position as the decisive factor. Various metrics have been introduced to measure research impact such as altmetric indicators, webmetric indicators, etc., but none has been able to substitute IF yet.

Motivations for publishing: What is the driving factor for researchers to publish? The primary reason to publish findings is disseminating research, but the underlying factors that motivate research are career building and obtaining funding. From 1993 to 2005, the chief motivations have remained the same, according to the report.

Number of articles: It is a known fact that the number of publications has increased significantly in recent times. According to the STM report, in 2018, 3 million articles were published in 33,100 peer-reviewed English-language journals. The number of published articles has been gradually and steadily growing by 3.5% per year over the years.

Globally, science and technology are making great strides. Developing nations are rapidly catching up with the developed nations in terms of R&D investment, technological advances, research output, and research outreach. While some trends are evidently consistent with the past few years, some interesting ones are emerging. This article touched upon a few trends in the scholarly communication industry, but for more insights download the complete report here.

Highlights from medical writing workshops in Taiwan: How to write a high-quality research report or papers
Writing to publish, according to regulatory guidelines…
17.9k