Should you consider crowdfunding for your next research project? 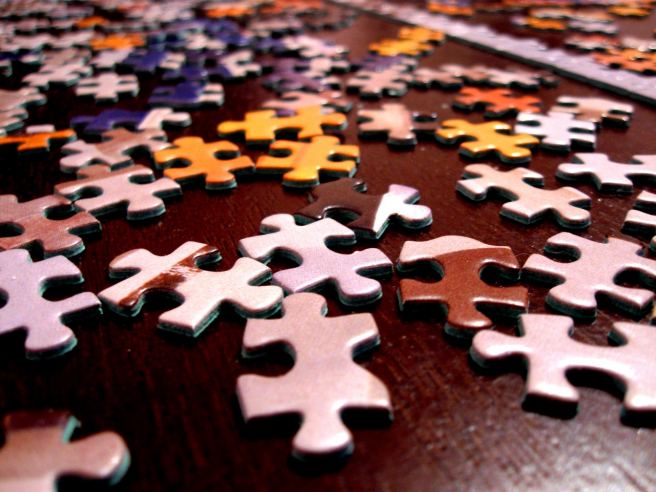 Although the benefits of scientific research are not always quantifiable, it’s quite safe to say it benefits us all. But the process of examining and analyzing data for scientific knowledge needs funding which is not always easy to obtain.

Acquiring funds to undertake and continue work on research projects is one of the major challenges researchers face. There are far too many researchers wanting to conduct studies and the means to acquiring funds are not as many. Moreover, the competition to get funding can be really hard on early career researchers. In an attempt to making a fair use of the available funds for what seem like significant research projects, several others are often ignored. Many institutions have been trying to address this. For instance, the US National Institutes of Health (NIH) recently attempted to put limits on the grant money based on a point system to make it easier for early career researchers to get funding. But these are inherently tough decisions to make and implement. As a result, the squeezed research budgets across the world are forcing researchers to turn their attention to new ways of acquiring funds, such as crowdfunding.

Getting funded by the public would have seemed an impossible and perhaps an unthinkable idea to some researchers. But the internet and social media have enabled many researchers to reach out to a large number of people and spread word about their work and raise money. Crowdfunding has been gaining popularity over the past few years as a new and collaborative way to raise funds especially for small and mid-sized projects. It has found a moderate amount of success and seems to have a lot of potential. A study of the number of successful crowdfunding campaigns on Experiment.com, a popular crowdfunding platform for scientific projects, showed a steady increase by quarter from January 2013 to July 2015.

If done in the right manner, a crowdfunding platform can help a project get noticed and eventually help the researcher raise the required funds. There is more willingness now on part of the general public to support scientific projects. In the recent past, projects like the study on Engineering Bacteria of the Lung Microbiome to Degrade Carcinogens and Toxins and Identifying Snow Leopards, Tigers and other Endangered Species by developing a low-cost DNA field test kit - Part 2 have received a funding of $4000 and $4400 respectively. The study Unraveling the mystery of TDP-43, a versatile protein involved in several Neurodegenerative disorders has a goal amount of an ambitious $10000 and has already been 85% funded with 12 more days left to close. So should researchers switch to crowdfunding as a means to raise funds? Let us look at some of the most significant aspects of crowdfunding.

One of the main reasons why scientific crowdfunding is an appealing option is the flexible and non-rigid process. Funding agencies are very stringent with regard to processes and researchers need to draft and defend a grant proposal. This is meant to prevent studies that are not supported by strong evidence or may not have a significant impact from getting funded. Agencies also demand transparency with regard to how the funds are being utilized to prevent them from being used in an irresponsible manner. As opposed to this, crowdfunding does not require a proposal. Also, updates to the members on how the money is being spent are recommended but not mandatory. The flexibility of crowdfunding is exemplified by Experiment, an online platform for crowdfunding scientific projects. It states that although all the projects hosted on the site are rigorously reviewed, provided feedback on, and scientifically approved by their in-house team, anyone can start a project.

Securing grants for experimental projects through the conventional funding bodies can be a little tricky.  Funders are known to lean towards studies taking fewer risks. Additionally, since most grants need proof-of-concept studies, experimental projects see very little or no success. Conversely, crowdfunding leans heavily towards extremely experimental projects such as To Selfie or Not to Selfie - How Can Scientists Foster Public Trust on Instagram?, which has already secured 58% of the funding. Also, a study like Assessing stress in migrants and minorities after the 2016 U.S. Presidential Election using hair cortisol probably would not stand a chance at gaining a traditional grant but has managed to secure about 11% funding.

The number of crowdfunded projects is growing but it’s still at a very nascent stage. The scope of the project and the goal amount is an important factor that decides whether a researcher is able to raise funds. Crowdfunding shows a lot of promise, but is still not structured enough to raise funds for large scale and expensive projects. As a concept, it works because it asks for small sums of money from a large number of individuals. Therefore, it’s important to note that researchers should not be very ambitious about the goal amount a project seeks. Small projects that do not require much equipment and support staff stand a great chance of being crowdfunded. For instance, the project How do temperature and competition affect true fruit flies and their natural enemies? managed to raise the humble $500 goal amount in a short amount of time. But for a project that is large in scope, a traditional grant still remains the best path.

Additionally, the way crowdfunding works can be a little unpredictable. On most platforms, it works in two ways—an all-or-nothing or a flexible model. In the all-or-nothing model, like Experiment, you decide on a goal amount and put it up as a request on a crowdfunding platform. You get funded only if you reach the goal amount. So there’s a strong chance that you may not be able to keep the raised money if it falls short of the specified goal amount. The flexible model does not have a goal amount and the researcher gets to keep all the money that’s raised. However, the unpredictability lies in the fact that the researcher, till the last minute, won’t know exactly how much funds will get raised. As opposed to this, pursuing a traditional grant seems like a stable and bona fide option.

When should you consider saying 'no' to a peer review request?
As journal submission volumes continue to rise every…
19.8k

Although the recent success of several crowdfunded projects might compel us to think that it’s a substitute for the traditional approach, it is important to understand that crowdfunding is an alternative or supplementary means of obtaining funds. It cannot replace the traditional grant system. Getting eyeballs of the public requires an inordinate amount of focused campaigns and promotions on social media and can sometimes be as time-consuming as a traditional grant application. It’s still early days for crowdfunding which is why it’s difficult to estimate the rate of success and to measure the time and cost involved in it as opposed to a traditional grant application. However, it’s safe to assume that for small projects and for early career researchers, crowdfunding can prove to be a boon.