Foul play in scientific publishing: The phenomenon of academic papers being held hostage 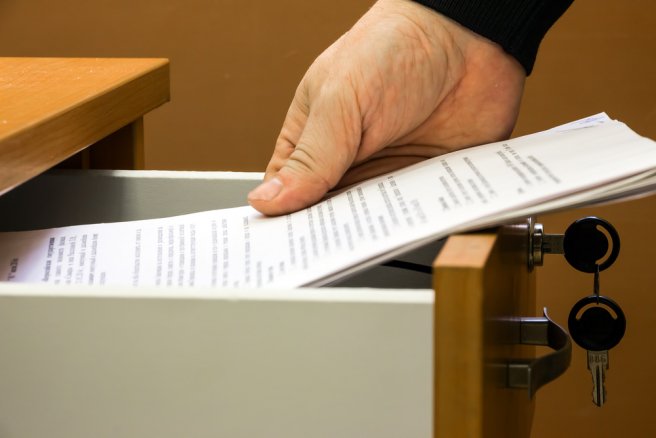 Science is too often a cutthroat venture, with publications as the currency for measuring one’s success

-    All’s not fair in science and publishing

Scientific research has become extremely competitive. Who will get published the fastest, who has the maximum number of publications, who can procure funding more easily, who has the strongest connections – these are the concerns that bother researchers today, sometimes taking precedence over science. In this perpetual race to be on the top, ethics and fair play are often sacrificed, and injustices are rampant. For the most part, academia is rooted in a hierarchical system where funded academicians are held in high regard while junior scientists hardly ever get recognized. This makes it easy for young researchers to be soft targets at the hands of some senior scientists who use their power and influence against them.  Most scientists who have been in academia long enough would have heard of or experienced some kind of injustice being meted out to junior researchers by those in positions of power.

In a setup where every published paper is seen as a step up the ladder of success, it is easy for yet-to-be-published papers to be used as a means for seeking revenge for a personal or professional grudge, malice, and ego clashes. This has become a way for unscrupulous scientists to put pressure on their peers, negotiate, and get what they want. In my interactions with authors, I have often encountered instances of papers being held hostage or publication being blocked by different parties involved. This is a concern that keeps popping up on social media, on various online researcher forums, and even in COPE case studies. Typical scenarios involve publication being purposely being delayed to decrease the relevance or impact of the research, to unfairly demand authorship,  to simply wield the supervisor’s influence over the author, or for co-authors to get their way in case of a disagreement. This article shares a few situations in which papers can be unfairly held hostage, hindering scientific progress.

Sadly, supervisors are responsible for a large majority of the cases of delay in manuscript submission. In many cases, supervisors make unreasonable demands to be included as an author in the papers of their PhD students, even when the majority of the work is done by the student. Sometimes, they want their names to be included as the first author or corresponding author. Most students cannot go against their supervisors because the students’ future depends on them. In certain fields, where the order of authors is based on credit, the student who is in fact the main author is sometimes relegated to the status of “et al” in the paper. In many cases, supervisors delay the publication of their student’s papers as they keep asking them to revise certain parts and conduct more experiments, and then take months to check each draft of the paper. In the case of an unfortunate student, the supervisor has been doing this for 2-3 years. What is worse, this supervisor seems to be harassing all the students in the group in the same way. Thus, by the time the student publishes the paper (if at all), the results lose their relevance, or someone else would have come up with similar results independently.

Can my ex-colleagues publish my research in a scientific journal and use it for academic benefits without acknowledging my authorship?
I work in the microelectronics industry. When I was…
210

With an increase in the production of multidisciplinary papers, collaboration has become the norm in the current scientific publishing scene. However, collaboration and co-authorship gone wrong can prove to be a costly mistake. Co-authors can delay or prevent the submission of a manuscript by refusing to give their final approval if they have a disagreement with the other co-authors. This happens when co-authors get involved in personal or professional rivalries. In such cases, co-authors sometimes stop responding when contacted. They might stop caring about publication due to change in priorities and refuse to understand how their non-cooperation affects the other authors. However, for the other co-authors, publication is still a high priority, but they are unable to submit the manuscript because that one co-author cannot be contacted.

Reviewers can also delay or even block publication of papers by sending them back for multiple rounds of revision, with requirements for additional data and experiments. While in most cases, two to three rounds of revision might be required, six to seven rounds for a single paper is not uncommon anymore. As Derek Sears rightly points out in his editorial “Do we need editors?” this not only delays publication, but also affects the quality of the paper: “I have heard of as many as six or seven rounds of review and revision for a single paper, until reviewers become word police and changes simply flip-flop. Papers become jaded and lose their flush of new discovery. Enormous amounts of precious time and energy are wasted.”  Arguably, in most cases, the intent behind multiple rounds of revision is to improve the quality of the final paper. However, one must not forget that reviewers belong to the same field as the author, and peer rivalry or jealousy may act as motives behind intentional delays in reviews. While it is difficult to get statistics on such issues, anyone who has been in academia for long enough would probably have faced or heard about bad reviews, delays, or even rejections caused by biased reviewers.

Behind the science: Quick facts about scientific publishing
Check out this infographic to know more STM publishing…
2.6k

As with all other fields, academic publishing too, has its own share of corrupt people. By raising this issue, I hope to make young authors aware of the potential situations which can hinder the publication of their papers, so that they can think of taking precautionary measures as far as possible. For instance, signing agreements with co-authors and collaborations at the beginning of a project, or posting pre-prints of their articles on arXiv can be helpful to some extent in dealing with angry co-authors or biased reviewers. However, we definitely need to have stronger mechanisms in place to give justice to thousands of young researchers who are being victimized every day but are unable to seek redressal for fear of jeopardizing their career.

Take the poll below to share your experience of problems caused by supervisors or co-authors.

Overleaf: Redefining scientific collaboration with a multilingual writing and publishing platform
In the first part of this interview series, Dr…
18.9k

Help your publisher help you: 6 Short tips to make the road to publication smoother 13 min read