Etching the road to a hydrogen economy using plasma jets 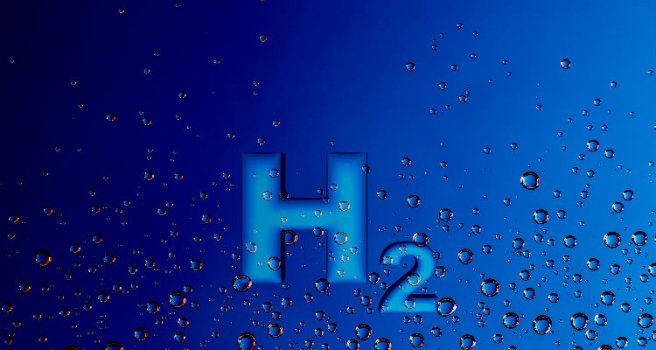 The ever-worsening global environmental crisis, coupled with the depletion of fossil fuels, has motivated scientists to look for clean energy sources. Hydrogen (H2) can serve as an eco-friendly fuel, and hydrogen generation has become a hot research topic. While no one has yet found an energy-efficient and affordable way to produce hydrogen on a large scale, progress in this field is steady and various techniques have been proposed.

One such technique involves using light and catalysts (materials that speed up reactions) to split water (H2O) into hydrogen and oxygen. The catalysts have crystalline structures and the ability to separate charges at the interfaces between some of their sides. When light hits the crystal at certain angles, the energy from the light is absorbed into the crystal, causing certain electrons to become free from their original orbits around atoms in the material. As an electron leaves its original place in the crystal, a positively charged vacancy, known as a hole, is created in the structure. Generally, these “excited” states do not last long, and free electrons and holes eventually recombine.

This is the case with bismuth vanadate (BiVO4) crystal catalysts as well. BiVO4 has been recently explored for water-splitting reactions, given its promise as a material in which charge-separation can occur upon excitation with visible light. The quick recombination of pairs of charged entities (“carriers”) is a disadvantage because carriers must separately partake in reactions that break up water.

In a recent study published in Chemical Engineering Journal, scientists from the Photocatalysis International Research Center at Tokyo University of Science, Japan, together with scientists from Northeast Normal University in China, developed a novel method to improve the charge-separation characteristics of decahedral (ten-sided) BiVO4 crystal catalysts. Prof Terashima, lead scientist in the study, explains, “Recent studies have shown that carriers can be generated and separated at the interfaces between the different faces of certain crystals. In the case of BiVO4, however, the forces that separate carriers are too weak for electron–hole pairs that are generated slightly away from the interfaces. Therefore, carrier separation in BiVO4 decahedrons called for further improvements, which motivated us to carry out this study.”

In the technique they propose, BiVO4 nanocrystals are exposed to what is called “solution plasma discharge”, a highly charged jet of energetic matter that is produced by applying high voltages between two terminals submerged in water. The plasma discharge removes some vanadium (V) atoms from the surface of specific faces of the crystals, leaving vanadium vacancies. These vacancies act as “electron traps” that facilitate the increased separation of carriers. Because these vacancies are in greater number on the eight side faces of the decahedron, electrons are trapped on these faces while holes accumulate on the top and bottom faces. This increased charge separation results in better catalytic performance of the BiVO4 nanocrystals, thereby improving its water splitting performance.

This study represents a novel use of solution plasma discharge to enhance the properties of crystals. Prof Akira Fujishima, co-author of the paper, says, “Our work has inspired us to reconsider other crystals that are apparently ineffective for water splitting. It provides a promising strategy using solution plasma to ‘activate’ them.” The use of solution-plasma discharge has many advantages over using conventional gaseous plasma that make it far more attractive from both technical and economic standpoints. Prof Xintong Zhang from Northeast Normal University, China, remarks, “Unlike gaseous plasma, which has to be generated in closed chambers, solution plasma can be generated in an open reactor at room temperature and in a normal air atmosphere. In addition, by working with crystal powders in a solution, it becomes more convenient to change the parameters of the process, and it is also easier to scale up.”

This study hopefully takes us one step closer to an efficient way of producing hydrogen so that we can finally do without fossil fuels and other energy sources that are harmful to our planet. Further commenting on the promise of this study, Prof Terashima says, “If efficient hydrogen energy can be produced using sunlight and water, two of the most abundant resources on earth, a dream clean society could be realized.”

About Professor Chiaki Terashima from the Tokyo University of Science