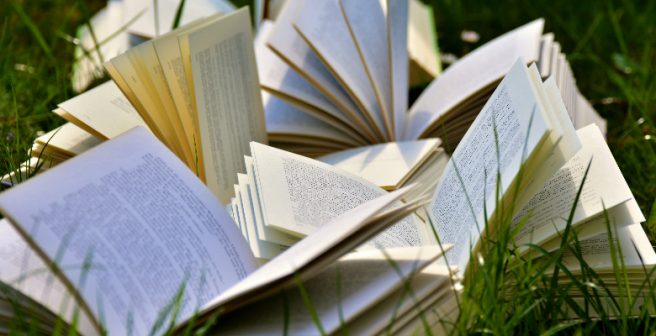 As we come to the end of May, let us look back at all the interesting conversations that transpired in this month. The scholarly publishing world was buzzing with interesting discussions and debates such as the impact of corporate funding on the integrity of research, whether young researchers are losing out by ghostwriting peer reviews, and whether reviewers get influenced by the opinions of their peers. What an interesting mix, isn’t it? If you have been too busy to catch up with all this, then you needn’t worry because the Editage Insights’ team has got your back. Here is our curated list of some of the most happening conversations that took place in academia to fill your appetite for the goings-on of the scholarly publishing world. Happy reading!

1. Are peer reviewers influenced by their peers too? Recommendations from peer reviewers, who are experts in the field, influence the chances of acceptance of your research paper or grant proposal. But did you know that a reviewer’s rating on your application could be influenced by others? Recently, researchers at Harvard University published a report on an experiment conducted to find out whether a reviewer’s score on an application is influenced by the opinions of other reviewers. The authors asked 277 academics from 7 medical schools in the US to review research proposals. Once the evaluation of the applications was complete, they were shown randomly assigned ratings as ‘scores given by other reviewers.’ Upon seeing the scores supposedly assigned by other reviewers, 47.1% of the reviewers chose to change their original rating. Interestingly, when the reviewers were asked to amend their scores without being shown other reviewers’ ratings, they did not make any change to the original score. The study also revealed that women who participated in the experiment were more likely to revise their scores, hinting that women working in male dominated subfields are more likely to be influenced by others. The authors also found that reviewers with high academic status were 24% less likely to update their scores. These results have started conversations about how researchers are unconfident about their own expertise and how these “seemingly small updates can have dramatic implications for funding outcomes.”

2. How ghostwriting can steal career opportunities from young researchers: Peer reviewing helps increase the credibility and visibility of researchers. However, ghostwriting of peer reviews is a worrying trend. According to a study published on the preprint server bioRxiv, ghostwriting peer reviews is quite prevalent in academia. Early career researchers (ECRs) are often asked by senior researchers to write manuscript reviews on their behalf, but the ECRs receive no credit for this work. A survey of 498 ECRs revealed that half of them had ghostwritten a peer review and 80% of them believe this practice is unethical. The study took care to distinguish ghostwriting from co-reviewing — a form of training where the invited reviewer asks junior researchers to share their review on a manuscript and the junior researchers can expect some form of credit for their work. Some academics pointed out the ethical concerns surrounding ghostwriting of peer reviews as the manuscripts are shared with junior researchers without the knowledge of journal editors. David Resnik, a bioethicist at the National Institute of Environmental Health Sciences in Research Triangle Park, North Carolina, believes that not acknowledging the contribution of ECRs in peer reviewing can deprive them of various career and networking opportunities. He urges principal investigators to “not involve other people in the review of a paper without permission from the editors, and without a clear understanding from the person involved about how they will be credited for their work.”

3. Is corporate funded research really in public interest? In the recent times, corporate spending on health and nutrition research has been increasing, says this interesting article published in The Conversation. This means more funding opportunities for researchers, especially now, as they are being encouraged, and sometimes even required, to find varied sources of funding like corporations and non-profit organizations sponsored by corporate entities. The authors of this article, Sarah Steele and Lejla Sarcevic, senior research associates at the University of Cambridge, attempted to find out if corporations allow the publication of research they fund even if the results may not be favorable for them, or in fact, be detrimental to their interests. Though corporations assure that their policies are committed to the interests of the public, Steele and Sarcevic looked deeper and studied Coca-Cola research agreements published in the Journal of Public Health Policy. The agreements revealed that the corporation holds the right to comment on the results of the research before they are published and even the power to end an experiment before it is completed. What deepens the concerns is that the corporation has all the rights with regard to the data and the results that reach the general public. Steele and Sarcevic suggest that journals should ask researchers to make research agreements available to the public so that the readers can judge the influence of these corporations on research.

What should I do if I cannot understand a peer reviewer's comment?
I have submitted a paper to a journal with impact…
1.5k

4. How you can stop yourself from becoming a “conference zombie”! The conference season is upon us and most of you might be planning on attending some conferences. If you are someone who tries to cram their day with lots of sessions to make the most out of academic conferences, then you might be able to relate to this article written by Paris H. Grey, a lab manager at the University of Florida. In this article, Grey shares 3 tips on how to not become a “conference zombie”— someone who pushes oneself through a number of sessions without getting much rest or as Grey puts it—“a person who has no energy and does not notice what is happening around them.” She agrees that it might be tempting for researchers to attend maximum number of sessions and engage in networking activities throughout the day. However, she suggests that academics must plan and prioritize the sessions that they wish to attend and take timely breaks to refresh their minds. Grey adds that a good night’s rest is essential to keep you awake and attentive during the sessions you attend. Read this article to learn more about Grey’s tips on how to gain maximum value from academic conferences without exhausting yourself to the point of becoming a “conference zombie.”

5. Why article commenting has failed to make a big mark in academia: An interesting article on The Scholarly Kitchen discusses the significance of posting comments on articles published online. Using the commenting functionality, readers can add online comments to a published article, which are visible on the publisher’s website. Article commenting has not gained much popularity in academia, say the authors of this article, but little research is publicly available about the commenting rates. This lack of data motivated a team of academics from the universities of Sheffield and Loughborough to analyze the comments posted on the articles in PLOS journals. They used a data set of all the comments posted on PLOS articles from 2003 up till 2016 and found that only 7.4% of the published articles had been commented upon and the rate of commenting has been decreasing since 2010. Moreover, the number of articles that received multiple comments was low. Upon classifying the comments, the authors discovered that more than half of the comments engaged in discussions around the scientific soundness of the work and only 13.6% of the comments discussed the significance of the research. The authors further discuss if article commenting is equivalent to post-publication peer review and how evaluation of journal articles by the community is useful for open access mega journals that focus on the scientific soundness of an article and often ignore the significance and novelty aspects.

Well, we hope you enjoyed our top picks for this month. If you have something you’d like to share, please do so in the comments section below.  Do browse through our previous Scholarly Communications Good Reads collections where we regularly feature more such interesting discussions from the scholarly publishing world.