Global survey reveals what people around the world think about science 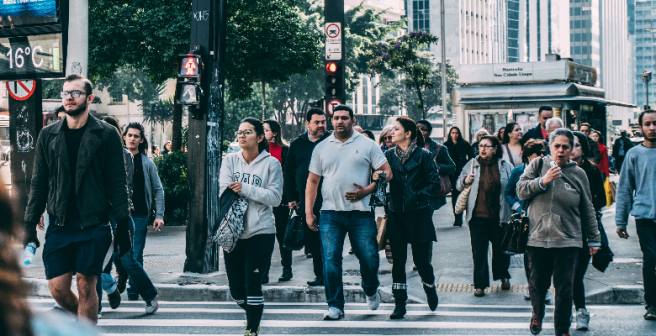 A survey of 140,000 people from across 140 countries revealed that nearly three-quarters of the global population trusts scientists. The Wellcome Trust – a biomedical research charity based in London – conducted a global survey Wellcome Global Monitor to gauge people’s opinion and understanding of science and healthcare. This post highlights some of the most interesting findings of the survey.

Benefits of science to society

When asked about the contribution of science to the society, 69% people said that science benefits “people like them” while only 41% of the respondents believed that science benefits most of the people in their country. Moreover, 15% of the respondents were of the opinion that only a few people enjoy the benefits of science. Notably, people in high-income countries who face financial hardships are three times more likely to doubt the benefits of science, revealed the survey.

Talking about their knowledge of science, 57% of the respondents admitted that they did not know much about science. Interestingly, the findings displayed a disparity among male and female respondents in their confidence level about science knowledge despite acquiring the same level of education. According to the survey, men are more likely to assert high level of knowledge than women. The number of men who said they possess “some” or “a lot” of scientific knowledge was 49% as against 38% in case of women.

Commenting on these statistics, Dr. Simon Chaplin, director of culture and society at the Wellcome Trust told Times Higher Education that: “We have to work harder to make sure that science education, the career structures of science and the research culture itself support gender equality and reflect the demographic make-up of the societies in which we operate.”

The safety and effectiveness of vaccination

Another interesting aspect that the survey delved into was people’s attitude towards vaccination. 92% of the global respondents confirmed that their children had been vaccinated, while 6% revealed that their children had not been vaccinated. Remarkably, Bangladesh and Rwanda had the highest number of respondents who believed that vaccines are safe as well as effective. Contrastingly, one in three people in France believe that vaccines are unsafe. In addition to that, as much as half of Ukraine’s respondents doubt the effectiveness of vaccines. Moreover, only 74% of the North American respondents opined that it was necessary to vaccinate their children.

Think Check Submit checklist - Selecting the right journal for your research paper
Given the increasing number of predatory journals and…
10.4k

Highlighting the significance of this survey, Jeremy Farrar, director of the Wellcome Trust said: “No matter how great your idea, how exciting your new treatment, how robust your science, it must be accepted by the people who stand to benefit from it.”

To learn more about the findings of the survey, you can read the complete report here.

What is your view about the findings of this survey? Do you think such surveys can help bridge the gap between academia and the common people? Please share your thoughts in the comments section below.

CrossRef's vision for global science: Increasing the discoverability of research
In this final part of our interview series with…
3.9k

How does the world perceive science? Findings from 2019 State of Science Index 4 min read

Public trust in scientists has increased in the US, reveals recent study 3 min read