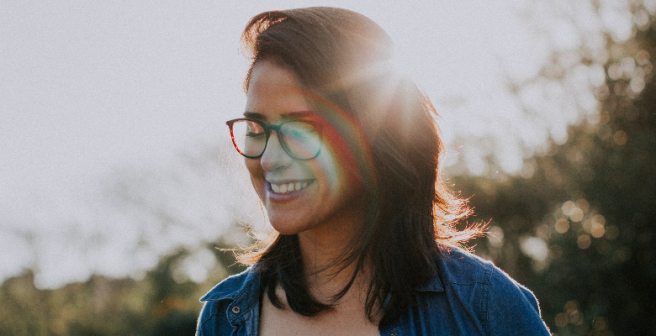 I tried to shake hands with someone wearing an arm sling and it became the highlight of my science career.

With only a few months left before applying to graduate school, I went to the Phage Meeting in Madison, Wisconsin. Technically, it’s called the Molecular Genetics of Bacteria and Phages Meeting, but everyone calls it the Phage Meeting. I was very excited about it and was looking forward to the tons of great science-related discussions paired with a pitcher of Spotted Cow beer on the terrace overlooking the lake. Summers in Madison are beautiful, and I’m still jealous of the students who get to visit the Student Union for concerts and locally-made ice cream! Anyway, this meeting would be the perfect opportunity to learn about the research I would be conducting during my graduate career, and maybe even meet some of the people I’d hoped to work with. All science conferences are different. I’d been to the American Society for Microbiology (ASM) General Meeting (now called Microbe) before, which is a HUGE conference attended by thousands of people from all around the world; you can wander the gigantic poster hall and see all types of microbiology research, but it’s easy to get lost in the crowds. As a very young scientist, I was awestruck and bewildered but didn’t have the confidence to just go up to a more senior researcher and strike up a conversation. Worse, the PIs (Primary Investigators, aka Lab Bosses) usually end up all together in some corner or going to a nearby coffee shop to talk business.

The Phage Meeting was a different matter: with only a few hundred guests, all of whom were excited about similar sub-fields of microbiology, everyone got a chance to mingle with all the attendees – right from brand-new students all the way up to professors emeriti. This conference was my opportunity to meet with the people I hoped to impress during interview season six months away.

After the first evening though, I realized my mistake: everyone else here was smarter and more mature than me. I thought I liked microbiology, but these people lived it! The facts I struggled to remember in my classes were casually being talked about, oftentimes by the people who had originally discovered them. They used first names, or even nicknames, while patting each other on the back or leaning in for a hug. It seemed like everyone already knew each other, and I found myself at a large round table, eating dinner with people nearly 10 years my senior who joked about the previous years’ meetings.

The cool thing about scientists (or one of the many cool things) is that we were all, at one time or another, the outcasts, the nerds, or the misfits. Instead of this dinner ending with me hiding in the hallway, as I’d previously done in the middle school lunchroom, a postdoc across from me brought me into the conversation. Instead of laughing or rolling their eyes at my only being an undergrad, the others sitting at the table were kind and supportive. They encouraged me to meet with as many people as I could, no matter their status or title.

I pray that neither he nor anyone in his lab ever reads this, but one of the people I really wanted to talk with that night was Andrew Camilli, PhD. He was a big name in microbiology, and for a good reason. The science that came out of his lab at Tufts was innovative, thorough, and downright exciting. He was giving the final big talk on the last day of the conference. And I wanted to catch him before his talk, because after that, he was likely to be whisked away by fellow PIs.

Knowing it would be best to act casual and confident, I decided to approach him during one of the poster sessions. My chance to smoothly approach him and say hello came when he wandered away from the group. Instead, I got scared at the last minute, and basically jumped in front of him. Startling him, I then said, too loudly, “Hi Dr. Camilli, my name is Susanna and I’m an undergraduate student.” Then I put out my right hand, forgetting that this would make the situation even more awkward, as he couldn’t return the handshake due to the arm sling he had on. This was not going great. Understandably, he looked bewildered and then annoyed at losing his two seconds of solitude.

Realizing my error in doing any of this and becoming aware of how absolutely ridiculous I must look, I wanted to turn and leave the building; possibly the state. Instead, I continued: “Your research is really interesting, and I’ve been considering applying to Tufts for graduate school this year. Would you mind talking to me a bit about the program?”

Amazingly, he smiled and told me that he loved the university, he highly recommended applying, and even asked about my own research interests. It was a short exchange, and I left feeling proud about approaching him, while he likely forgot about me as he turned around. But that was okay with me. I was thrilled that he had taken the time to talk and give me some tips about applying to grad school programs.

I paid extra close attention to his talk the next evening; he showed new data about how the growth environment determines how well certain bacteria can infect an animal. The bacteria (Vibrio cholerae) causes the disease cholera, and this research might help us create better treatments and safety plans to deal with ongoing outbreaks. He wandered around the stage and told us things that most people hadn’t ever heard of yet. As per usual, he gave a great talk, and I was beside myself for having met him in person.

The story could have ended there, and it would have been a great conference. However, as we ate dinner at the closing banquet, Dr. Camilli appeared at our table. He walked over and asked how I liked his talk. The entire table turned to me, the woman on my right with her mouth half open at his addressing me, and I said I liked it very much. He smiled but looked surprised when I said, “But, I did have a question. Wasn’t there some phenotype with the PhoB mutant?” (Yes, after almost 6 years, I still remember the details of this conversation). He started to laugh and said: “I was waiting for someone to ask me that question! Yes, there was a huge defect in colonization, and it took us forever to get that data because there just wasn’t enough bacteria.” I thanked him for answering, he walked away, and I glowed for the rest of the evening.

I look back to this conference to remember that we are all both more and less important than we think. I was terrified that everyone would judge me for being so inexperienced, but they didn’t really care. Moreover, they were kind to someone who reminded them a bit of themselves a decade earlier. I was certain that someone so highly esteemed as Andrew Camilli wouldn’t spend any extra time talking with me, much less seek me out to ask my opinion, but he was a scientist like everyone else.

I am thankful to my boss for giving me the opportunity to attend this conference so early on in my training; I am thankful to the people at the table who welcomed me and encouraged me to talk; I am thankful to Dr. Camilli for paying attention and taking interest in me, even when others seemed to offer him much more value in conversation; lastly, I am thankful to my past self, who was scared of looking silly but who still put herself out there and too-loudly said: “Hello, my name is Susanna."

When one door closes, opportunity comes knocking on another 6 min read

Looking back on my PhD as a postdoc 16 min read