How human activity leaves a chemical footprint in soils 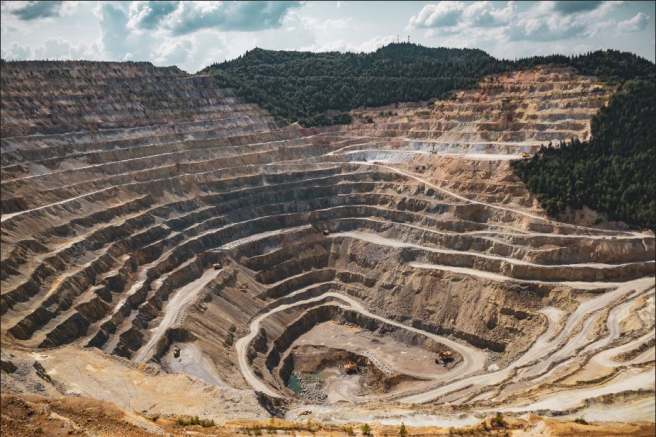 The Earth’s surface represents a very complex system where a multitude of natural and man-made structures and terrains interact, including forests, water bodies, grasslands, farmlands, mines, and mountains. Over time, these interactions shape the natural habitat and resources that sustain life as we know it. The present distribution of materials on Earth’s soils is the result of a long interplay of various driving forces, ranging from geological processes that started millions of years ago to recent mining activity. In view of the current worldwide environmental crisis, it is extremely important for researchers to understand the effect of natural physical, chemical and biological processes at the Earth’s surface on distribution of chemical elements and—perhaps most importantly—the impact of human activity on this distribution.

China is a vast country with complex and diverse landscapes and a great variety of natural resources and soils. Unfortunately, recent studies found that arable land in Southwest China contained unusually high (and potentially harmful) levels of heavy metals. Mining activity in the area was thought to be the reason for this. However, understanding the processes underlying the distribution of chemical elements in soils is complicated, and so is finding evidence pointing to human activity being the culprit of changes in this distribution.

In a new study published in Earth Science Frontiers, a research team from the Chinese Academy of Geological Sciences and China Geological Survey, led by Dr Hangxin Cheng, performed a comprehensive analysis of a particular mountainous region in Southwest China. This region, depicted in the figure below and referred to by the researchers as the Zhaotong–Bijie–Yibin–Leshan–Luzhou area, is composed mainly of mountains and valleys, covered mostly by forests and farmlands. Most importantly, this region has seen intense mining activity for lead, zinc, and silver over centuries. Dr Cheng explains: “Research in this area can reveal the driving mechanisms behind changes in the content and macroscopic distribution of elements in soil, thereby providing scientific solutions for the rational exploitation and utilization of natural resources.”

How can I participate in academic activities in the future?
I am very interested in the publishing process. So, I…
147

In an effort to understand what phenomena are responsible for the present distribution of chemical elements, about 100 researchers and workers gathered more than 112,000 top- and deep-soil samples throughout the region and analyzed their chemical composition and acidity.

Then, the scientists carried out a very detailed analysis to understand what factors and processes are responsible for the elements found in the soils. The analysis was performed based on the “epigenetic geochemical dynamics” theory, which encompasses modern human understanding of what causes changes in the composition of surface rocks after their formation. The processes and factors considered in this theory range from naturally occurring chemical reactions involving metallic ions to the solubility in water of various substances, as well as geological dynamics and the effects of weather, elevation, and human activities.

This study gives researchers a better understanding of how the various dynamic processes in one particular region on the Earth’s surface determine its distribution of chemical elements, which quite literally act as a base (soil) for the local ecosystems. “Further studies should be conducted to analyze a variety of landscapes, including forests and swampy landscapes, low mountains, and alpine lakes, to represent considerable advances in epigenetic geochemical dynamics and help us establish a foundation for the development of scientific theories of Earth’s systems,” states Dr Cheng. The results of this study could provide a scientific foundation for designing rational land-use management strategies, as well as food safety and health protection measures in Southwest China.

4Key Laboratory of Geochemical Cycling of Carbon and Mercury in the Earth’s Critical Zone, Chinese Academy of Geological Sciences

Earth Science Frontiers a bimonthly peer reviewed scholarly journal co-sponsored by the China University of Geosciences (Beijing) and Peking University. It was first published in 1994, and academician Wang Chengshan is the current Editor-in-Chief. Each issue of the journal is centered on a specific geoscience topic and managed by experts in that field as Guest Editors. Each issue also contains a number of articles on self-select subjects. Articles published on Earth Science Frontiers cover all disciplines of earth sciences with emphasis on frontier and innovative basic research. At the same time, the journal also publishes research findings that may be considered contentious. Over the years, Earth Science Frontiers has won several publisher awards, including “The Internationally Most Influential Journal in Chinese Language” and “The Top 100 Outstanding Chinese Scholarly Journals.” In 2019, Earth Science Frontiers was selected among top-tier journals to join a national action plan for achieving excellence in science and technology research publishing in China.
E-mail: frontier@cugb.edu.cn

Dr Hangxin Cheng is a chief expert of the Land Quality Geochemical Survey Project. He is currently a scientist at the Chinese Academy of Geological Sciences and China Geological Survey. The corresponding author of this paper, he has over 60 research publications in the fields of explorative geochemistry, ecological geochemistry, and epigenetic geochemistry, which are his main fields of interest.