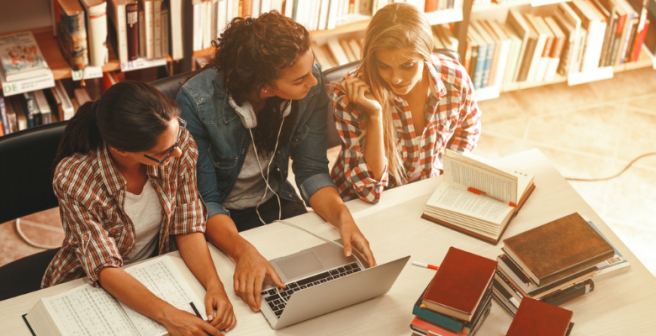 Research is a collective effort: new research is planned based on what has been done before. In turn, when that new research culminates into a published paper, it provides the basis for newer research. Citations provide a way to identify the sources of information and knowledge on which a piece of current research is built.

Take a typical sentence from a research paper: ‘Vegetable xyz is the highest nitrate-accumulating salad vegetable, especially when grown on media that contain only small amounts of nitrates (AuthorA and AuthorB 2012).’ The citation in brackets that forms the last part of the above sentence is academic shorthand for saying that this particular statement is based on what the two authors – AuthorA and AuthorB – published in 2012. This system of citation is sometimes referred to as the Harvard system. This article illustrates two common ways of inserting such extraneous bits of information into sentences.

1. Making the cited authors the subject of the sentence

Citing is a time-honored way of giving credit where it is due, and starting a sentence with the names of those who are being acknowledged is thus the most direct and emphatic way to do so; for instance, ‘AuthorC (1940) was the first to recognize the importance of day length in flowering.’ As Gopen and Swan (1990) put it, “The information that begins a sentence establishes for the reader a perspective for viewing the sentence as a unit: Readers expect a unit of discourse to be a story about whoever shows up first.” Opening the sentence with the name/s of the researcher/s being cited thus makes an assertive citation.

If an original text is converted to a figure, is citation still required?
When we make a presentation with PowerPoint etc., we…
160

However, this approach works best with single citations. If the citations are many, a long string of citations takes away the focus. In such a case, one approach is to introduce such multiple citations explicitly, as in ‘Many researchers have examined the impact of rising average temperatures on sea level rise’, and follow the statement with multiple citations.

2. Paraphrasing the findings and enclosing the citation within brackets

If you wish to emphasize the findings or results and not the researchers who published those results, start with the findings, as in ‘Day length is the most important factor affecting flowering (AuthorC 1940).’ This works irrespective of the number of citations.