I may have committed career suicide multiple times, but I am an optimist at heart 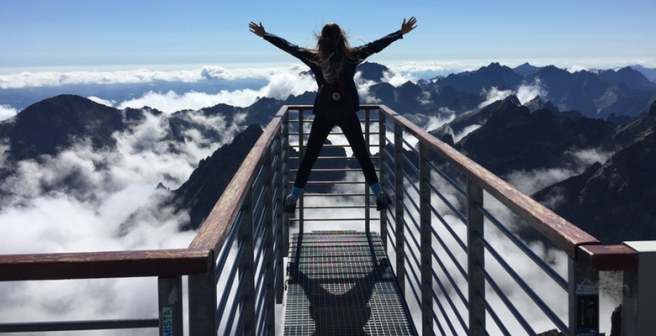 When I accepted my first academic position on completion of my PhD, I was pretty happy about it. My PhD was in Cultural Studies examining corporeal feminist philosophy and motherhood. (At the risk of understating it, this topic is not generally considered a canny choice for any career, but it was what I loved and lived). I changed discipline and built on research assistant work in education that I had completed during my PhD candidature. My new role was a part-time, fixed term, teaching-focussed position in the University’s central learning and teaching development unit.

I was warned by a well-meaning colleague that I was “committing career suicide” by accepting it.

It seemed to me that the only alternative was to continue sessional or casual teaching for the indefinite future. At that point, I had already been tutoring and lecturing casually for almost a decade. It was an example of Hobson’s choice, a free choice in which only one thing is offered. (I was also advised to move overseas for a post-doc, but I had a sick baby at the time).

I am not alone in facing limited (and limiting) choices, as early career academics in my research with colleagues stated:

Quite frankly it is impossible to make plans. I should have been hired as a full time academic … years ago … The best I can get is casual positions. These have been at several universities across a wide variety of departments over many years. I have become some kind of Universal Academic that can be called in at short notice to teach: Mathematics, Statistics, Finance, Business, Marketing, Engineering, Media Studies, and lately even Music Theory. This situation is clearly absurd…

Another described the risk of being ‘stuck’:

In order to progress in my career I need to continue researching and publishing, as that has been shown to be the area where academics get rewarded. Although I am teaching focused, if I am not research active I don’t think I will be able to progress at the same speed as other academics and will be stuck in a role for a longer time.

Teaching-focussed academic work — which includes sessional teaching and ‘teaching only’ or ‘80% teaching’ roles (as opposed to ‘traditional’ or ‘balanced’ 40% research, 40% teaching and 20% service roles) — was the focus of a recent post on The Conversation with the grim headline Teaching only roles could mark the end of your academic career. The research by Bennet et al (2017) supports the view of career suicide:

The TA role emerged as a negative career move for academics that transition from teaching-research roles and a career-limiting move for academics new to the sector … Teaching academic roles are attractive to new graduates as a pathway to an academic career. However, with no research provision and a directive not to engage in discipline-related research, it is doubtful that new entrants will develop the research or supervision profile required to transition into traditional teaching-research roles. Ironically, heavy teaching and administrative loads also limit access to professional learning, such that TAs are arguably less likely than their peers to develop and evidence excellence in teaching. Similarly, promotion to leadership roles is an unlikely outcome for TAs, despite them developing a nuanced understanding of teaching and learning within their areas. In our study, TAs had little confidence that they would one day achieve a professorial position.

By my colleague’s measure, I may have committed career suicide multiple times: doing a PhD part-time, having a baby mid-PhD,  taking a lot of carer’s leave, becoming a professional (general or administrative) staff member, accepting the aforementioned teaching-focussed role, changing discipline, staying at one university, being part-time, being sick, having another baby …

Right now, at this moment in time, I feel both confident and challenged by my career for a number of reasons (many of which were precarious last year): my career choices have been rewarded thus far, I am in the sweet spot of part-time work (the secret to happiness for working mothers, according to this article), and my institution’s new promotions policy aims to recognise and reward teaching-focussed academics.

In ten minutes, I will be hosting morning tea for a group of teaching-focussed academics. This month, we will be discussing the Teaching Perspectives Inventory. I have found this a useful starting point to articulate my philosophy of teaching which formed part of my application for Higher Education Academy Senior Fellowship and will contribute to a future promotion application.

Despite the weight of gloomy research evidence, I remain an optimist at heart.

Agnes Bosanquet (@AgnesBosanquet) is Associate Dean, Curriculum Quality Assurance in the Faculty of Human Sciences at Macquarie University, Sydney, Australia. This story was published on February 21, 2017, on her blog The Slow Academic (available here) and has been republished here with her permission.

I may have committed career suicide multiple times, but I am an optimist at heart 5 min read

Academia is not the only career path you can follow after your PhD–Dr. Smita Jain, IndiaBioscience 12 min read