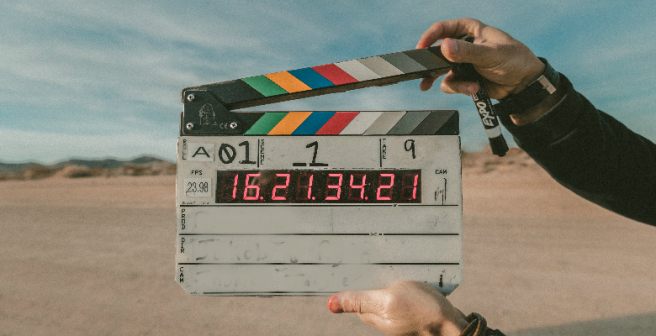 Who knew that being on a huge stage talking about bird sperm could be so much fun?! Yesterday was the night of Forsker Grand Prix (Researcher Grand Prix), which I wrote about earlier. All summer I’ve been working on my presentation and it’s been one of things that I’ve been looking forward to but also getting quite nervous. Being in the spotlight like that isn’t really in my nature, so it was really pushing myself to do it. But oh my, am I glad I did it! I’ve had a blast and it’s been a confidence boost of another world. I am still on an adrenaline high and feel like I’d just like to go out there and do it again!

I’ve been rehearsing and perfecting and memorising the presentation again and again, and finally this weekend I felt like it was finally starting to stick properly in my head. And the more I worked on it, the less nervous I felt – eventually I was actually really proud of it, and I was really looking forward to showing it to people! That was the main feeling of the presentation – “guys, I’ve found something really cool I really need to show you! Look at this!” We’ve been working so hard at finding the “purpose” of the presentation, and for me that purpose was to show people how fascinating nature can be, and make them curious and intrigued. So it wasn’t even necessary for me to be particularly calm and collected – I could use my nerves to really build that enthusiasm and energy that I wanted to convey to the audience. I starting with telling a story of a cute little Greenfinch, like the ones you can see in your local park, and how he’s actually a real ‘player’ who isn’t faithful to his girlfriend at all! And how the birds all keep cheating on each other. Who gets the most chicks when the females mate with several males? Of course the males with the best sperm cells! This storytelling approach is one of the tricks we learned during the workshops leading up to the event, and I think it worked brilliantly. The event will be shown on NRK (national television) sometime later this year, so you’ll be able to watch the whole thing then!

Yesterday, we got to the venue early and started with some prep (yoga on stage, anyone?) and rehearsing on stage one last time. I’d gone through it in the morning and had a moment of complete blackout, so I was wondering whether I’d be OK on stage with the lights on and people watching. But during this final run-through on stage I absolutely nailed it, which was the most satisfying feeling and left me really excited for the evening performance! There was then some more sound checks etc. (me and Torunn went for a walk outside to clear our heads – glad we did that!), before we had an early dinner and started getting ready. I’ve never been on TV before so I’m glad there were some people helping with makeup. It was actually pretty cool to be in the back rooms of Sentrum Scene, with those mirrors with little round lights around them and stuff!

It was getting closer to showtime and we could hear people arriving inthe audience, and the energy was building. Per Olav Alvestad, the host, went through the intros and questions with us, and he was really good and fun to work with. And then the intro music started playing and the show was on!

I was number eight to go, and for a while I listened to the other participants from the greenroom and cheered them on – it was so impressive to see what everyone had done and I’m really proud to have helped them make their presentations the best possible! It was so satisfying to hear when they pronounced a word correctly like we’d practiced or nailed a difficult sentence. Then it was nearly my turn and I was of course getting nervous, but most of all just super excited! I really wanted to go and show people what I’d done and I felt really good in the dress and makeup and it was so amazing to be in the greenroom with all those supportive people. I felt like a real superstar and the feeling of jumping and dancing around in the back corridors of Sentrum Scene with St. Vincent’s “Cruel” in my earphones, and getting more and more pumped and ready is something I will never forget! Then it was on with the microphone and ready backstage and then Per Olav was doing my intro and then I was on! Walking onto the stage with the lights and a huge crowd cheering for you is the most energy-giving experience I’ve ever had; it felt totally awesome! And then I was saying “dette er en liten grønnfink” for real and it felt great. I actually forgot a whole sentence out of my introduction, but miraculously managed to bake it into a later paragraph where it was needed, and it flowed brilliantly. I even had time at the end to do the “long” version of my finish! (I’d made a short one in case I ran out of time.) Saying the last sentence was great because then I knew I’d made it! Overall the judges were really pleased too. One of the judges thought that I should have spent more time talking about why it’s important to do research on bird sperm, but I knew that was an issue and I’d consciously decided not to do that because it would have taken too long without being a great point anyway, and I stand by that decision. But the judge who was an actor was full of compliments and basically just told me how great I’d been before giving me the highest mark, so I’m absolutely thrilled with that! I got 5-6-5 for the marks, which was in the top 4 I think (scale 1-6), so that was really good. In the end I didn’t get to the second round or to the national final, and of course that was a bit disappointing, but honestly I don’t feel that it really reflected much on my performance – I think I did the best I could have done, it’s just that the others were absolutely amazing too and someone had to win (Also I think the judges and the audience rather like the topics that are a bit more save-the-world- relevant!). I’ve had so many positive comments on my presentation and I feel really proud of my performance; so that really is the most important thing! (cliché or not!) What a confidence boost – at the moment I feel like I could do anything. Prize giving! I actually got a shout-out from Svein Stølen, the UiO rector, on how little birds will never be the same again! (I think he knows me now, he also mentioned me in his speech for the posters at PhD day!) Photo: Terje Heiestad

The experience was really awesome and it’s left me wondering whether I could do more stuff like this in the future. I’ve had so much fun and felt an enthusiasm I don’t normally get in my daily research. I also made some great new friends! It feels a bit strange to go back to work on my project – I do have a PhD to finish. But luckily I’m also doing another project this autumn – helping to make the new exhibition about Evolution at the museum! More on that later!

Hanna Nyborg Støstad (@hannastostad) is a Freelance Science Writer, and is also affiliated with the University of Oslo as a guest researcher. This story was published on September 27, 2017, on Hanna's blog (available here) and has been republished here with her permission.