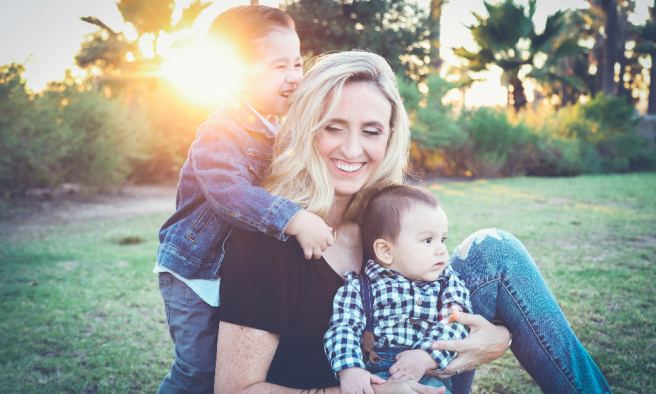 My friend Dr. Andrea Kirkwood contacted me on Twitter this morning to direct me to this post on The Guardian. In it, a new mother talks about her dismay when several of her colleagues judged her for “taking time off” for maternity leave and held her to higher expectations upon her return to graduate school. She felt she had to “make up for” what was perceived by others as a poor choice that proved that she wasn’t serious about her research. The post really resonated with me and I suspect that many female academics who are parents have experienced the same biased responses upon returning to school or the workforce.

So, let’s flesh out and challenge some of the erroneous assumptions that some faculty in the academy still make about parents.

Ha, ha, ha, ha, ha! This is a good one and is totally hilarious. It is also totally wrong. By far, the hardest thing that I have ever done physically and mentally in my entire life is give birth to and care for my children in the first 2 years of their lives. Performing PhD research, writing your dissertation, and defending your thesis is a cake-walk compared to feeding, bathing, loving, diaper-changing, and raising a small child. Going back to school was far less challenging and demanding than the first 9 months that I spent with each of my children at home being the primary care giver. It is a trial by fire and you come through it changed forever, usually rising like a phoenix from the ashes. If I can handle that, I can take whatever science wants to throw down. I’m ready to rumble…

2) Choosing to have children as a female academic = Bad choice

My children have increased my appreciation of my life in a myriad of ways. They have opened up my eyes to seeing the world from entirely new perspectives and have allowed me to recognize that my perspective is not the only viewpoint and is not always correct. This is valuable. Having children exponentially increased my productivity, time-management, and project management skills while being a graduate student and post-doc. These skills have directly contributed to my ability to secure a tenure-track faculty position and be successful at it.

Let’s replace these erroneous assumptions with some better realities.

1) Having children = Getting a healthy perspective on what really matters

Crappy day in the lab? That’s o.k., because your son still wants to play Thomas the Tank Engine with you that evening and your daughter still thinks that you give great zerberts. I will always make the argument that people are more important than projects. Having kids has also made me a much more empathetic and considerate colleague. Everyone has a tipping point where more time spent on science does not equal greater returns and is in fact detrimental. Kids are great at making you realize the irrationality of your first-world problems.

2) Having children = Checking your pride at the door and learning it’s o.k. to ask for help

When I was younger, I wanted to figure out everything on my own because I was ashamed to ask for help, didn’t think it was necessary, or thought that I knew best. Having children reveals the depth of your ignorance on a wide variety of topics. I’ve found that it’s had a profound mellowing effect on my high-strung, Type-A personality. Sometimes it’s o.k. to have cereal for dinner. Lots of times, good enough and finished is better than perfect but not completed. Life gives you lemons, make lemonade. There is no point in reinventing the wheel. Great colleagues are always willing to help you out and you can return the favour when they need assistance later. An ability to admit ignorance is a strength, not a weakness.

I’m happy with my academic and personal choices and wouldn’t change much if I could go back in time for a “do-over.” The only thing that I would change, if possible, would be the attitudes of some people who seemed to think that I had checked-out of an academic career by choosing to have a family while being a woman in science. There is an immense degree of satisfaction in having proved these nay-sayers wrong. I also feel fortunate to be in a position where I can help the women and men who are coming up the ladder behind me who would like to combine having a family with an academic scientific career. The view from up here is, after all, amazing!

Dr. Allison McDonald (@AEMcDonaldWLU) is an Associate Professor in the Department of Biology at Wilfrid Laurier University in Waterloo, Ontario, Canada. This story was published on April 9, 2015, on Dr. McDonald’s blog, Doctor AI (available here) and has been republished here with her permission.