Morning thoughts during an uprising 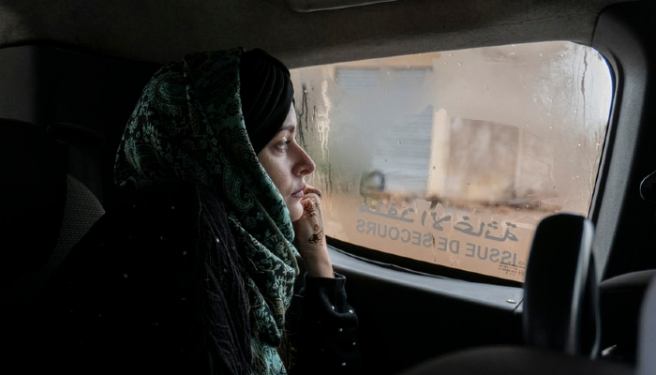 Editor’s note: This is the personal account of a teaching faculty in Lebanon during the time of the October Revolution/Lebanese civil protests in 2019. The images in this story were shared by the author.

It is already 6:30 am and I haven’t even started to get dressed. I think I will go for a simple casual outfit, no high heels, and only a concealer to hide the dark circles under my eyes.

I teach at a university and I have to leave home by 7 am latest to arrive on time for the 8:30 am class that I teach. Students will most probably not show up, I think as I head out.

The faculty administration sent out a notice saying that regular classes will continue as usual. So, I will show up and set an example for order and discipline, but how can I expect my students to be disciplined in such exceptional times when I, myself, can’t even put my cluttered mind in order?

Jal El Dib’s main road is blocked by protesters so I will definitely get stuck in traffic. Will the road to the airport be open from tomorrow? I’ve worked so hard on that paper. I can’t even imagine that I won’t be able to present it in Italy. If I don’t show up for the conference, will they not consider it? I should send an email asking about that. No, no, I still have time. I should wait to see what will happen. Now I should focus on the issue at hand. Get my act together and call the Traffic Management Center again. It shouldn’t be worse than last year’s two-month-long strike. Our students stood by us back then to defend our rights. Now we should do the same… The line is still busy. I guess I’ll just wait five minutes and try again.

Yesterday, protestors took offence at the president’s speech. They blocked roads and highways. One of the protestors, Alaa, a Druze father of three, was shot in the head in front of his wife and child. The video of the victim drowning in his own blood was widely shared on social media. Different interpretations of one of the president’s controversial comments “If people aren’t satisfied with any of the decent leaders, let them immigrate,” was behind the uproar. I should be writing about this, on the power of words and intralingual translation. Instead, I watch TV with the little child’s screams resonating in my head. I can even smell the blood. To make it worse, there’s an old man with a breathing tube attached to an oxygen tank being interviewed right now on TV. Short breaths—he can hardly speak. He reminds me of my late father who used to suffer from pulmonary fibrosis. His encouragements, his faith in me, his sacrifices to give me a better future. I wish he could have been there during my thesis defense to see everyone clapping as I was granted my degree. I have to brush over these thoughts. I have to invest my time off from teaching to be productive. That’s what he would have suggested had he been still alive.

I can hear the cursing and shouting from the room next door. A new fight has erupted and it is being broadcasted live on TV and, now, family members are fighting amongst themselves. I can hear my father’s words: “You got this, focus, write. This is how it is and how it has always been. Block all the noise. Despite it all, make it happen.”