Towards a sustainable future: Novel technology to measure…
Charge change: How electric forces vary in colloids
Making the "human-body internet" more effective
The shape of water: What water molecules look like on the…
A powerful catalyst for electrolysis of water that could… 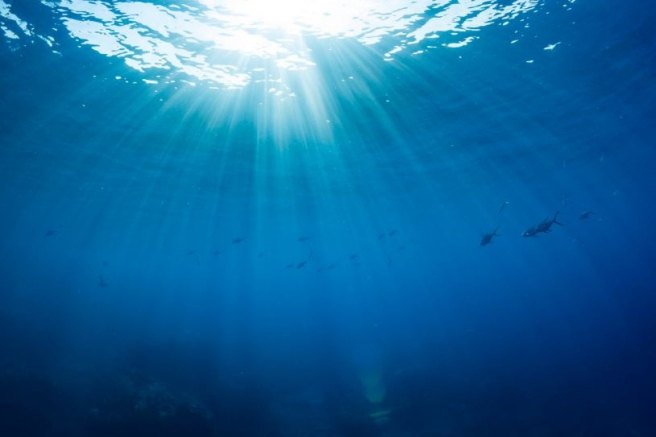 Light is versatile in nature. In other words, it shows different characteristics when traveling through different types of materials. This property has been explored in various technologies, but the way in which light interacts with materials needs to be manipulated to get the desired effect. This is done using special devices called light modulators, which have the ability to modify the properties of light. One such property, called the Pockels effect, is seen when an electric field is applied to the medium through which light travels. Normally, light “bends” when it hits any medium, but under the Pockels effect, the refractive index of the medium (a measure of how much the light bends) changes proportionally to the applied electric field. This effect has various applications in optical engineering, for example, in optical communication, displays, and electric sensors. But, exactly how this effect occurs in different materials is not very clear yet, making it difficult to fully explore its potential.

In a breakthrough study published in OSA Continuum, a team of scientists led by Prof Eiji Tokunaga at the Tokyo University of Science and including Daisuke Hayama, Keisuke Seto, Kyohei Yamashita, Shunpei Yukita (all Tokyo University of Science), and Takayoshi Kobayashi (The University of Electro-Communications and National Chiao-Tung University) shed light on the mechanism of Pockels effect in a new type of light modulator. Until recently, this effect had been observed in only a special type of crystal, which is costly and hence difficult to use. Twelve years ago, Prof Tokunaga and his team observed this effect, for the first time, in the top layer (also called the interfacial layer) of water—something that is not seen in the bulk of water—when it is in contact with an electrode, showing a glimmer of hope for scientists trying to create simple optical devices. Although the Pockels coefficient (a measure of the Pockels effect) was an order of magnitude greater, it turned out that because this effect was generated only in the thin interfacial layer, this called for a highly sensitive detector. What’s more, even its mechanism was not clearly understood, further complicating the process. Prof Tokunaga and his team wanted to find a solution, and after many trials and errors, they finally succeeded. Discussing his motivation for the study, Prof Tokunaga says, “It is difficult to measure the electro-optic signal using water as the medium because it occurs in only a thin layer. Therefore, we wanted to find a way to extract a large signal from the medium, which would not require high-sensitivity measurements and would be easier to use.”

To do this, the scientists created a setup with a transparent electrode on a glass surface in water, and an electric field was applied to it. The interfacial layer (also called the electric double layer or EDL) is only a few nanometers thick and shows different electrochemical properties than the rest of the water. It is also the only part of water where Pockels effect can be observed under an electric field. The scientists used the concept of total reflection to create a large angle at the interface between water and electrode. They observed that when light travels through the electrode and enters the EDL, changes in the refractive index of both layers can modify the reflected signal. Since the refractive index in the transparent electrode is larger than for both water and glass (1.33 and 1.52, respectively), the amount of light reflected at both ends increases, thereby causing a more enhanced Pockels effect. This was important because a large, more enhanced signal would mean that even low-sensitivity devices could be used to measure it. Moreover, because the experimental setup is not complex, consisting of only a transparent electrode dipped in water containing electrolytes, this method is much simpler to use. Not to mention, water is an inexpensive medium, resulting in a low-cost process overall. Elaborating these findings, Prof Tokunaga says, “Through our technique, we observed light modulation with a maximum intensity change of 50% proportional to the applied AC voltage.”

Q&A
How should I select a journal in the field of economics?
I am currently pursuing a doctoral degree in the field…
4.2k views

Encouraged by these observations, Prof Tokunaga and his team wanted to verify these results using mathematical calculations. They were surprised to find that the theoretical calculations matched with the experimental results. Moreover, they observed that theoretically, a 100% light intensity modulation could be achieved, which was exciting because this confirmed their findings. Prof Tokunaga says, “The results were surprising, but it was even more surprising when our theoretical analysis showed that they could be perfectly explained by existing optical knowledge.” The scientists also say, “The results of this research not only have applicability to unique light modulation elements and interface sensors using water, but the discovered enhancement principle opens up the possibility of using any interface that exists universally.”

This new method of modulating light serves as a better alternative to existing ones, especially owing to advantages like low cost and easier detection. Not only this, Prof Tokunaga and his team believe that by uncovering new mechanisms of light modulation, their study will open doors for more advanced research in this field. Prof Tokunaga concludes by saying, “Our unique light modulation technology is unprecedented and has many possible applications because it shows a general way to extract a large Pockels signal from a universally existing interface. In addition, we hope that our study will give birth to a new area of research in optics, thereby revolutionizing the field.”

Infographic
Nobel Prize facts part 2: Laureates by field and country
In the first part of the Nobel Prize Facts series, we…
1.9k views

With a mission of “Creating science and technology for the harmonious development of nature, human beings, and society,” TUS has undertaken a wide range of research from basic to applied science. TUS has embraced a multidisciplinary approach to research and undertaken intensive study in some of today's most vital fields. TUS is a meritocracy where the best in science is recognized and nurtured. It is the only private university in Japan that has produced a Nobel Prize winner and the only private university in Asia to produce Nobel Prize winners within the natural sciences field.

About Professor Eiji Tokunaga from Tokyo University of Science

Dr Eiji Tokunaga is a Professor at the Tokyo University of Science. A respected and senior researcher in his field, he has more than 80 publications to his credit. He is also the corresponding author of this study. His research mainly involves the study of optical properties in different media. Having spent almost three decades in the field of optics, Prof Tokunaga has introduced several new concepts related to the properties of light.

This work was supported by a Grant-in-Aid for Scientific Research (C) (grant number JP15K05134) by the Japan Society for the Promotion of Science (JSPS) and Murata Science Foundation.