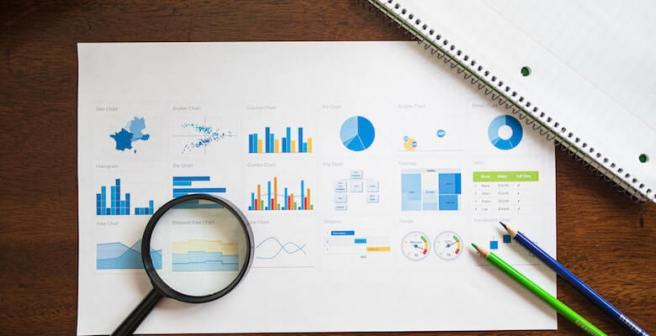 Nobel Prizes are widely considered the pinnacle of achievement for their field. They are usually granted to researchers whose discoveries have made a profound difference to scientific progress.

Nobel laureates are usually heroes within their fields, commanding considerable respect; however, their status does not make them invincible from scrutiny. For example, Shinya Yamanaka apologized publicly after a potential image fabrication by a co-author in a 2000 paper.1

Recently, another laureate has come under fire. This time, up to 52 papers published by Gregg L. Semenza, one of the 2019 laureates for Physiology or Medicine, have been scrutinized for potential image manipulation. While Nobel laureates retracting their papers is not new2, the number of publications affected and amount of public attention are unprecedented.

Gregg L. Semenza is an American pediatrician and researcher who won the 2019 Nobel Prize for Physiology or Medicine for “discoveries of how cells sense and adapt to oxygen availability,” which he shared with William Kaelin Jr. and Peter J. Ratcliffe3.

At Johns Hopkins, he researched the molecular and genetic underpinnings of cellular responses to hypoxia. He investigated the EPO gene and its regulation by varying oxygen levels. He showed that hypoxia-inducible factors (HIFs) mediate these responses and published his findings in 1995. Since then, he has continued his research into the molecular mechanisms of adaptation to hypoxia and its relevance in disease.

In 2011, Semenza retracted a paper published with Naoki Mori4 after it was alleged that Mori had manipulated the images in articles published between 2000 and 2009. Despite this, his career was largely unaffected.

PubPeer is an online portal that acts like a “journal club.” Users can pseudonymously discuss papers and share concerns about their data or conclusions. It has gradually gained a reputation for its community of sleuths who sniff out fabrication or other unethical misconduct in scientific publications.

Only one year after Semenza received his Nobel Prize, users of PubPeer began noticing issues in the figures of several of his papers. In 2020, the scrutiny gradually ramped up; For Better Science released an excellent summary of the questionable findings5. As conversation continued and users dug deeper, they eventually identified 52 papers published until 2021 with questionable results, mostly related to figures. To date, 17 of these papers have been retracted, including four papers retracted from PNAS6, and a further 32 have been identified as concerning by their journals.

Nobel Prize facts part 2: Laureates by field and country
In the first part of the Nobel Prize Facts series, we…
8k

Elisabeth Bik, a well-known scientific integrity consultant, remarked “the fact that there are multiple papers now retracted for manipulated images, and several others still under investigation suggests an intention to mislead.” Meanwhile, Semenza has declined several requests for comments7.

Hypoxia has attracted considerable attention due to its potential role in disease pathogenesis and clinical relevance for cancer therapies8. However, given the number of potential fabrications, researchers may need to re-evaluate the role of hypoxia in disease, much like how the role of amyloid beta in Alzheimer’s disease has been thrown into question following the discovery of possible misconduct by Lesne et al.9 earlier this year. Image manipulation not only brings the results of a study into question, but also damages our trust in the results of a whole research area.

Given the numerous dramatic retractions seen recently, this controversy is likely not the last high-profile instance of suspected academic misconduct we will see.

2. Oransky, I. Lasker Award recipient had retracted some of his work — a sign of strength, not sloppiness. STAT https://www.statnews.com/2019/09/16/lasker-award-recipient-has-posted-retractions-a-sign-of-strength/ (2019).

3. The Nobel Prize in Physiology or Medicine 2019. NobelPrize.org https://www.nobelprize.org/prizes/medicine/2019/press-release/.

8. The role of hypoxia in cancer progression, angiogenesis, metastasis, and resistance to therapy - PMC. https://www.ncbi.nlm.nih.gov/pmc/articles/PMC5045092/.