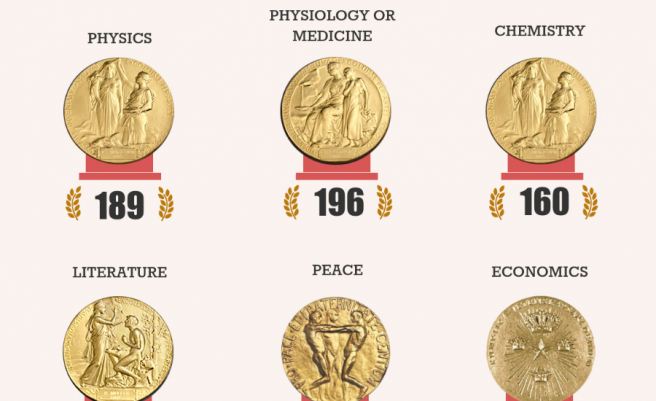 The first part of our Nobel Prize Facts series told you more about how the Nobel Prize, considered by many as the most prestigious accolade a scientist can receive, came into existence. Let us now look at some numbers - how many Nobel Prizes have been awarded, how many times have female Laureates been recognized for their work, which fields have the most Laureates and what countries do the Laureates come from? Stay tuned for more interesting facts about the Nobel Prize!