Scientists crack the code to improve stress tolerance in plants 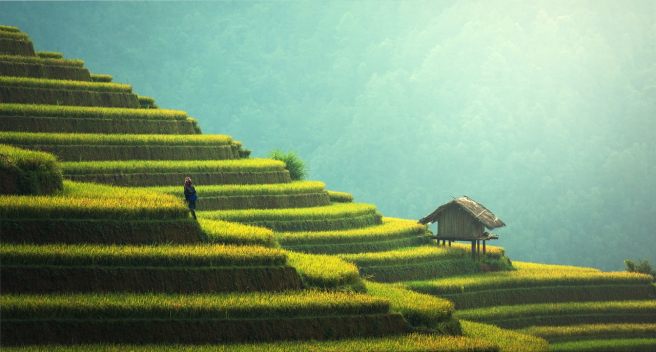 In any eukaryotic organism, the DNA in a cell exists not as a loose strand, but as a highly condensed complex that consists of DNA and other proteins known as histones. Overall, this condensed structure is referred to as chromatin, and this packaging is important for maintaining the integrity of DNA structure and sequence. However, as chromatin restricts the topology of DNA, modification of chromatin (via modification of histones) is an important form of regulation of genes and is referred to as epigenetic regulation. Now, a group of scientists, led by Prof Sachihiro Matsunaga from Tokyo University of Science, has uncovered a novel epigenetic regulation mechanism, at the center of which lies a histone demethylase enzyme called lysine-specific demethylase 1-like 1 (LDL1). Prof Matsunaga states, “The novel mechanism of epigenetic regulation that we found is related to DNA damage repair in plants, and we believe that it has a lot of real-world applications.” This study is published in Plant Physiology.

An organism’s genome is constantly subjected to various stresses that cause instabilities or errors in it, resulting in damages or “breaks” in the sequences. These breaks are repaired autonomously by a process called homologous recombination (HR), and thus, HR is essential for maintaining the stability of a genome. Like for all other genetic regulatory processes, the chromatin structure needs to be modified for HR to occur smoothly. Prof Matsunaga and team had previously discovered a conserved protein called RAD54; they found that RAD54 is involved in chromatin remodeling in the model plant Arabidopsis and thus aids in genomic stability and response to DNA damage. However, both the recruitment of RAD54 at the site of HR and the proper dissociation of RAD54 from the site are important for it exert its effects. When asked about their motivation for this study, Prof Matsunaga candidly states “Our previous study identified that RAD54 aids HR but the mechanisms of recruitment and dissociation were poorly understood. Our new study attempts to shed light on these mechanisms.”

Using techniques such as co-immunoprecipitation and mass spectrometry, the scientists first identified and shortlisted proteins that interact with RAD54 and regulate its dynamics with chromatin during HR-based DNA damage repair in Arabidopsis. They then identified, for the first time, that the histone demethylase LDL1 interacts with RAD54 at DNA damage sites. They found that RAD54 specifically interacts with the methylated fourth lysine amino acid on one of the four core histones in the chromatin, H3 (H3K4me2). The scientists then found that LDL1 suppresses this interaction by demethylating H3K4me2. They concluded that LDL1 removes excess of RAD54 from DNA damage sites via the demethylation of H3K4me2 and thus promotes HR repair in Arabidopsis. Thus, LDL1 ensures proper dissociation of RAD54 from the HR repair site in the DNA.

Hailing this exciting result, Prof Matsunaga says, “This finding is an important addition to plant science as well as basic molecular biology. This is an extension of our previous research that showed that RAD54 accumulated in damaged sites in Arabidopsis and that excessive RAD54 suppresses damage repair, which could be dangerous to the plant. Our new study shows that LDL1 aids and improves DNA damage repair by removing RAD54 from the damaged site.”

So, why are the findings of this study so important? Prof. Matsunaga explains this, too. “Unlike animals, plants are stationary and, therefore, more vulnerable to environmental stresses such as high temperatures, dryness, pathogens, parasites, and poor soil conditions,” says Prof. Matsunaga, “and these stresses suppress the development and growth of plants by causing DNA damage. Therefore, an efficient DNA damage response is crucial to ensure optimum growth and survival of plants. Our study reveals one possible epigenetic regulation mechanism that can improve the DNA damage response in plants.”

Finally, Prof Matsunaga touches upon the most important application of this group’s research. “Plants can be treated with LDL1 to artificially control epigenetic modification so that they become more tolerant to stresses such as infections, environmental stresses and mechanical stress,” says Prof. Matsunaga. “We think that this will be useful in creating resistant varieties of crop plants with improved growth and longevity and better characteristics, thus contributing to global food security.”

Prioritize yourself in 2021! Learn how to avoid stress and burnout in academia
To help you approach 2021 on a positive and well…
0.9k

Dr. Sachihiro Matsunaga is a Professor of Applied Biological Science in the Faculty of Science & Technology at the Tokyo University of Science. A respected and senior researcher, he has more than 150 research publications to his credit. He is also the corresponding author of this paper. His chief areas of interest include epigenetics, plant genetics, plant stress tolerance, agricultural science, and plant biotechnology.

Japanese scientists crack the code to regenerate plant tissues
A group of scientists from Tokyo University of Science…
5.8k