Should research misconduct be considered a criminal offence? 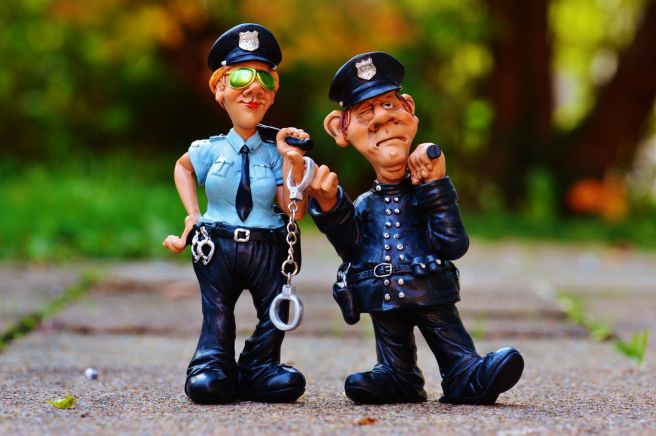 Last year, the case of research misconduct involving Dong-Pyou Han made headlines. Han, a biomedical researcher from Iowa State University, was sentenced to 57 months of prison and fined $7.2 million for falsifying results in federally funded HIV vaccine studies. The Office of Research Integrity (ORI), one of the bodies overseeing research integrity in the United States, had simply forbidden Han from receiving federal grants for three years. However, taking a view of the magnitude of the act, Senator Charles Grassley pressed for more severe punishment, and eventually, criminal charges were pressed against Han. The case received extensive media attention and the most widely discussed question within scholarly circles was: Should scientific misconduct be considered a criminal offense?

Misconduct in research is a serious offence that amounts to the violation of professional ethics as well as public trust. Disturbingly, incidents of misconduct among researchers have been on the rise. Some markers of this are the increasing volume of retractions and data fabrication incidents as well as the reproducibility crisis. Accusations of misconduct are usually followed by investigations by the institutions that accused researchers are associated with. Typically, when an incident of misconduct surfaces, it leads to journal retraction, termination of employment, suspension, funding bans, and so on.  Seldom do we hear of instances where misconduct leads to prosecution. However, these penalties are not always successful in deterring researchers from committing fraud in the future. Some science professionals have pointed out that research misconduct should be brought within the periphery of the penal code. Would considering academic fraud a criminal offence be fair to researchers? Would such a step encourage researchers to be ethical and honest? Is it possible to deal with research misconduct in a courtroom?

One of the principal arguments in favor of criminalizing research misconduct is that researchers are not above the law and their fraudulent acts should be dealt with in the same manner as any other deceitful crimes such as theft, felony, and embezzlement. Of course, the magnitude of the misconduct should determine the level of punishment meted out to guilty researchers. For instance, honest errors or unintentional indulgence in misconduct is exempted by the ORI. Nevertheless, intentional acts of misconduct that involve misuse of federal funds or endanger public health should not be taken lightly and deserve legal attention. This is also the opinion held by some medical practitioners like Zulfiqar Bhutta, the co-director of research for the Centre for Global Child Health at The Hospital for Sick Children in Toronto. Dr. Bhutta says, “If someone defrauds tax payers with research money and falsifies data or falsifies entire research results, it is no different than any other form of similar economic crime.” Advocates of this argument are in favor of adding criminal proceedings to the current measures used to bring researchers to justice. According to them, the legal aspect would break researchers’ assumption that they can continue to lead a normal life with minor sanctions despite being found guilty of misconduct.

On the other hand are those who express the inefficacies and inanity of prosecuting research frauds. Scott Burris, a professor of law at Temple Law School, states that such a step could have a “chilling effect on science.” It is argued that most researchers are honest and are not hardcore criminals. They are under tremendous pressure on the professional front and some succumb to it. Paul Thaler, a Washington DC based lawyer who represents researchers embroiled in misconduct proceedings, says that guilty researchers can “be productive members of society after they pay their penalty, so too does science not necessarily want to rid itself of all scientists accused of misconduct.” Taking this argument further, Burris adds that criminalization of misconduct would discourage researchers from venturing into controversial or sensitive areas of research, such as gene editing, which might increase their chances of being penalized.

Would this be considered a case of academic misconduct?
The case is as follows.A supervisor has recently…
63

Another aspect to this issue is the institutions’ hesitation to pursue criminal charges. Most institutions lack the money and resources to prosecute guilty researchers. Moreover, getting embroiled in legal trials is likely to bring bad publicity, which most institutions would want to avoid. Cases involving research-related misconduct tend to be complex and are completely different from other kinds of proceedings, informs Thaler. Lawyers have to rely heavily on their clients or appointed experts to understand the case and its intricacies. Susan Zimmerman, executive director of the Secretariat on Responsible Conduct of Research, sums up the problem aptly: “The amount of time and energy and resources that would go into attempting to prove a criminal conviction — and if you fail to meet that very high burden of proof, that person will get off.” As a result, institutions prefer to handle cases of misconduct on their own with the help of governing bodies like the ORI. Many support this view because they feel scientific institutions are more capable of understanding and resolving allegations of misconduct compared to lawyers and police officials.

Many in the scientific community believe that only the worst offenders should be prosecuted. Those involved in fraud that has limited repercussions can receive punishments such as funding bans or termination of employment. David Wright, a former ORI director, says that barring a researcher from receiving funding is the highest level of sentence a governing body can impose. He says that it amounts to “a professional death sentence” and adds that, “It’s questionable how much more is to be gained by jail time.”

This is an extremely controversial topic with varying opinions. What do you think about this? Should researchers involved in misconduct be sent to prison? If not, what is the most ideal corrective action? Please leave your comments below.

When Scientists Commit Fraud, It’s ‘Scientific Misconduct’ – Should It Be Criminal Fraud?

Scientific fraud: Is prosecution the answer?

Should fraudsters be criminally prosecuted?

Richard Smith: Should scientific fraud be a criminal offence?

Here’s why this lawyer defends scientists accused of misconduct

Can scientists found guilty of misconduct be rehabilitated? 3 min read